As confusion reigned among Shanghai citizens over the correct classification of waste since the city’s trash sorting regime kicked in on July 1, China’s tech giants have been quick to jump in with solutions.

Shanghai was the first Chinese city to enforce new regulations for waste management, as the superpower attempts to curb its trash production that has already overtaken the United States’. 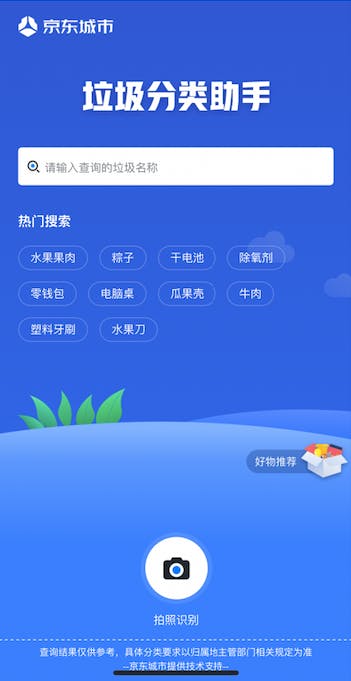 The Snapshop trash sorting function can be found in the JD Finance app. Users may search for “垃圾分类(trash sorting)”  to open it. Image: JD.com

If consumers can’t decide which bin to throw their trash in, the JD.com app features a SnapShop function where users can take a photo of the waste they have on hand and upload it on their smartphones. The function analyses the photos then immediately provides a response on whether the trash should be disposed of in any of the four garbage categories—wet, dry, hazardous or recyclable.

The SnapShop waste sorting function is based on the SnapShop 24/7 shopping consultant, already popular among users who need information on where to buy a certain product that was perhaps worn by a celebrity or an imported item with descriptions in a foreign language.

The function is publicly available as an open artificial intelligence platform called NeuHub, which is a repository of JD’s AI products that companies can visit to source different kinds of technology to implement in their own applications.

JD.com has also activated a function in its AI-powered virtual personal assistant called the JD smart speaker. Much like Amazon’s Alexa, JD launched its smart speaker in 2015 as a voice-activated home automation device that plays music, makes to-do lists, and streams podcasts. But now, it will provide a recommendation to consumers who describe the waste they wish to discard. 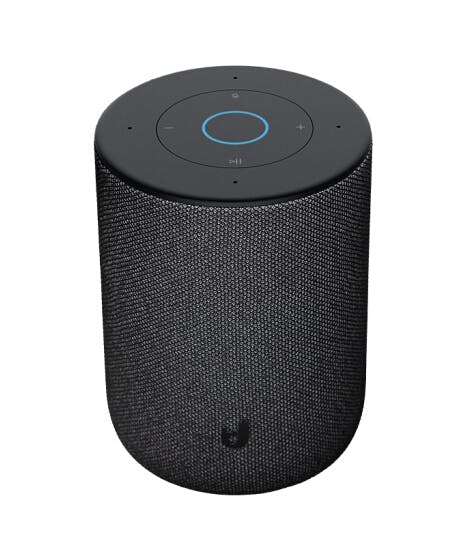 JD.com spokesman Brad Burgess said that the platform’s accuracy in recognising trash is over 90 per cent. It is available to the JD app’s 300 million users.

Other tech giants that have developed solutions for consumers include Alipay and Tencent.

The South China Morning Post reported that Tencent, operator of the messaging app WeChat, introduced a Master of Trash Sorting mini programme for users in Beijing, Shanghai, Shenzhen and Guangzhou,  instructing them on how waste should be sorted based on key words.

Alipay, the financial arm of Alibaba, has also deployed artificial intelligence and augmented reality for a mini programme that allows users to scan items using their smartphone cameras to determine which category the rubbish belongs to. Alipay said last month that the programme has assisted more than three million people since its beta test phase in early July.

Hundreds of waste-related apps and programs have also appeared on WeChat, Alipay and Apple’s app store.

Shanghai’s 26 million residents face steep fines of up to US$29 while companies may be penalised with US$7,000 if they do not sort their waste correctly.

The metropolis’ experience will guide China’s plans to have waste-sorting systems in 46 cities by the end of 2020, and offer lessons to other countries.