The American company is the last of the Big Three consulting firms to open a sustainability solutions centre in Singapore, as the city-state positions itself as a regional carbon services hub.

Boston Consulting Group (BCG) has launched a new initiative in Singapore focusing on funding and advising sustainable business in Asia.

The American firm is the latest multinational company to set up such a service in Singapore in the past few months, and the last of the “Big Three” consulting firms to do so, after McKinsey & Company in November and Bain & Company in 2020. Accounting giant PwC set up a similar service in December.

BCG said the new initiative, named the “Climate and Sustainability Hub for Innovation in Asia”, will partner firms to invest in sustainable businesses, offer technical climate knowledge and provide training opportunities via internships and accreditation.

It will be headed by Michael Tan, who leads BCG’s public sector practice in Southeast Asia, and Dave Sivaprasad, BCG’s Southeast Asia lead for climate and sustainability. BCG said it will be hiring more experts and bringing in staff from global offices.

“Singapore’s location in the heart of Southeast Asia as well as being a regional trade hub provides a unique vantage point,” said Neeraj Aggarwal, BCG’s Asia Pacific chair, at the launch event in BCG’s Singapore office.

The move has the backing of Singapore’s government.

“Carbon services will be needed as we invest in new technologies and solutions in mitigation and adaptation, develop the carbon credit market, and mobilise capital for new growth sectors in sustainability,” said sustainability and environment minister Grace Fu. 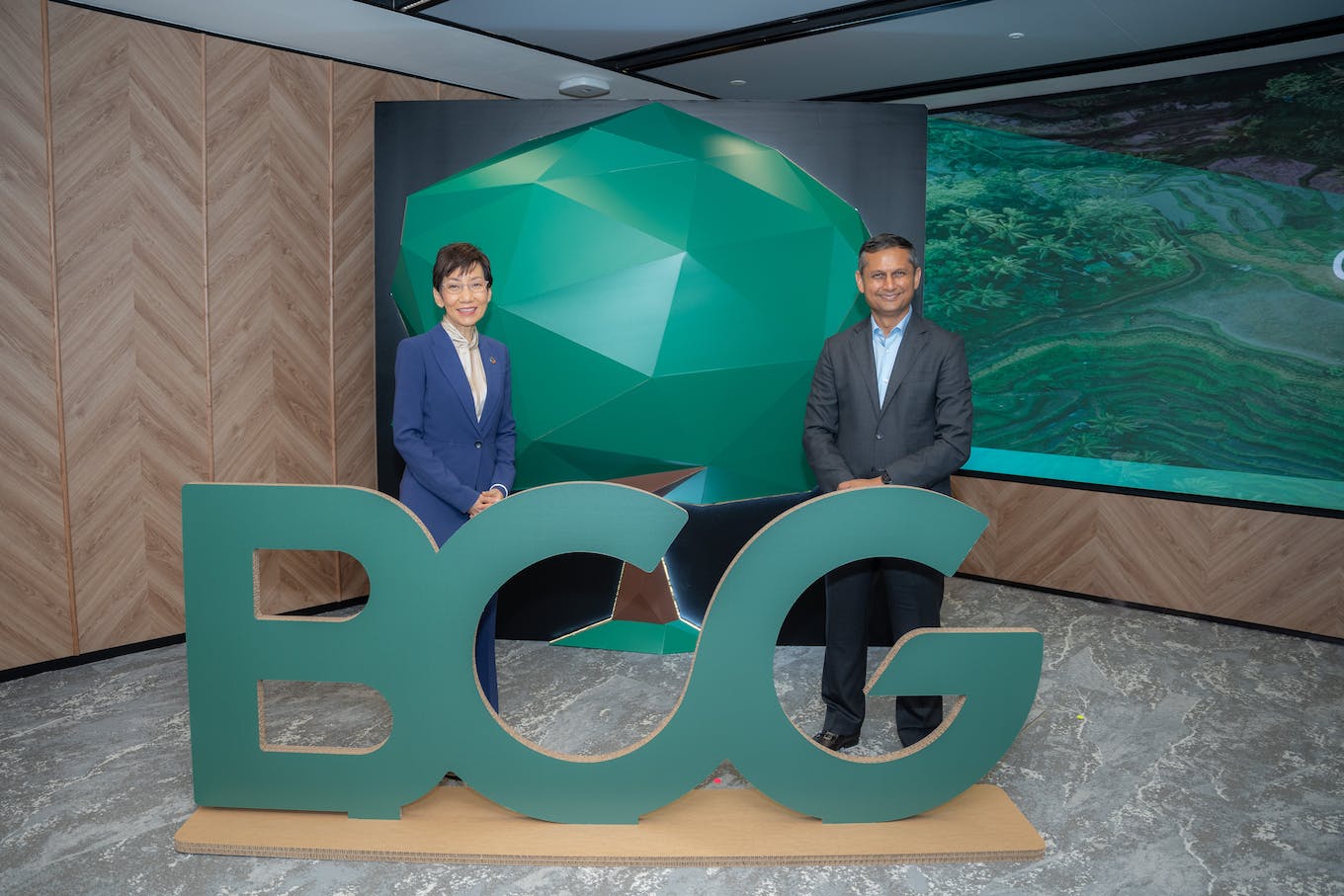 BCG said the hub will help to accelerate its existing climate work in the region through acquiring talent and forming new partnerships, including with climate investors.

It added it is looking to use software and technology to solve four challenges – decarbonisation, using raw materials more efficiently, food and water security, as well as adapting to climate change.

BCG’s current work in Asia Pacific includes supporting carbon capture and storage initiatives, as well as planning for disaster adaptation. The firm has offices in over 10 countries in the region.

The consultancy also has partnerships with groups such as the World Economic Forum and global environmental non-profit WWF. It said more tie-ups will be announced in the coming months.

The sustainability consulting industry is growing fast as the private sector warms to the idea of responding early to climate risks. The market value is set to double to US$16 billion by 2027, according to recent research by analytics firm Vertandix.

Sustainability consultancy acquisitions tripled in 2021, reflecting competition in the sector and soaring demand for sustainability services.

Singapore’s government sees the development as an opportunity to advance its green economy ambitions, by positioning the country as a carbon services and trading hub. It claims to be hosting over 70 firms providing carbon services.

A state-commissioned paper published last year said that Singapore benefits from being close to large swaths of Southeast Asia’s forests, which could be used to generate carbon credits. The paper also highlighted Singapore’s business acumen and technical know-how in legalities and emissions monitoring.

However, critics contend that many forest projects miss their environmental targets. Indigenous people who depend on earmarked land may also be denied a fair share of benefits, or get lost in red tape.

Singapore ranks in the top 20 per cent of countries by emissions per capita, as it relies almost entirely on natural gas for power generation. The country is looking to green its energy and industrial sector using efficiency technology, clean hydrogen fuel, carbon capture and energy imports.

In February, the city-state announced this year its intention to achieve net-zero greenhouse gas emissions by around mid-century.