As intense floods and storms get more frequent in the region, there are growing fears that companies aren't even aware of the risks they face, let alone being prepared for them. 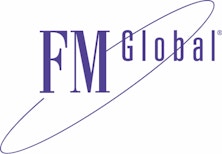 When Henan province in central China was deluged by heavy floods last summer, it was labelled a once-in-a-millennium event.

Widespread flooding in Malaysia at the end of the year was attributed to once-in-a-century downpours.

Such timestamps seem increasingly archaic, as increasingly intense extreme weather pummels a rapidly warming Earth. The United Nations’ Intergovernmental Panel for Climate Change (IPCC) warns of more frequent and intense flooding in the coming decades. There’s talk that heavy flooding in Malaysia may happen every decade at the end of the century.

“Flooding is not a matter of if, it is a matter of when,” said Yong Seek Ying, vice-president and an engineering manager for the Asia Pacific region at American commercial property insurer FM Global. Asia is the world’s most flood-prone region and loses US$30 billion from inundations annually.

“In the United States, that is very much established. In Asia Pacific, we are still trying to build awareness and knowledge in terms of, are people in a flood-prone area? If they are, what can they do to prevent it? This is still an ongoing process,” Yong added. Her team of engineers helps clients assess risks ranging from floods, earthquakes and typhoons, among other natural hazards.

Company leaders are focused on quarterly returns and profitability. They’re focused on this month, next month, next year. There’s this kind of short-term thinking that is pervasive in businesses today.

The fear now is that climate change is advancing so rapidly that businesses get knocked out by extreme weather events before they see a need to protect themselves. Such ignorance could mean huge financial losses, disruptions and erosion of investor confidence.

The Henan floods occurred in the heart of China’s transport and industrial hub. Total financial damage from the disaster reached US$16.5 billion as water seeped into car and electronics factories, stalling production. Over 300 people lost their lives.

Malaysia’s year-end deluge also hit Selangor, a major economic and political hub, which had not experienced an episode this bad since 1995.

“Most businesses are used to the weather fluctuating and being somewhat volatile, but without dramatic changes in the underlying trend. But the changing climate is producing that and is going to continue to produce that,” said Louis Gritzo, vice-president of research, international codes and standards at FM Global.

“Company leaders are focused on quarterly returns and profitability. They’re focused on this month, next month, next year. There’s this kind of short-term thinking that is pervasive in businesses today, because of the competition and the economic pressures that they are under,” he added.

Beyond floods, Asia Pacific is also set to be hit by increasingly severe winds. In the Philippines, experts say six super-typhoons — that is, a storm exceeding 185 kilometres an hour — a year is now the norm.

One such storm, Typhoon Rai, killed 400 last year, while cutting electricity and water to millions of households and businesses.

“The most logical solution is, don’t build facilities in a place that is flood prone,” said Yong.

But for the many existing factories in low-lying areas, Yong said it means helping clients figure out solutions ranging from small flood barriers to entire levees along rivers.

These measures are especially important in countries such as Thailand, where urbanisation has historically been concentrated along major rivers that brought trade to the kingdom, and cities like Jakarta in Indonesia, which is already sinking from over-extraction of groundwater.

Governments play a key role too, Gritzo said, as haphazard construction can often become a zero-sum game between neighbouring factories and regions as excess floodwater gets channelled from one area to another, causing flooding elsewhere. They can provide data to help with better planning, and finances to bolster climate adaptation.

“One of the things that we have seen recently is that bottom-up efforts are the most effective,” Gritzo said.

“Governments can’t simply mandate. They have to partner with companies because the companies are the ones that are going to have to execute plans, keep jobs in place and get the economy going,” he added.

Meanwhile, scientists are also warning against “mal-adaptation” to climate risks that could aggravate climate impacts. The latest IPCC paper on climate adaptation highlighted the risks of building coastal walls against sea-level rise, which imperils wildlife and could be toppled by extreme storm surges.

Gritzo added that companies need to ensure that their own installations are built with resilience in mind. Better insulation to reduce energy consumption from heating and cooling could mean greater fire risks if not properly installed. New climate-friendly installations such as solar power need to be protected against climate risks too.

“The message to companies is: think carefully as you pursue your sustainability objectives, make sure you’re not introducing new risks and unintended consequences,” he said.

The Asia Pacific region is one of the least insured regions of the world, with only 17 per cent of US$50 billion lost to extreme weather last year covered by insurance, according to global insurer Munich Re.

With more extreme weather events expected in the coming years, insurers are expected to raise prices to manage damage costs.

Consultancy Deloitte warned that rising premiums may turn people away from buying insurance, and suggested providing discounts for people who protect themselves against disasters. FM Global said industrial and commercial properties that do more to protect themselves from climate risks are in a better position to get favorable terms from their insurer.