8 brands called out for greenwashing in 2020

From dubious claims about ocean plastic to using children to promote natural gas, this year's pandemic tempted companies to jump on the woke bandwagon. Eco-Business highlights the times when brands were called out for piggy-backing environmental or social issues.

This year, perhaps more than any other in the history of advertising, companies have tried to sell to the world how much they care about people and planet.

Corporate hubris has made way for humility and messages of support for a world struggling to come to terms with a pandemic that has ruined lives, brought the global economy to its knees and revealed the vulnerability of humankind.

But as businesses have scrambled to communicate their good intentions, not all have managed to avoid appearing insincere, hypocritical or opportunistic. As one of the authors of the Guide Against Greenwashing pointed out in November, sustainability has seeped into marketing departments, as products and services pitched as sustainable are easier to sell. So, unjustified or unsubstantiated claims of being “green”, “sustainable”, “eco”, “diverse” or “fair” have become more common.

Eco-Business highlights the occasions brands were called out for piggy-backing an environmental or social issue to look woke, or just sell more stuff, this year. 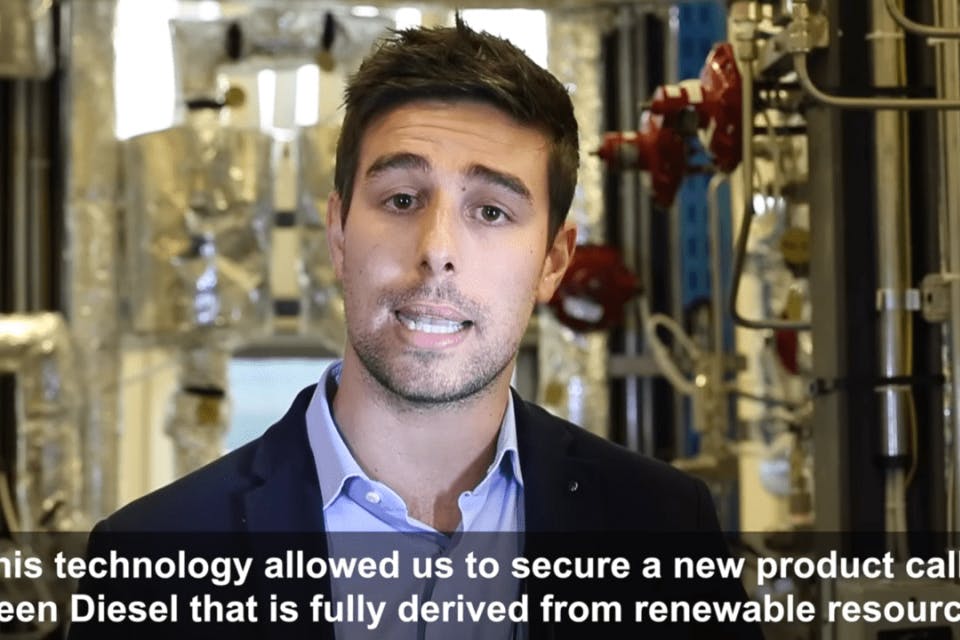 Eni was fined for claiming that biodiesel is a “green” fuel.

At the beginning of the year, Italian oil major Eni made history by being the first in the country to be prosecuted for greenwashing. The company was fined €5 million (US$5.94 million) for claiming that its palm oil-based diesel was ‘green’ in an advertising campaign.

Italy’s advertising watchdog ruled that the marketing campaign misled consumers with claims that the ‘green’ Eni Diesel+ fuel was good for the environment, saves fuel and reduces air pollution. Eni ended the campaign and said it would not use the word ‘green’ to describe motor fuels again. The case drew attention to the debate in Europe as to whether biodiesel can be considered eco-friendly. The European Union is to phase out palm oil-based biodiesel by 2030, citing the crop’s links to deforestation.

In a video campaign by Singapore’s Energy Market Authority to tell the city-state’s energy story, one episode used children to talk about Singapore’s main source of power: natural gas. “We need electricity to power many things. Lights, air-con, even the fridge so I can eat my favourite ice-cream!” said one of the children. “And to produce electricity, we use natural gas. Natural gas is the cleanest fossil fuel around. It gives out less carbon dioxide than coal when used for producing electricity,” said another.

What are you willing to change to help reduce emissions?

When Shell asked what people were prepared to do to help reduce the world’s carbon footprint, it was a question straight out of the fossil fuel lobby’s playbook — shift responsibility for climate change to individual consumers to take the heat off themselves, said United States Democrat politician Alexandria Ocasio-Cortez on Twitter. 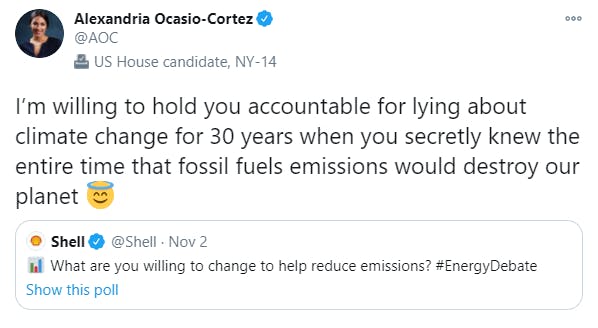 Alexandria Ocasio-Cortez tweets Shell’s poll that asked what people were doing to curb their emissions.

The congresswoman was responding to a poll Shell launched on Twitter to start a debate about the energy transition. She noted that Shell had known about the dangers of fossil fuels emissions since the early 1990s. She added: “The audacity of Shell asking YOU what YOU’RE willing to do to reduce emissions. They’re showing you RIGHT HERE how the suggestion that indiv choices - not systems - are a main driver of climate change is a fossil fuel talking point.”

A bottle made from plastic pollution? 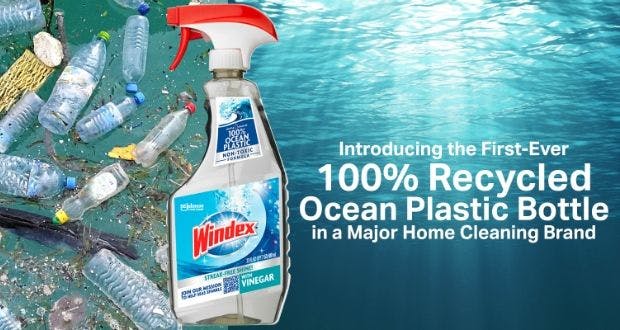 SC Johnson’s Windex Vinegar Ocean Plastic bottle claims to be the world’s first window-cleaner bottle made from 100 per cent recycled ocean plastic. The “ocean plastic” claim suggests that the plastic was actually retrieved from the ocean. Not so — it was sourced from plastic banks in Haiti, the Philippines and Indonesia; plastic collected on land that would otherwise have leaked into the ocean, which is usually known as ocean-bound plastic.

“Some brands are overreaching and giving consumers the impression that ‘ocean plastic’ is pulled out of the ocean, bottle by bottle. This is simply not the case,” said Vytas Gruodis, managing partner of recycling firm Bantam Materials in an interview in May. “The sun and salt degrades plastic, and it is not usable for recycling. It is also not commercially viable or realistic to pull bottles out of the water at scale,” he said.

Windex is also marketed as “non-toxic”, a claim that has been legally disputed. A class action suit filed in June claimed that Windex products contain ingredients that are harmful to people, animals and the environment. 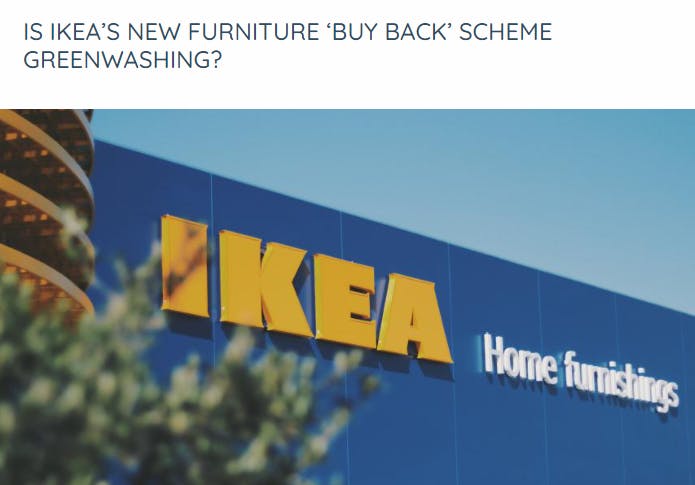 Euronews article that questioned if IKEA was greenwashing with its Buy Back Friday sceme.

IKEA’s stellar sustainability credentials took a hit in June when the furniture retailer was linked with illegal logging in Ukraine. The wood certification scheme IKEA uses, Forest Stewardship Council, was described in an investigative report by NGO Earthsight as an organisation that greenwashes the timber industry. It was accused of failing to catch IKEA’s sourcing of conflict wood, and act on it.

In October, IKEA announced a recycling initiative whereby it would buy back customers’ used furniture for up to half of the purchase price, to resell it. The ‘Buy Back Friday’ scheme was a timed response to the over-consumption of the pre-Christmas Black Friday sales. Though IKEA’s idea was generally well received, not everyone was buying it. An opinion piece in Euronews questioned whether the scheme was greenwashing, because the company had made misleading green claims in the past. When IKEA built its ‘most sustainable store’ yet in London last year, it did so on top of another sustainable store that was demolished after just 17 years of use.

A Band-Aid on racism 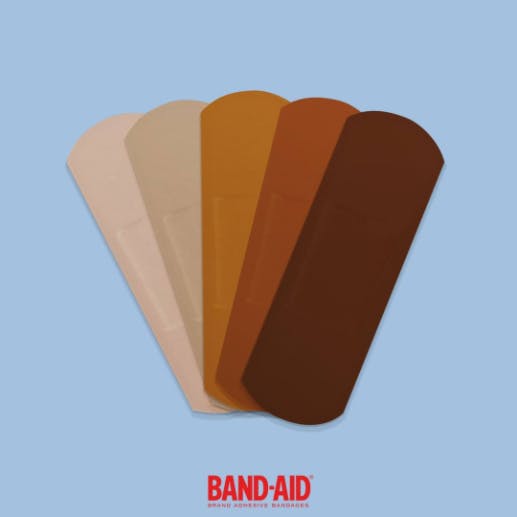 Band-Aid launched a new range of race-sensitive bandages in the weeks after the Black Lives Matter movement took off.

Apple, Starbucks, Walmart, Microsoft and Facebook were among the corporates that declared their support for the Black Lives Matter movement after the killing of African American George Floyd in May. Johnson & Johnson joined them with the launch of a multi-racial range of Band-Aids suitable not only for white skin.

The 100-year-old brand has been criticised over the years for making a product that only matches light skin colours. J&J launched a range of bandages for multiple skin tones in 2005, but discontinued the line “due to lack of interest”. When the new range of Band-Aids came out in June, some consumers — unfamiliar with the company’s previous failed attempt — wanted to know what had taken them so long. “We have been asking for this for years. It’s so sad your company just now markets this when it’s profitable and trendy,” said one Twitter user. Another urged consumers to support Browndages, a black-owned brand that “solved this problem before you realised dark skin tones exist.” Another Instagram user smirked: “Band-Aid just solved racism.” 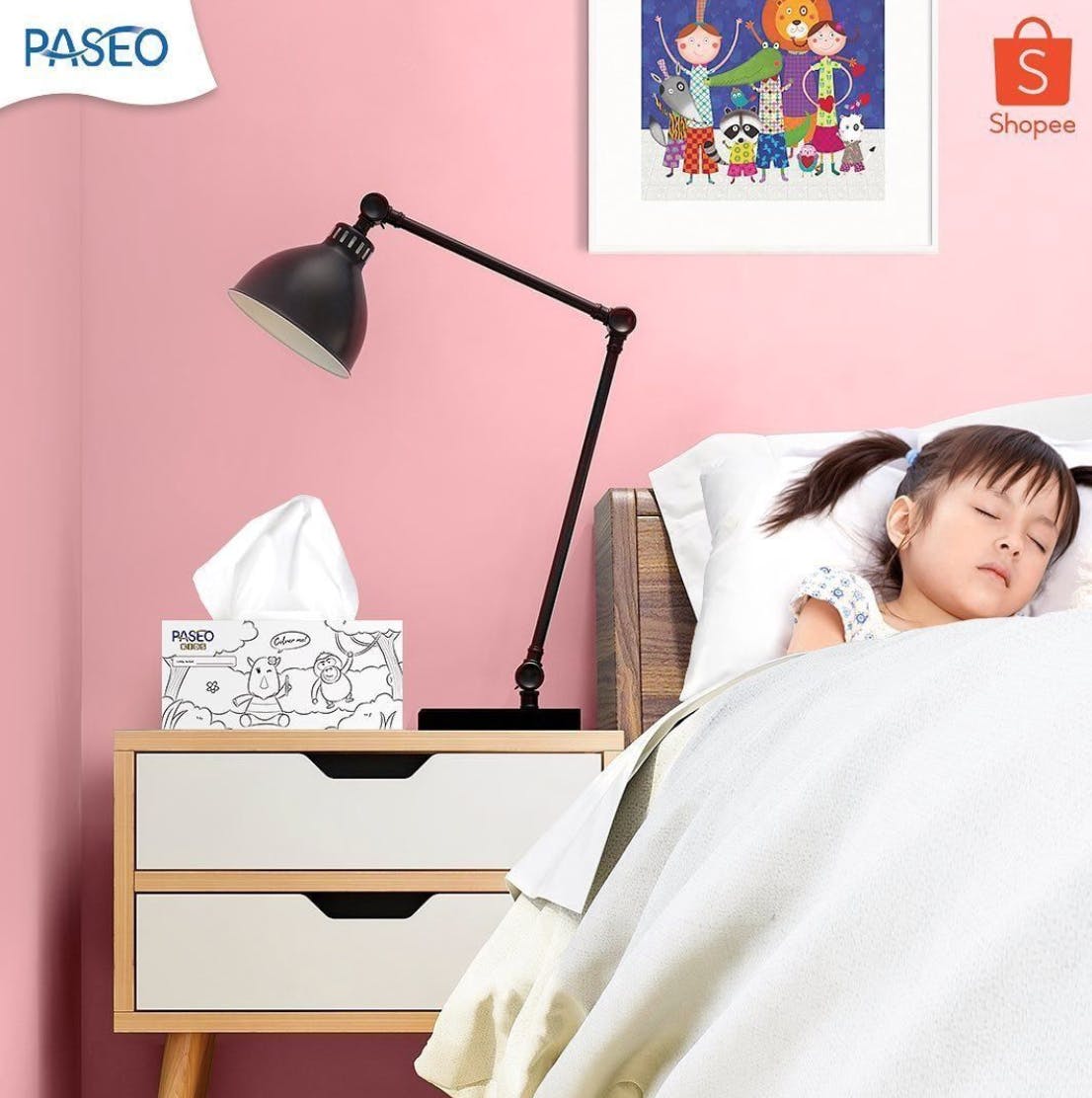 In November, Paseo, a brand made by Indonesian paper company Asia Pulp and Paper (APP), launched a new range of facial tissues for children with the outline of forest animals such as elephants, orangutans, and tigers printed on the box. The idea, according to the press release from APP, was for children to “bring their imagination to life through mindful colouring.” The process of colouring in the endangered animals “invites children to pay attention to the present moment purposefully,” the company said, noting that the paper is made from 100 per cent sustainably sourced, plantation-grown acacia virgin fibre.

Green groups noted that it was a bold marketing play from a company that has repeatedly faced allegations of clearing or burning animal habitats in Indonesia, despite public commitments to stop destroying rainforests. A Sumatran tiger was found dead in a snare on APP’s land in May. Aditya Bayunanda, director of policy and advocacy at WWF Indonesia, noted that, according to investigations by NGOs, APP has deforested over 2 million hectares of natural forest that is home to critically endangered Sumatran elephants, tigers and orangutans over the last 30 years.

“Destruction and fragmentation of these habitats created human-wildlife conflict, often ending in their death or relocation into captivity. The irony is not lost on the fact that children are now learning about endangered species from products made by a company that has repeatedly missed its zero-deforestation targets, and made minimal progress on commitments to restore the forests in which these species should live,” he said.

A crisis brings out the best in people 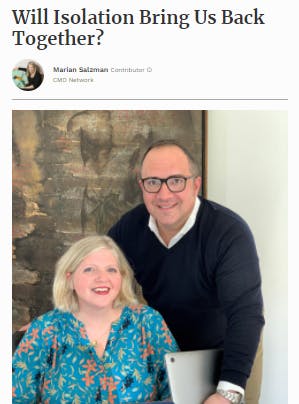 An opinion piece on Forbes, written by Marian Salzman, the global communications chief of Philip Morris, argued that the coronavirus was bringing people together.

In late March, just after the World Health Organisation declared Covid-19 a pandemic, the head of communications for tobacco firm Philip Morris argued in an opinion piece on Forbes how the coronavirus was — despite social distancing rules and lockdowns — bringing a divided society back together.

Marian Salzman’s upbeat piece talked about the idea of “pop-up generosity”, where people devise new ways to help each other and make the world a better place. Yoga instructors doing their classes online for free, for example. But not all of its readers were buying the op-ed’s message of social solidarity. One reader wrote: “This is crisis-washing. I am sure there have been endless conference calls and strategies for how to communicate during the crisis. The simple answer is don’t. Nobody should be hearing from a company that spent more than a century infecting the world’s lungs.”

Have we missed any? Let us know by writing to news@eco-business.com. This story is part of our Year in Review series, which journals the stories that shaped the world of sustainability in 2020.