The Japanese conglomerate is developing technologies that can power smart communities, including electric buses equipped with GPS and fast-charging batteries. 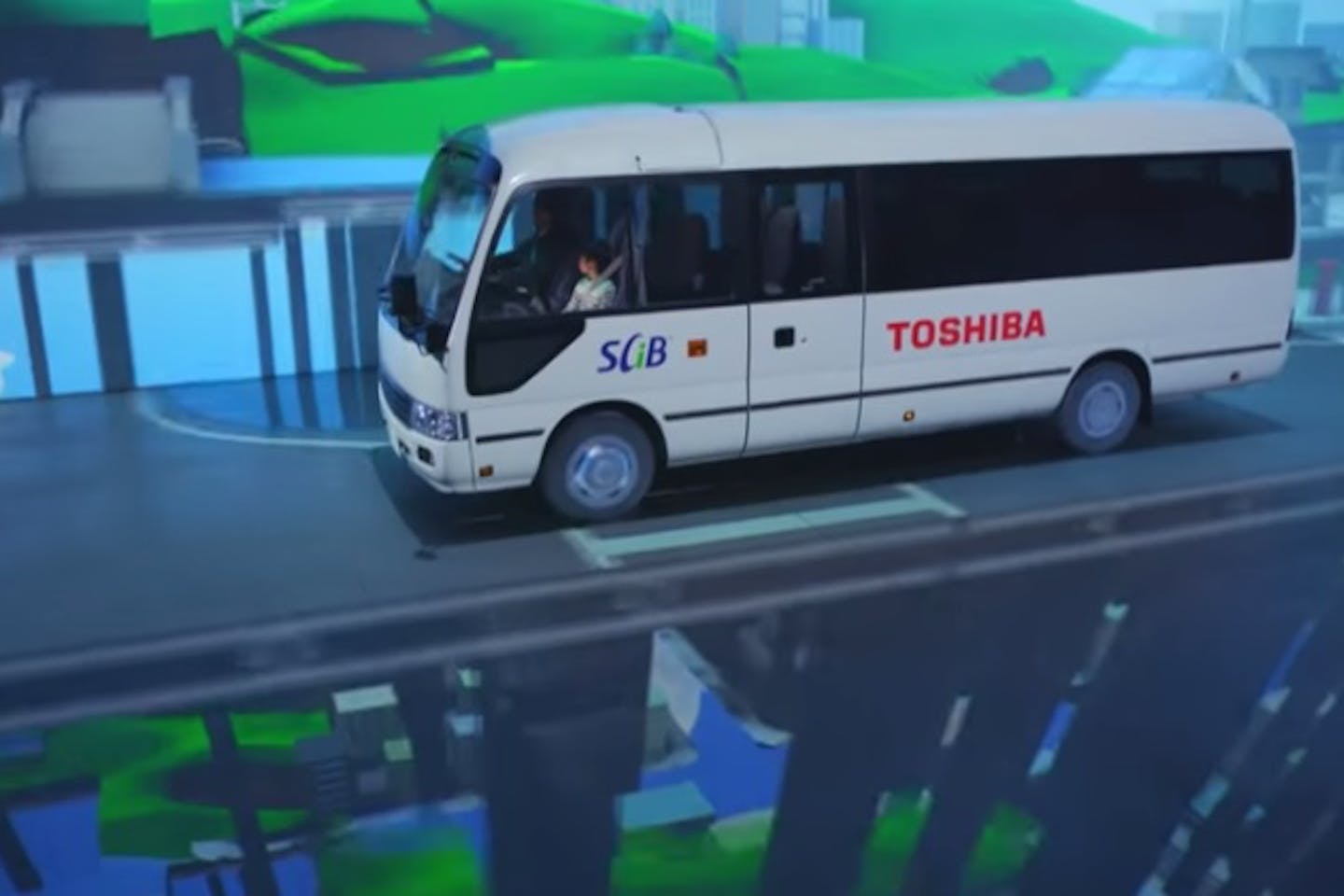 Japanese conglomerate Toshiba has unveiled a vision to create what it calls a “smart community” - a society that is technologically advanced but puts the well-being of people first.

The firm said it is leveraging on its wide range of technologies to build the “next-generation community” through management of infrastructure in a way that benefit both humans and the environment.

One of these solutions is a new electric bus system that it has been testing at its Fuchu facility near Tokyo.

It features its SCiB™ (Super Charge ion Battery) quick-charging car battery, which it says will solve the inconvenience of long charging times - a problem for many electric vehicles. It also aims to reduce fuel cost and greenhouse gas emissions.

Electric buses are an essential aspect of urban transport solutions, which could help pave the way for cities to achieve a low carbon society, Toshiba said.

By installing its diesel buses with the rechargeable car batteries, Toshiba noted reduced fuel costs by 70 to 80 per cent. This led to a reduction of carbon emissions by 30 per cent, while other gases such as particulate matter and mono-nitrogen oxide have been cut to zero.

The batteries depart from traditional lithium ion ones  as it uses an oxide material developed by Toshiba to allow quick-charging. It delivers a longer driving distance while taking up less space within vehicles, the semiconductor firm said.

It said that it is possible to rapidly charge the battery up to 80 per cent capacity in 15 minutes. The battery follows Japan’s widely accepted fast charging specifications, and with a low-heat generation feature, it also reduces the use of electricity needed for cooling.

In addition, the bus system is equipped to transmit data on its current location, the remaining battery power and the carbon emissions saved to a monitoring centre. The information is displayed inside the bus, which can be viewed by passengers and in digital signages within the Fuchu complex.

The experimental buses in Fuchu were also installed with the firm’s global positioning system, which can locate buses even as it passes through mountains or in-between buildings. Watch the video to find out more.