The Proterra Catalyst E2 Max electric bus has broken the world record for driving the longest distance on a single charge. 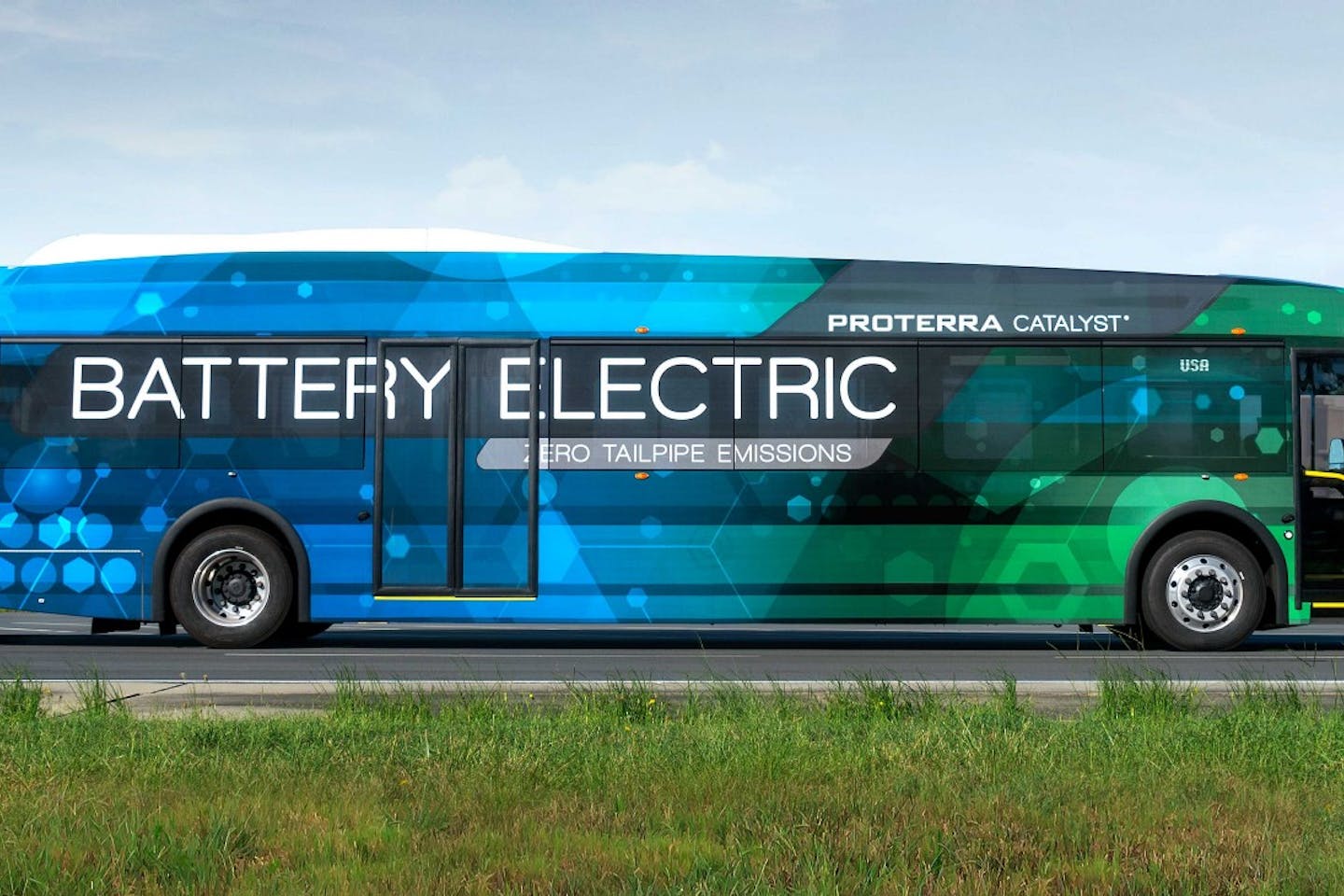 After more than 60 hours of driving in circles on a test track in Indiana last month, a 40-foot bus broke the world record for the longest distance travelled by an electric vehicle on a single charge. The Proterra Catalyst E2 Max went more than 1,100 miles on a single battery.

The record-breaking bus is a souped up version of Proterra’s standard model, but even the regular Catalyst E2 can go about 300 miles per charge, which is more than enough for most bus routes. The bus is an attractive option for cities working to save money and cut pollution. So far, Proterra has sold more than 400 electric buses to cities, companies and universities around the US.

Electric buses are still more expensive than diesel buses, at least up front, but Proterra says that the cost savings make them competitive over the long term. While diesel buses come with a smaller price tag, they incur greater fuel and maintenance costs, and they generate pollution that incurs health and environmental costs.

An analysis from Columbia University found that New York City could save $1.4 million per bus by purchasing electric buses instead of diesel buses. Much of the savings come from cutting pollution and improving public health in the densely populated city.

New York, which operates around 5,700 busses, is making small moves towards electrification. This year, it leased ten electric buses — five from Proterra and five from New Flyer, another electric bus company.

Across the country, in rural California, civic leaders aren’t waiting around. The Antelope Valley Transit Authority (AVTA) announced last year that it’s transitioning its entire fleet to electric buses — 85 buses in all. It expects to save $46 million over the lifetime of the fleet.

“There are multiple benefits to electrifying our bus fleet, from creating jobs and eliminating harmful air pollutants, to reducing dependence on foreign oil,” said Marvin Christ, chairman of the AVTA Board of Directors. “It’s really a win-win.”