The next, big smart opportunity

In the city of Eindhoven in the Netherlands, lighting giant Philips has built one of the world’s largest city farming research facility which grows thousands of vegetables, herbs and strawberries in multi-level racks fitted with state-of-the-art technology. 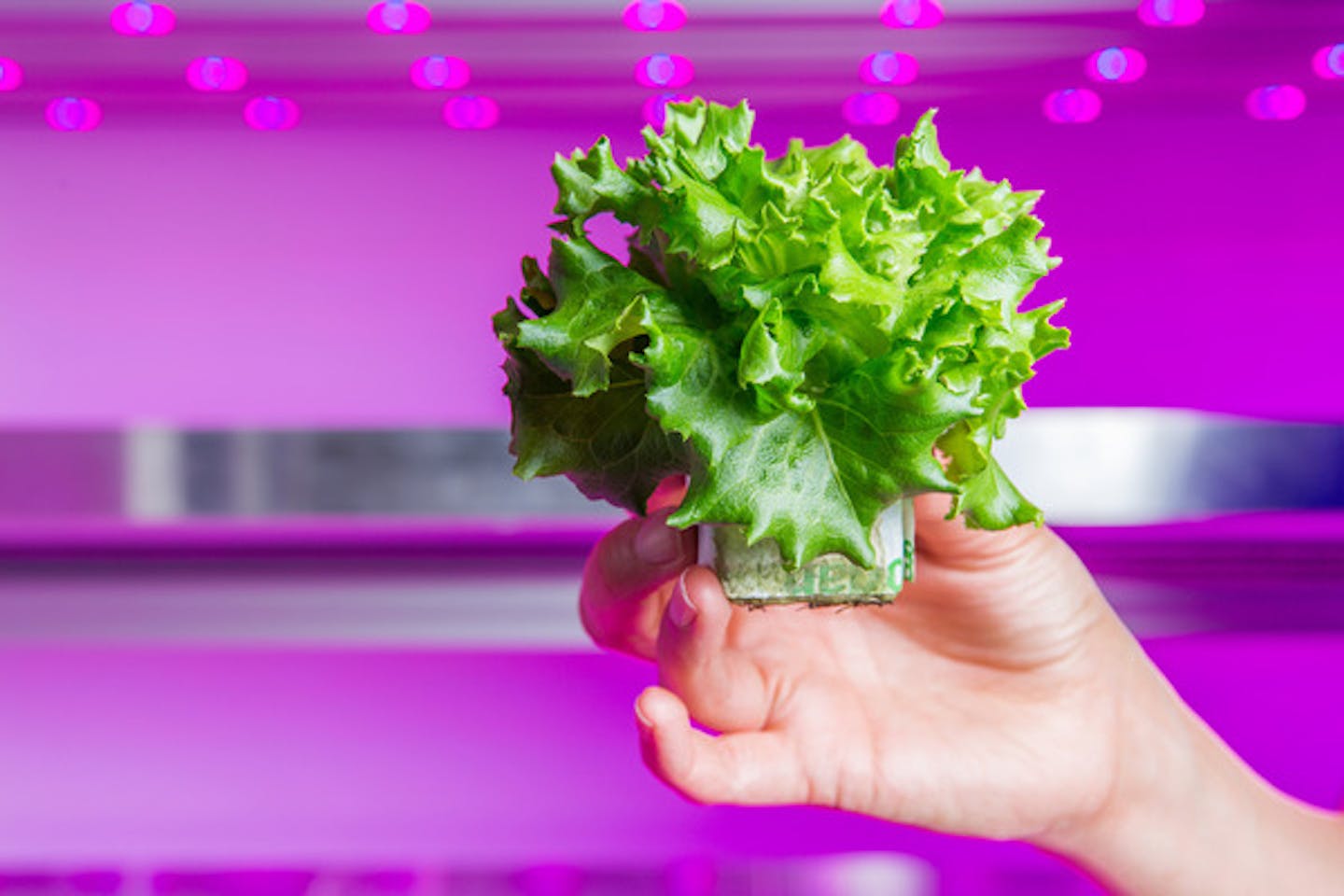 Inside the Philips GrowWise Research Center, researchers are reinventing the way cities can produce their own greens using state-of-the-art LED lighting technology. Video courtesy of Philips.
By Jessica Cheam
Friday 27 May 2016

In the city of Eindhoven in the Netherlands, lighting giant Philips has built one of the world’s largest city farming research facility which grows thousands of vegetables, herbs and strawberries in multi-level racks fitted with state-of-the-art technology.

The 234 square metres GrowWise Center, which opened last July, is developing the perfect blueprint for growing food for city dwellers all year round using sustainable and efficient techniques. Their “LED light recipes” which involve shining blue and red lights, among others, at crops encourage faster growth and greater yields without the use of pesticides.

It also helps save resources: Where it would take 60 litres of water to produce one kilo of tomatoes in, say, a typical greenhouse production facility in Spain, the same amount of tomatoes will only require five litres of water at the GrowWise farm.

Mayor of Eindhoven, Rob van Gijzel, regards this technology – which integrates lighting, climate control, software controls, sensors and logistics in one harmonious solution - as just one of the ways smart city applications will revolutionise global food, energy, and water systems in the coming years.

It also exemplifies how some businesses are leading the way by reinventing their offerings - in this case, going from manufacturing lights into food production - for an increasingly smart world.

“You can have it here in Singapore, or in any city. With just a couple of huge buildings, you can produce a lot of food. It’s really breakthrough, and this is probably the most disruptive technology that will be available within ten years,” said Mayor van Gijzel at the sidelines of a business seminar on smart cities hosted by the Dutch Chamber of Commerce Singapore (DutchCham) last month (30 March).

Eindhoven, like many cities across the world, is in the global race to develop the smart technologies that will redefine the way people work, live and play.

You can have it here in Singapore, or in any city. With just a couple of huge buildings, you can produce a lot of food. It’s really breakthrough, and this is probably the most disruptive technology that will be available within ten years.

Mayor van Gijzel said that this was possible, firstly, because the government invested into the infrastructure.

Homes and companies were all connected with broadband Internet, but he emphasised that it was  not enough. The city’s smart technologies were successful because they had its people at its heart. This enables large scale interest and participation from citizens, he noted.

“It was all about inclusivity, and that’s very important. Otherwise, it’s not a smart community,” he says.

Singapore has similar ambitions to become the world’s leading smart city. In 2014, it unveiled a ‘Smart Nation’ vision that involves billions of dollars in investments over the coming years into smart technologies that promise to improve daily life for citizens and deliver greater energy efficiency.

Dr Janil Puthucheary, Minister of State for Education, and Communications and Information, who is helping to oversee government efforts in this area, told the seminar held at Grand Hyatt that the city-state is taking a “cross-cutting approach” to involve government, companies and social organisations in their plans.

“We know we and the Netherlands want the same thing: to create a better life, better opportunities for all,” he said.

Apart from food, some other sectors Mayor van Gijzel identified as presenting the biggest business opportunities for smart city solutions include safety and security, healthcare and transportation - because these services centre around the well-being of citizens, he said.

Dr Hai Wang, executive vice president of technology and operations at NXP Semiconductors, who was also a speaker, agreed. Smart transport, particularly, has a “very clear business case where you can reduce traffic accidents, reduce mortalities while reducing fuel consumption and carbon emissions at the same time”, he noted.

“There’s a huge opportunity for many companies in this area… and implementing such smart transport solutions is relatively easy,” he added.

For instance, the roads in every country have traffic lights. Adding a roadside unit (also known as RSU) to each of these lights will make them smart, and because cars are increasingly fitted with GPS and smart software, the lights and cars can communicate with each other and provide data that can improve traffic services.

“I think this is a pretty equal playing field for every country that’s really motivated to find smart solutions,” he said.

However, to accelerate the adoption of smart solutions, governments can do their part in updating regulations and investing in supporting infrastructure, he added.

On this interaction between the public and private sector, Ynse de Boer, DutchCham president and managing director of strategy and sustainability at Accenture, said: “The more these two (sides) talk to each other, the fast things will go”.

“What needs to happen is that some of these regulations need to be integrated into the business models of these new technologies,” he said.

“The biggest business opportunities lie where businesses - in collaboration with the public sector - address some of the most pressing needs and challenges of their citizens. That’s a no-brainer,” he added.