Demand for Tibetan prayer beads from China have brought Nepal’s Timal village into the limelight, but the sustainability of this opaque market is leading to concerns. 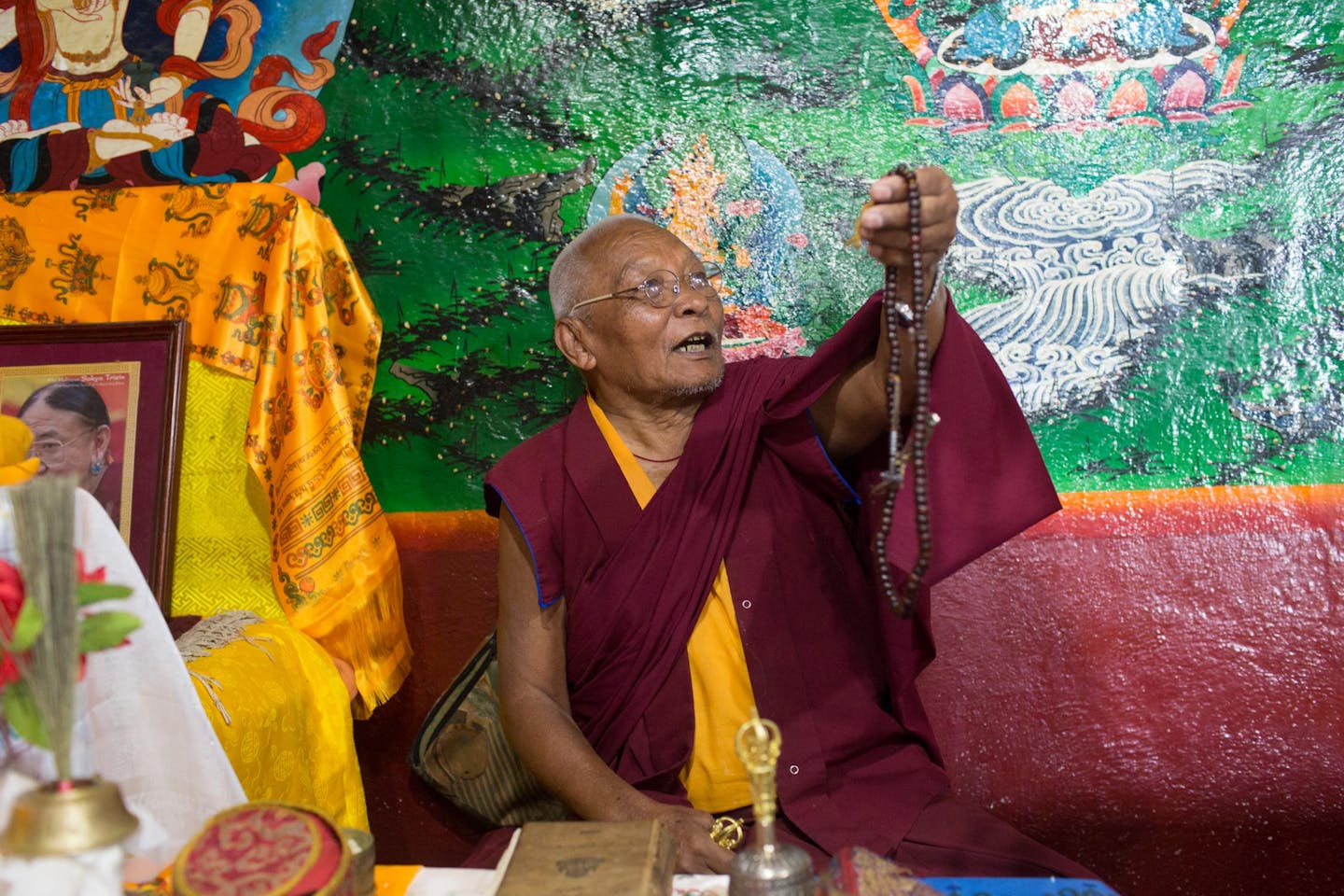 Soon after we started to ascend towards Timal village from Bhakunde Besi — a small valley located in central Nepal fifty kilometres from Kathmandu – our car ended stuck on the road ravaged by monsoon rains. Our driver cautioned us about going further, but we persevered.

As I was preparing to get out so as to ease the load on the vehicle, a teenager rushed to our window and asked, “Mala chahincha? (Need a garland?). He was talking about the Tibetan prayer beads, made from seeds of the Buddha Chitta, a tree for which the place has recently become very famous.

The young boy, Sunil Sundas, studies in seventh grade and also helps out transporting Buddha Chitta for his relatives in his free time. “Everybody is planting this tree nowadays,” he said, “My brother said that they are struggling to sell it at higher prices this year. We have also planted few trees, they will produce fruit in a couple of years.”

He is a little unusual in his village, because people have stopped speaking openly to outsiders since the Buddha Chitta trade started to boom. A few kilometres further up the road, we encountered a small hut owned by Jaman Singh Lama. He explained the reason for the suspicion. “People may come and ask you to show your store of Buddha Chitta and rob you,” said Lama, “So people are bit hesitant to speak to outsiders.”

Last year’s earthquake forced him to move from his broken house to the basic hut, which now functions as a teahouse, local grocery, his bedroom and much more. He had hoped to make some money working overseas, but paid paid human traffickers USD 10,000 but after months he was left in Cambodia without any money or return ticket.

Finally his brother sent him airplane tickets, and he returned home empty handed. Now he hopes to recover some of the losses from the Buddha Chitta. “I am also a local trader and a producer but my saplings have just started to fruit from this year,” he said, opening a box to show us the beads. “My trees did not give good quality beads this year, not fully mature, but I still earned more than USD 1,000,” he said.