More than a nature series, Netflix's Our Planet is a call to action

Narrated by renowned environmentalist David Attenborough, Netflix's latest documentary series is a stunning insight into the world of animals and an urgent plea to protect their fast disappearing habitats.

The world’s vast and rich ecosystems are in peril, and by ignoring our complicity in their decline, humans are in danger too. This is the message Our Planet, a new documentary series from Netflix, strives to drive home in eight visually breathtaking episodes that will stream worldwide today.

Described as the “definitive nature documentary event of our time and Netflix’s most ambitious documentary project to date” by Jessica Lee, vice president of communications for Netflix, Our Planet combines stunning footage of the world’s animals and their natural habitats with hard facts on just how much of those landscapes have been lost to human activity.

Ten minutes into witnessing three orangutans hunting for food in the Bornean jungle, viewers meet with a sobering truth through the familiar voice of environmentalist David Attenborough, who reveals that one hundred Sumatran orangutans are lost every week due to deforestation.

“We are losing tropical forests every year, and with it a treasure trove of diversity. Jungles store and capture more carbon than any other habitat on land. They cool our planet, and provide food and medicine. We lose them at our peril,” booms Attenborough over a time-lapse shot of dense jungle transforming into vast monoculture plantations of oil palm.

He adds that orangutans Louie, Eden and Pluto may be the last generation of their kind to inhabit Southeast Asia’s last vestige of pristine wilderness.

At the Singapore premiere of Our Planet, Kim Stengert, chief of strategic communications at World Wildlife Fund (WWF) Singapore said: “We need to not just stop, but reverse, the loss of nature. A lot of people still don’t understand the state that the planet is in right now.”

According to Stengert, recent research conducted by WWF revealed that 50 per cent of some 10,000 people around the world are aware of humanity’s dependence on biodiversity and even less—40 per cent—are convinced that nature is in decline.

“After you watch Our Planet, you will realise that there is a duty to the environment that you have to commit to, and we are the generation that must act to save the planet,” said Lee, adding that Netflix’s 140 million subscribers will come to face with serious environmental challenges such as global warming, deforestation and overfishing.

She revealed that it took two years for the film crew to capture shots of the bluefin tuna because the critically endangered species was so hard to find. 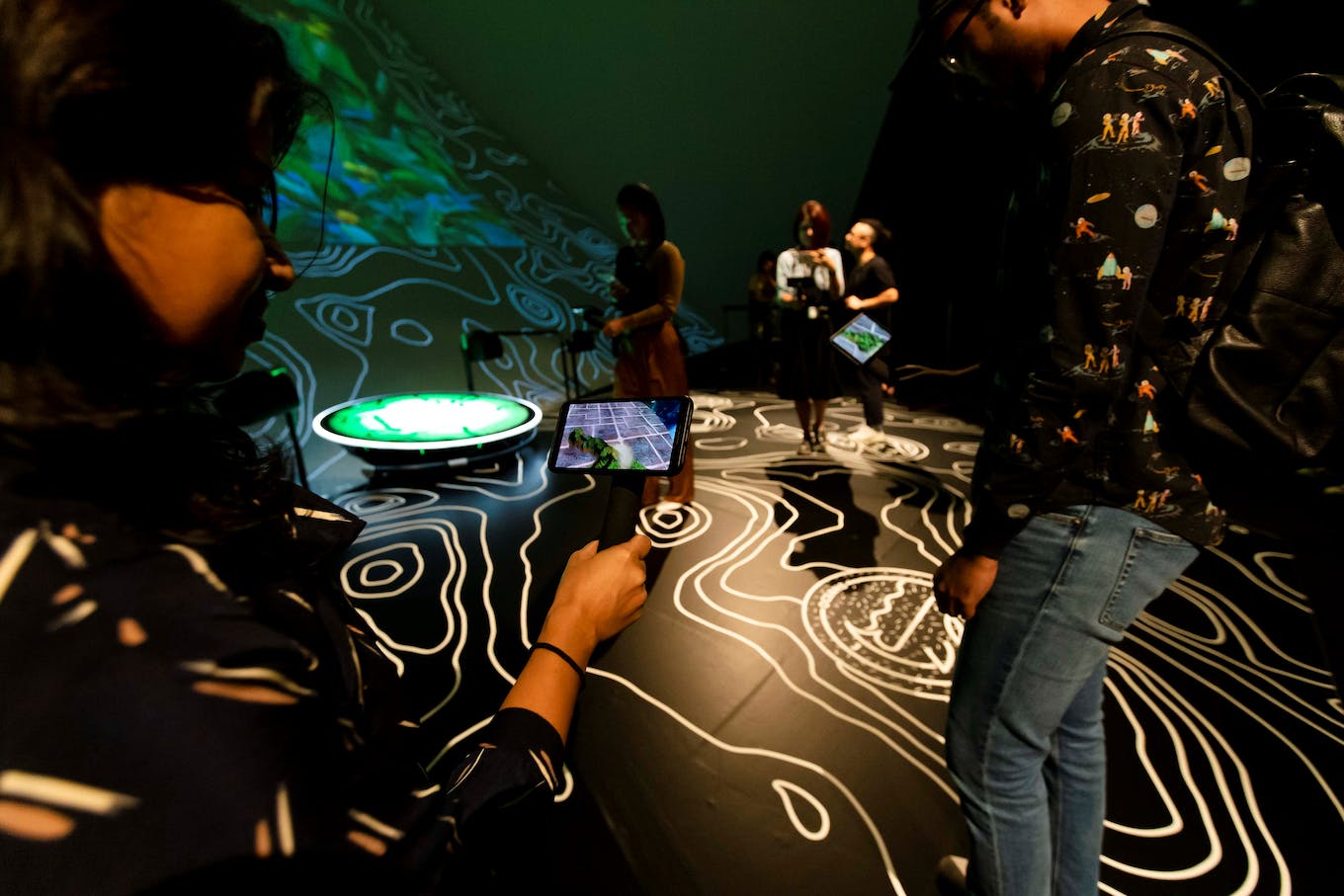 “REWILD Our Planet showcases how AR has the power to build bridges between people and the places they love,” said Trent Clews-de Castella, chief executive officer of Phoria. “This is an example of how immersive technology can drive behavioural change and how users’ shared experience can facilitate that change.”

Opening tomorrow at ArtScience Musuem, REWILD Our Planet combines IMAX-style projections with spatial soundscapes and AR. The entire experience unfolds through the lens of the Google Pixel 3 smartphone, where groups of participants can work together to “rewild” the planet by virtually restoring four damaged biomes—the forests of Borneo and India, the oceans of Asia, grasslands of Mongolia and the frozen Arctic.

Through the virtual technology, users are also able to unlock global weather patterns and encounter rare species of animals before ending with a commitment to WWF’s Voice for the Planet campaign.

At the media launch of REWILD, Neo Wei Wong, content lead at video game website GameAxis, proposed tapping into the potential of AR technology to foster new levels of interactivity that will leave a more memorable impact on users.

According to Wong, today’s cutting-edge technology can be used to push people to act responsibly towards the environment in real life: “It would be interesting to see how we can further explore the concept of human actions having a direct impact on the environment. What if in an augmented reality, walking through the forest directly creates damage, and users have to think of ways to reverse it?”

REWILD Our Planet will run at the ArtScience Museum Singapore from 6 April to 2 June 2019.