Hashtag what water means to you: UN

To mark World Water Day on Sunday, the United Nations is encouraging the public to define what water means to them and share it across various social media with a hashtag, #WaterIs.

Take a selfie or make a video and show the world what water means to you.

This is what organisers are calling on people to do for this year’s World Water Day, to raise awareness of how vital water is for every human being in the planet.

Themed ‘Water and Sustainable Development’, this year’s World Water Day seeks to highlight how water is linked to all areas of human activity,  said UN-Water, the United Nations inter-agency coordinating body which sets the theme for the yearly event.

The UN agency is urging people and organisations to share what water means to them and share their messages on social media using the hashtag #WaterIs.

UN Secretary-General Ban Ki-Moon said this year’s event highlights the essential and interconnected role of water in many areas – from public health to food and energy security and the functioning of industries, amidst UN’s preparations for a new sustainable development agenda in September.

The lack of access to safe drinking water and sanitation remain the most urgent issues despite the efforts made by governments on the Millennium Development Goals which is set in 2000, Ban noted.

“Some 750 million people — more than 1 in 10 of the world’s population — remain without access to an improved water supply.  Women and children, in particular, are affected by this lack, as not only is their health compromised, but considerable hours are wasted in the unproductive — and sometimes dangerous — business of collecting water,” he said in a statement.

Numerous initiatives are being launched globally. In Asia, Singapore is holding a month-long event to emphasise on the importance of water sustainability, with about 350 organisations launching various activities which will culminate to an island-wide celebration on March 21, said UN-Water.

Non-profit groups and even Hollywood celebrity Matt Damon have also launched campaigns online to encourage participation on water awareness initiatives around the world. 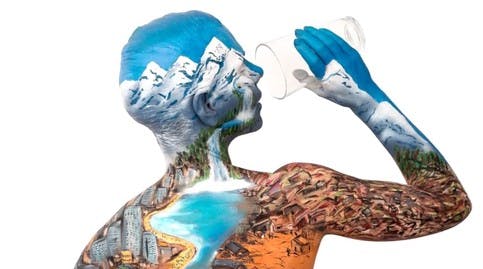 TOMS Shoes, the United States-based company which sells shoes to match every pair sold with a new pair for a child in need in other parts of the world, has joined the campaign and says #WaterIs Shoes.

As part of the campaign, TOMS is providing a week of safe water to a person in need for every bag of coffee bought in the company’s TOMS Roasting coffee shop.