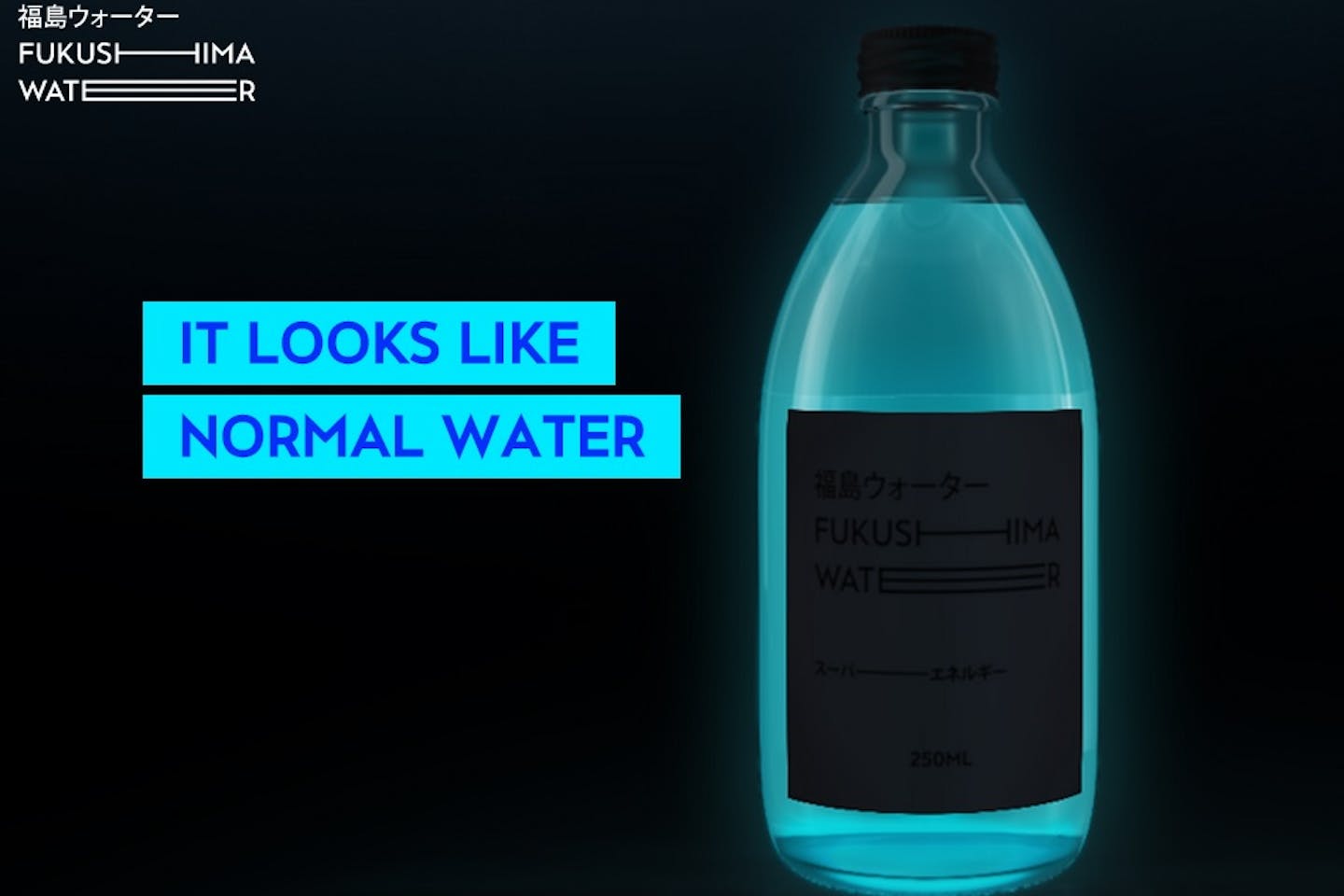 A new energy drink made in Fukushima which promises to be 30 per cent stronger than any other energy drink has taken Japan by storm and has been “flooding the market” in the past year, according to a new video ad campaign released this month on various social media.

But the video which carries the ad is fictitious.

Three German activists launched the video to feature a fake energy drink called ‘Fukushima Water’ that has gone on to sell millions of bottles in Japan. The ad said the popular beverage may have the potential to “go global and become the next must-have”. The drink has already been tested in Canada, it added.

The video ad is part of a campaign to raise awareness on how little information the world has about water contamination in Fukushima’s nuclear site, four years after a strong earthquake triggered the meltdown of three reactors in the Daiichi plant run by Japanese utility firm Tokyo Electric Power Company (Tepco).

Activists Kenzi Benabdallah, Stefan Wittemann and Florian Tscharf, who are also art directors in Berlin, believe the parody video, which is making the rounds on social media, is one effective way to put pressure on Tepco to be more transparent.

The Daiichi nuclear plant, which faces the Pacific Ocean, has been leaking contaminated water that is used to cool the reactors. Tepco has said it can’t estimate the size of the leak, which contains hazardous radioactive substance Cesium 137.

Bloomberg reported that Tepco admitted in February that the contaminated water may have subsequently leaked into the Pacific Ocean. It detected 23,000 becquerels per litre of Cesium 137 present in the rainwater on top of one of the reactors’ buildings.

High amounts of radioactive material have been known to cause serious health issues such as cancer and death to humans, fish and other marine life, as in the case of the nuclear disaster in Chernobyl in Russia 28 years ago.

Fishermen in Japan have earlier criticised Tepco for not having informed the public about the series of leakages happening at the site.

A new audit report on Tuesday revealed the Japanese government and Tepco have spent US$4.93 billion in the cleanup, but its efforts and taxpayers’s money had only gone to waste as solutions were unable to put an end to the still increasing radioactive water in the site. News agencies reported the utlility firm continues to battle to contain the leakage, with daily flood of rainwater creating nearly 300 tonnes of radioactive water everyday.

Tepco has not warned the public promptly about the leakage, which may have slipped into the Pacific Ocean, claimed the German activists. “The best way to force change is through social media. Expose the company and force them to share with the public what is going on,” Benabdallah told The Guardian.