With governments and companies racing towards net zero, Google has set a target to use clean energy for every location and every hour of its operations by 2030. Is this possible?

With the global energy transition well underway, investment into energy decarbonisation hit a record US$501.3 billion in 2020, according to latest figures by Bloomberg NEF.

As technologies advance and public pressure for climate action mounts, the number of governments and corporates around the world pledging net zero emission targets is growing significantly.

Tech giant Google — which became carbon neutral in 2007 and was among the corporate pioneers to match its energy use with 100 per cent renewable energy a decade later — is now taking it a step further.

While most companies have to resort to buying renewable energy offsets to become carbon neutral, Google has embarked on a quest to source clean energy for every location and every hour of their operations worldwide by 2030.

In layman’s terms, this means — no offsets. Their global operations, comprising data centres powering everything from cloud services to our daily internet searches, would be powered directly by clean energy.

This “moonshot quest” for 24/7 carbon free energy, says Google’s head of energy development Maud Texier, will be the toughest thing the company has to do, but a necessary one for Google to “achieve the impact we want on electricity and decarbonisation.”

The tech firm, which owns 5.5 gigawatts (GW) of renewable energy projects across the world in wind and solar, believes that this ambition will help drive innovation in the industry, as they become early adopters of emerging technologies such as geothermal and hydrogen.

Texier adds that their customers are also increasingly demanding cleaner technology products, and this has pushed sustainability up the pecking order in IT-related decisions.

In this Eco-Business podcast, the former head of industrial energy products at Tesla points to the “positive and strong signals” in the market — including the International Energy Agency’s recent call to end fossil fuel investments and triple clean energy funding to US$4 trillion by 2030 — as “creating momentum for the change we need”. 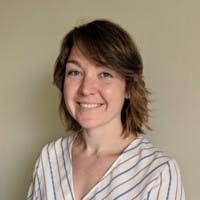