From coal to renewables in China: solving the water stress-power plant mismatch

How can one of the world's most water-stressed countries meet growing energy demand while ensuring sustainable management of its water resources?

On the road from coal to renewable energy, China has a complex challenge to face: it must satisfy rising energy demand while reducing carbon emissions and sustainably managing water use without hobbling the power and agriculture sectors or the overall economy.

Water stress adds to the challenge, because 66.5 per cent of China’s coal-fired power plants are in areas where water is scarce — 70 per cent of China’s coal is mined in six northwestern provinces with only 8 per cent of the country’s renewable freshwater — and where coal competes with agriculture for its share. The way China tackles the mismatch between water stress and power plants could offer help for other countries facing similar challenges. 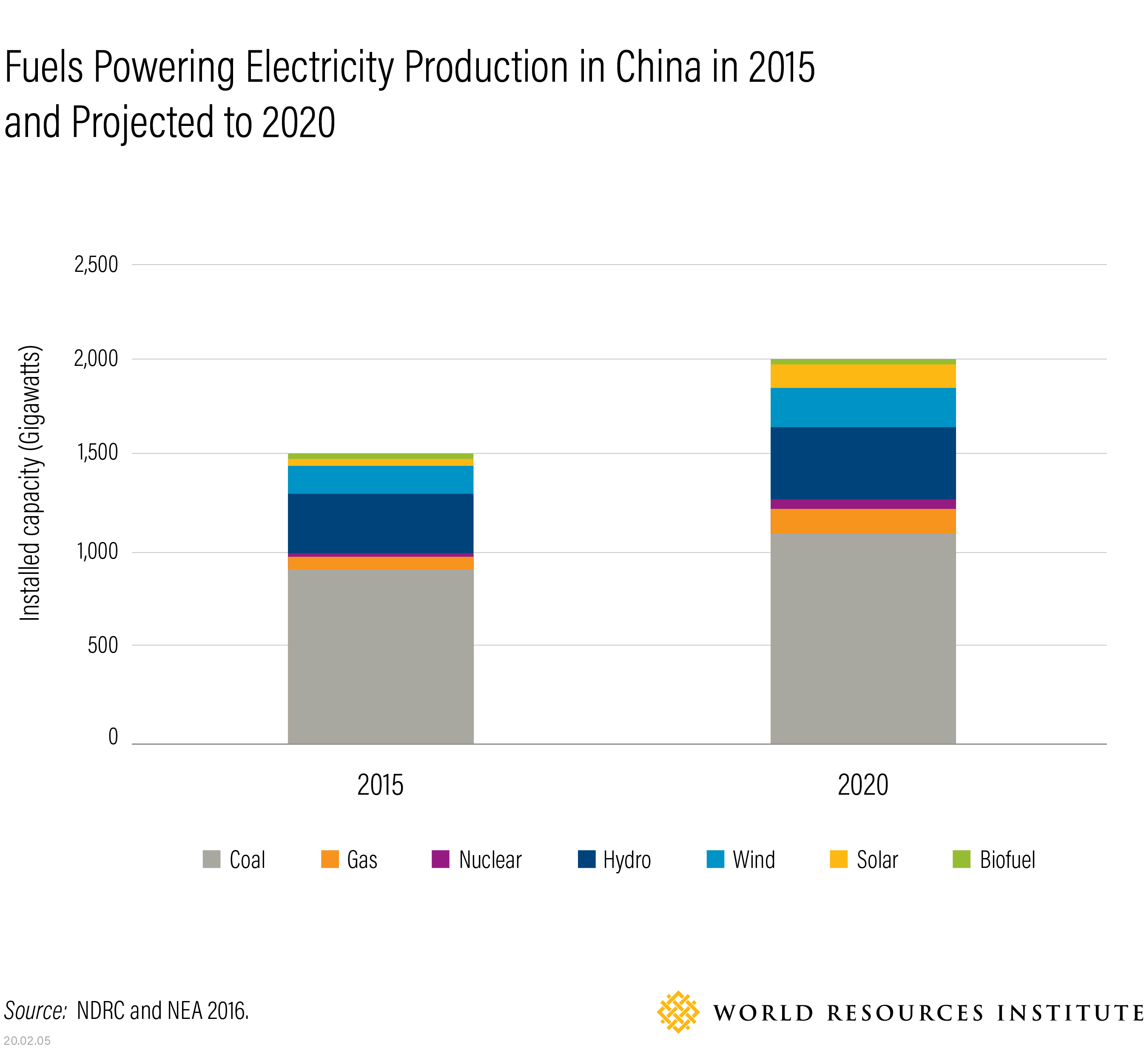 Overall, China is one of the world’s most water-stressed countries, with the per capita water resources less than 30 per cent of the global average. Nearly one-third of China’s land area, supporting 678 million people, faces high or extremely high water stress, according to Aqueduct China, which uses Aqueduct’s framework alongside local data for a nuanced view of the country. 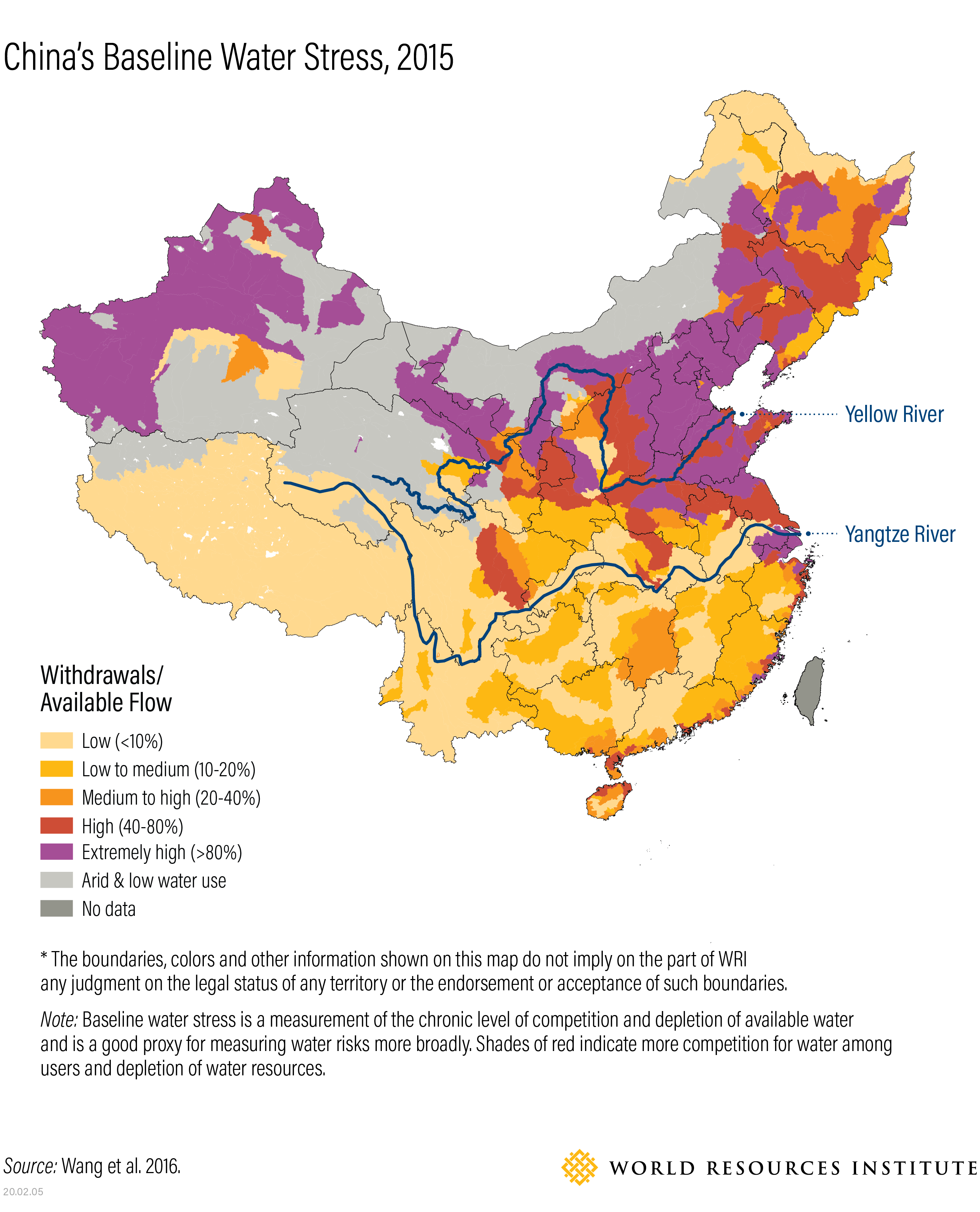 The study shows that coal-fired power plants in areas under high or extremely high water stress increased from 58.5 per cent to 66.5 per cent of the national total power generation from 2000 to 2015. The shifting spatial distribution of coal power generation has led to significantly increased thermoelectric water stress in large coal power industrial clusters (see Figure 3).

Western China is also an important agricultural region that includes major food-producing provinces such as Inner Mongolia and Xinjiang. That means western regions under high water stress have faced more intensive competition for water from the growing power industry. 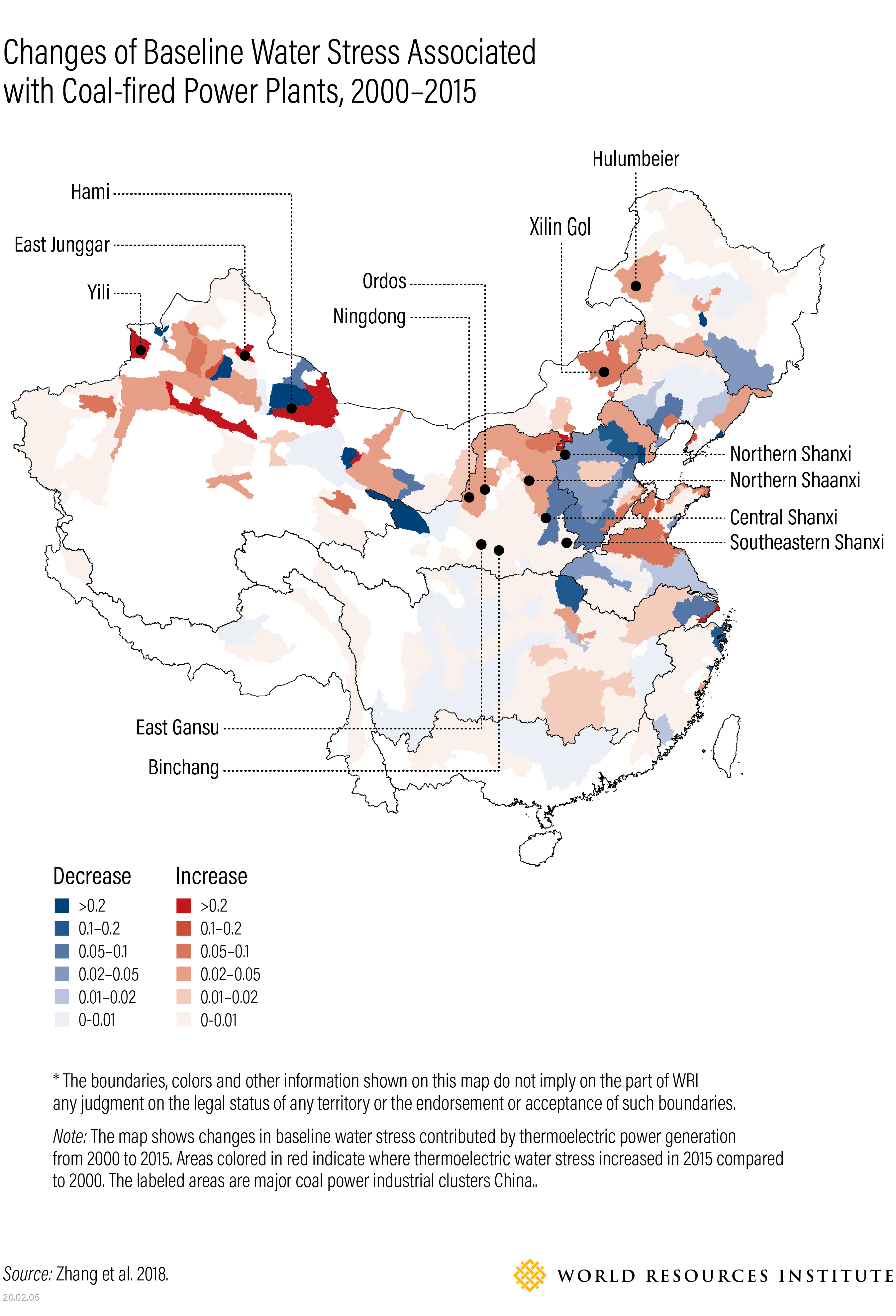 Economic development will increase power demand, and climate change will continue to create uncertainties about rainfall, water supply and social and economic conditions. Coal-fired power plants that rely on freshwater for cooling will become more vulnerable in water-stressed areas.

Water stress adds to the challenge, because 66.5 per cent of China’s coal-fired power plants are in areas where water is scarce.

Here’s how China is addressing this complex challenge:

Renewable sources can meet the demand for electricity while offering environmental benefits. In 2017, China invested $126.6 billion in renewable energy, nearly half of the world total and more than higher than the United States ($40.5 billion). More than two-thirds of this investment was in solar PV, which now provides power to more than homes; the rest was in wind.

Water stress remains a regional challenge for China. The power sector needs to keep focused on renewable energy, as well as enhance the integrated management of water, energy and infrastructure.

Hui Zeng is a research assistant and Xiaotian Fu is an associate at the World Resources Institute. This article was originally published on the WRI blog.