For a glimpse of the smart future, look to Japan

Singapore seems stuck in perpetual pilot mode, while Japan is racing ahead with smart living solutions in mainstream homes that offer both comfort and energy savings.

Sandwiched between the picturesque Mount Rokko and Osaka Bay, her neighbourhood looks quintessentially Japanese, with one added feature - a sea of rooftop solar panels.

Inside, her home is kitted out with smart technologies, including a lithium-ion battery that stores solar power, a fuel cell in the backyard that generates electricity and heat for immediate consumption, and a smart home energy management system (HEMS) that displays on the television screen the family’s energy generation and consumption at any given time.

Mayumi-san’s home is zero energy or rather positive energy, meaning it generates more power than it consumes. Not only does her family save 20,000 yen (US$162) in average monthly power bills, they also make about 15,000 yen from selling excess energy generated every month, which pays for the estate’s monthly management fees.

With the touch of a button, whether she’s at home or outside, she can check the energy usage of each room and appliance on her TV set or smartphone, turn them on or off, and set the home’s indoor temperature.

When the family hit their monthly energy target, a burst of confetti along with dancing cartoon penguins on the TV screen celebrates the achievement with a little ditty.

Her home also comes with an outdoor outlet for electric vehicle charging.

Contrary to what you might think, her humble four-bedroom abode of 130 sq m is not Japan’s latest pilot in cutting-edge technologies depicting life in the future.

It is one of thousands of smart homes that have sprouted all over Japan in recent years and redefined mainstream modern living for its citizens today. 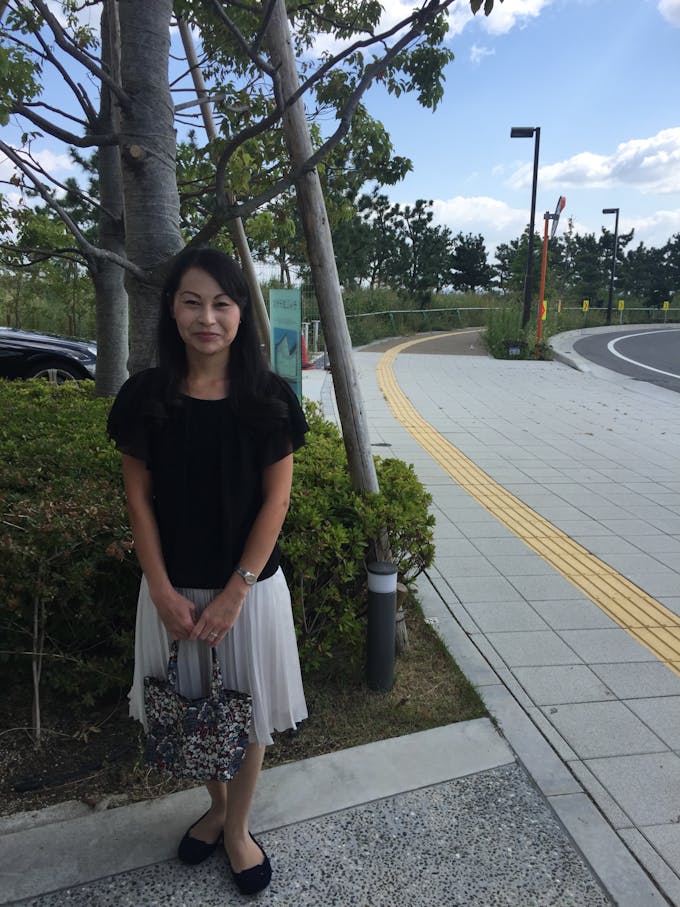 Mayumi-san has been enjoying smart living since she first moved into the estate one-and-a-half years ago. By her own admission, her awareness of smart technologies was almost non-existent then.

It was her husband who chanced upon the property in Shioashiya smart city - a residential project of 400 homes and an 83-unit condominium developed by PanaHome Corporation, the housing arm of Japanese electronics giant Panasonic - while fishing in the area some years ago.

Today, she cannot imagine living otherwise. The convenience, comfort and cost savings did not come at an initial higher price either. They paid 55 million yen (US$445,000) for their home, about the average cost of a property of that size in the area.

Next year, when Japan’s electricity market is fully liberalised, PanaHome says Shioashiya will become the country’s first zero-energy town, self sufficient in its energy needs and complete with its own micro-grid system.

It was only after a recent week-long visit to Japan to study its housing solutions that I realised how far Singapore is lagging behind in its smart nation ambitions.

A year ago, it declared a grand masterplan to be the world’s leading smart nation, to tap into a growing global smart cities market valued at US$1.6 trillion (S$2.3 trillion) by 2020, according to global research firm Frost & Sullivan.

Against a backdrop of growing urban populations, dwindling natural resources and worsening climate change, smart cities have been billed as the answer for governments trying to mitigate these challenges while improving the lives of citizens.

In this area, the Japanese are the front runners.

Singapore might have declared ambitions to be Asia’s leader when it comes to smart urban solutions, but many of the technologies it is still piloting are already in mainstream homes in Japan today.

Let me give you some examples.

Singapore’s electric vehicle test-bed was launched in 2011 but the country is still nowhere close to having a large-scale electric vehicle infrastructure in place, despite the perfect conditions for it.

A home energy management system trial was led by the Housing Board, Energy Market Authority and Panasonic in Punggol Eco Town in 2013, and despite good results - it achieved more than 20 per cent reduction in average household energy consumption - such solutions are still not present in homes today.

A micro-grid test-bed on Pulau Ubin announced in 2013 to test the integration of renewable energy sources into the grid infrastructure still remains, well, in pilot mode.

If Singapore is serious about being a leader in all things smart, it needs to make a concerted effort to move from perpetual pilot testing to mainstream application.

To be fair, the HDB did, in May, announce Singapore’s first new smart public housing project, Punggol Northshore, which - when built in 2020 - will come fitted with infrastructure such as additional power and data points to support the easy installation of smart systems.

In July, Yuhua became the first estate to get smart living features, such as elderly monitoring systems and mobile apps to track real-time energy and water usage by 2018.

The problem is, it seems that Singapore is implementing 2015 technology only by 2020. By then, would these same technologies be obsolete? Will Singapore still be competitive if it is exporting outdated solutions?

And where is the private sector in this ever-growing market? As yet, no property developer in Singapore has been able to offer smart homes of the ilk we see in Japan.

If Singapore is serious about being a leader in all things smart, it needs to make a concerted effort to move from perpetual pilot testing to mainstream application.

The East Asian giant is powering ahead. PanaHome’s senior management says the company is aggressively expanding into Southeast Asia to export their smart home solutions. Meanwhile, it is already looking into HEMS that can support electric vehicle charging facilities in Japan and cloud computing services to make their HEMS even more responsive.

Other solutions include intelligent security that offers facial recognition at the entrances of homes, and voice-enabled digital assistants (like Apple’s Siri) that can do everything from tracking the freshness of food in the refrigerator to minimise waste, to estimating the arrival time of family members back home.

It is clear that in order to effectively compete in this fast-changing competitive market - and also to meet its climate change target of peak carbon emissions by 2030 - Singapore needs to take bolder policy decisions that enable the speedy adoption of efficient technologies available today.

The Japanese government seems to have hit on a winning formula of the right regulatory environment and policies, such as providing incentives for fuel cells in homes, thus paving the way for the private sector to participate in and profit from creating smart homes.

In this respect, for a glimpse of what’s possible in the near future, Singapore will benefit from taking a closer look at Japan now.