Invented by scientists at the National University of Singapore, this new material could reduce plastic waste, protect civilians in fires, mop up oil spills and insulate buildings.

Researchers from the National University of Singapore have developed the world’s first aerogels made from polyethylene terephthalate (PET) plastic bottles, creating a new potential commercial use for plastic waste.

Disturbed by the world’s consumption rate of a million plastic bottles a minute, associate professor Hai Minh Duong from the National University of Singapore set out to find a better use for them.

The result was a PET aerogel that can be used to mop up oil spills and produce better firefighter coats and pollution masks in fire rescue and escape, said Duong and his team of researchers at a media session last Friday.

Aerogels are dry, porous materials that are extremely light and strong, and can be used in many ways such as insulating wetsuits or as thickening agents in cosmetics.

While aerogels made from silica, carbon and metal oxide exist, PET aerogels outperform them in terms of heat insulation and liquid absorption, said Duong.

The research team began developing this technology in August 2016, in collaboration with Dr Xiwen Zhang, a scientist from the Singapore Institue of Manufacturing Technology (SIMTech) under the Agency for Science, Technology and Research (A*STAR). 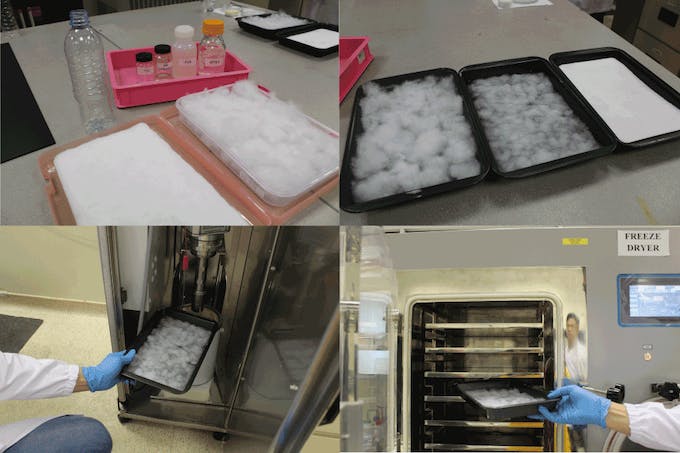 To create the aerogel, shredded PET fibres are combined with several chemicals, including hydrochloric acid and polyvinyl acetate. The solution is then placed in a sonicator, which mixes it using sound waves. The solution is freeze-dried to produce the PET aerogel.

One plastic bottle can be recycled to produce an A4-sized PET aerogel sheet, enough to make three to four pollution masks.

“Plastic bottles are among the most common types of plastic waste and has detrimental environmental effects,” Duong said. “As the fabrication technology is easily scaleable for mass production, we can decrease the environmental damage caused by plastics.”

The process uses little to no toxic solvent, is 18 times faster to produce compared to conventional aerogel production methods, and costs 10-15 times less to manufacture than those on the market. 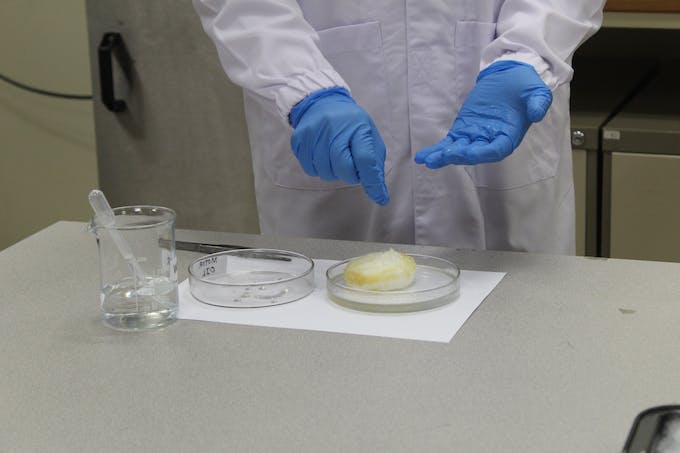 According to professor Nhan Phan-Thien from the National University of Singapore, who led the research along with Duong, PET aerogels coated with water-repellent solution perform oil cleaning up to seven times better than existing commercial absorbents, when placed directly into water coated with oil. The oil can be collected and the aerogels reused.

Existing firefighter gear can weigh more than 70 pounds (31.8kg), taking a toll on firefighters during extended operations. PET aerogel coated with fire-retardant chemicals will be able to withstand temperatures seven times higher than the thermal lining in conventional firefighter coats but will weigh 90 per cent less. Firefighter coats can be made much lighter, safer and cheaper with this aerogel as lining, Phan-Thien added.

“In highly urbanised countries like Singapore, pollution masks and heat-resistant jackets made from PET aerogels can be placed alongside fire extinguishers to provide added protection for civilians during fire escapes,” Phan-Thien said.

“The pollution masks will benefit people in countries like China, where air pollution is a major concern. The masks can potentially be made reusable,” added Duong.

Other applications of PET aerogel include heat and sound insulation in buildings, and with its liquid absorption capabilities, can be used in diapers and biomedical applications such as stopping bleeding.

The NUS team was awarded first place in the Sustainable Technologies category of 2018 Create the Future Design Contest by Tech Briefs and has filed a patent for the technology.

The researchers told Eco-Business that companies and government agencies in the United States, China, Europe and Vietnam have expressed interest in licensing and manufacturing PET aerogel technology, and products made with PET aerogel could hit the market in five years.

Duong’s team had previously worked on converting paper and textile waste into cellulose and cotton aerogels respectively and will explore turning unwanted metal, tires and food waste into aerogels.

Said Duong: “I don’t want to create something that makes only one company rich, I want to produce things the world can benefit from.”