As the World Cup gets underway in Russia, data from the World Bank reveals which of the 32 countries in the tournament produce the most rubbish.

It is known as the beautiful game, but football produces a lot of trash.

This year’s Fifa World Cup, which kicks off in Russia tomorrow as the host nation takes on Saudi Arabia, will add millions of tonnes of discarded food and drink packaging to cities’ waste burdens around the world as football fans gather, eat and drink while they get behind their teams.

Football’s governing body, Fifa, plans to recycle as much waste as it can in Russia, and at last year’s Confederations Cup 87.9 tonnes of glass, plastic, aluminium, paper and cardboard were separated and recycled. But the world’s biggest single-sport event—which produced 27.5 million tonnes of greenhouse gas emissions at the last tournament in 2014—will place a strain on urban waste management systems around the world as 32 countries battle it out.

To highlight the scale of the issue, UK-based green cleaning company Bio-D has used data from World Bank’s What a waste report to produce a ranking of competing countries by how much waste they produce at home.

The least wasteful nation is Uruguay, which produces 0.11kg of municipal solid waste per person per day.

The most wasteful nation, which may come as a surprise given its reputation for clean Alpine air and immaculate city streets, is Switzerland. The average Swiss produces 2.6kg of waste per day. 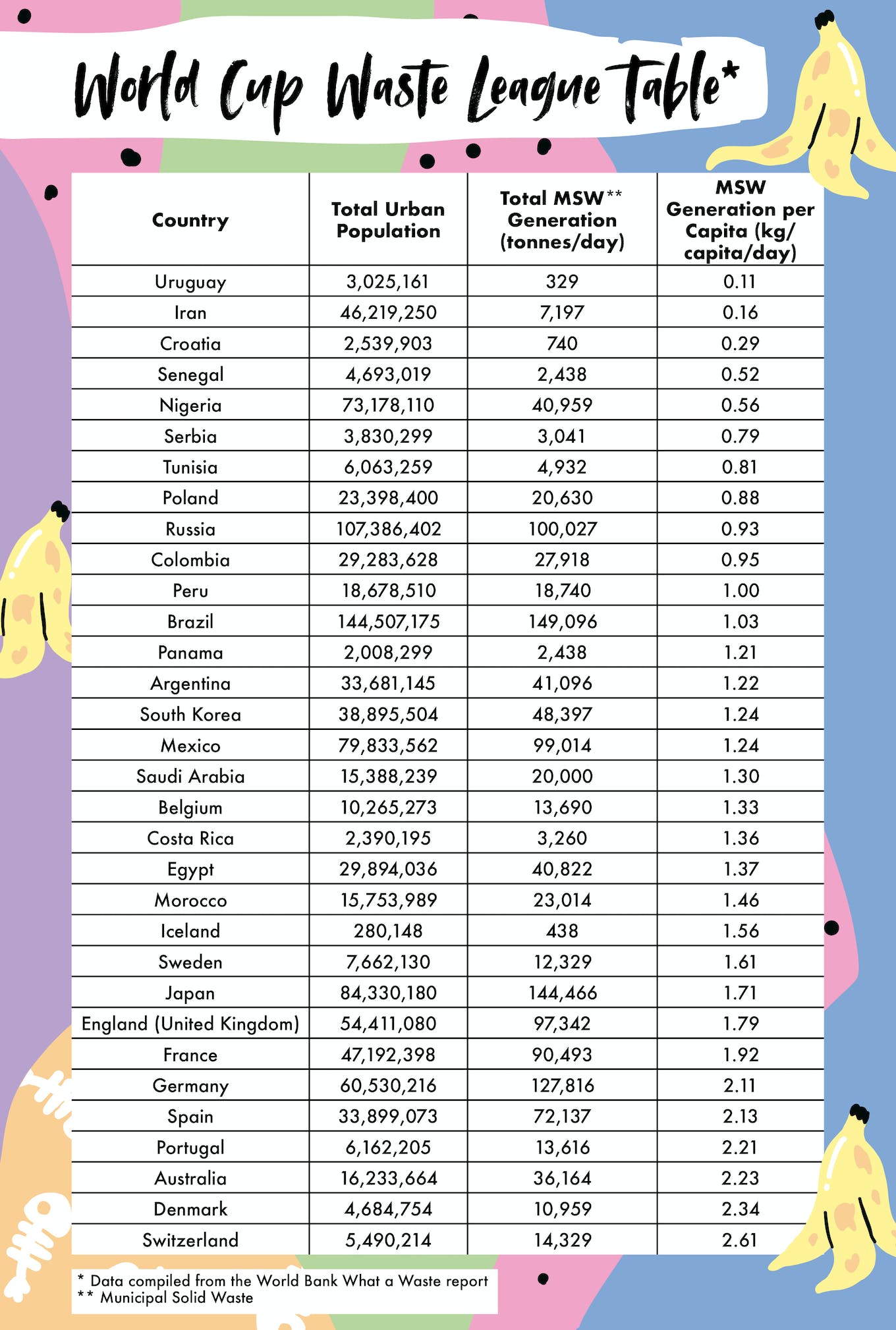 Source: Bio-D and World Bank What a Waste report