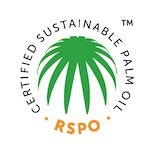 Sustainable palm oil is regarded by some environmentalists as an oxymoron. How can a vegetable oil linked to deforestation, toxic haze pollution and worker exploitation be in any way sustainable?

But sustainably grown palm oil is possible, to varying degrees, and certification bodies such as the Roundtable on Sustainable Palm Oil (RSPO) work to ensure that what is marketed as sustainable palm oil is not associated with slash-and-burn forestry and starving orangutans.

If you want milk in future, don’t slaughter the cow today. The same lesson can be applied to companies and their relationship with the environment, said Danny Chua, senior executive, controlling, for Malaysian edible oils firm Mewah Group.

This principle underpins Mewah’s decision to use RSPO-certified sustainable raw materials. The company churns out a hefty 2.5 million tonnes of vegetable and cooking oil each year, of which 2.15 million tonnes is palm oil. This is 3.5 per cent of global palm oil production.

The decision to start producing sustainable palm oil was driven by both external and internal factors, Chua said. Growing awareness of the impact of palm oil cultivation had led to stronger pressure from consumers, non-governmental organisations, and clients looking to source sustainable palm oil in line with their sustainability policies.

“A lot of our palm oil goes to Europe, where companies have more stringent sustainability standards and sustainable palm oil quotas to meet,” Chua told Eco-Business. “In order to continue the business, our mills were certified in 2009.”

At the same time, pressure from the company’s own board members and investors had intensified, particularly during the haze of 2015, when large parts of Southeast Asia were choked by smoke from burning forests, he added.

“Don’t you think it’s pointless for a company to burn itself out to make huge profits with no regard for the future?” he asked, elaborating that for a business to continue to thrive, short-term profits cannot be the only consideration.

The biggest difficulty with sustainable palm oil is making the economics work as demand for it remains low due to the higher prices involved, he said. While Mewah is willing to bear the potential cost of sustainability — seen in how Mewah’s Cabbage brand sustainable palm oil retails at a higher than average price — Chua hoped that consumers would start to understand the true cost of being unsustainable.

“I hope that consumers can be educated [about sustainability] and the government encourages consumers to choose sustainable palm oil. When that happens, supply will align with demand,” he said.

In the meantime, Mewah is aiming to make its palm oil 100 per cent traceable to plantation by 2018, and source 100 per cent of its raw materials from certified sustainable sources by 2020.

Ferrero, the maker of much-loved household brands Nutella and Ferrero Rocher, has emerged as a leader and champion of sustainable palm oil in Europe, even as other Italian food manufacturers avoid palm oil altogether.

When the European Food Safety Authority said in May last year that the commodity posed a potential cancer risk to consumers, the company spoke out in defence of palm oil. Ferrero uses palm oil to give its hazelnut-chocolate spread Nutella a smooth texture and extend its shelf life.

Since then, Ferrero has run an advertising campaign in Italy to reassure consumers and dispel concerns about the safety of Nutella and therefore, palm oil. Sales of the popular spread, which had dipped in the year up to August, bounced back by four per cent following the campaign in September.

Ferrero is a pioneer in the use of sustainable palm oil, and is one of a handful of companies in the world to use 100 per cent RSPO-certified segregated palm oil. The company sourced 180,000 tonnes of palm oil or 0.3 per cent of the 62 million tonnes produced globally.

It has been a member of RSPO since 2005, set up the Ferrero Palm Oil Charter in 2013 to monitor its supply chain, and started using 100 per cent sustainable palm oil in 2015.

“Once the first volumes of sustainable palm oil became available, Ferrero started systematically focusing on segregated palm oil,” said a Ferrero spokesperson, who added that while doing so costs more, the company was dedicated to ensuring the sustainability of its supply.

In 2015, Ferrero also became a member of the Palm Oil Innovation Group, which builds on RSPO standards to create a framework to weed out bad practices in the palm oil supply chain and claims to go further than the RSPO approach.

When asked why Ferrero decided to use sustainable palm oil, the spokesperson said: “Ferrero is aware of the responsibility that comes with having leading global brands, and has always been committed to leveraging its position to transform and innovate the palm oil industry.”

A household name for affordable furniture, Ikea is less known for its efforts at sourcing sustainable palm oil.

According to the company’s sustainability report 2016, the global retail giant used 41,686 tonnes of palm oil in 2015. The overwhelming majority—96 per cent—is RSPO-certified segregated sustainable palm oil, the second most sustainable form of palm oil. The remaining four per cent Ikea offsets via RSPO book-and-claim credits.

The versatile vegetable oil is used in three areas of its business: candle-making, food production and food preparation. Candles absorb more than 90 per cent of the palm oil purchased by the Swedish manufacturer, and Ikea-brand food products and kitchen operations utilise only sustainable palm oil.

The last piece of the puzzle is the local food supply chains including one-time purchases from vendors or small-scale suppliers. But Lee Hui Mien, head of sustainability, Ikea Southeast Asia told Eco-Business that the Ikea food team is working closely with its suppliers to explain why sustainable palm oil is necessary, and give them a timeline and provide them with references to experts on sustainable palm oil, such as WWF.

Hopefully one day sustainable palm oil becomes the norm, then we don’t even have to talk about it because all the oil you buy will be sustainable.

As a result, some of Ikea Southeast Asia’s major suppliers have started using sustainable palm oil in their businesses.

“Our biggest achievement is moving our local suppliers towards using sustainable palm oil as well,” Lee told Eco-Business, while acknowledging that it would take a “longer time” to convince all the food suppliers Ikea Southeast Asia works with.

“Hopefully one day sustainable palm oil becomes the norm, then we don’t even have to talk about it because all the oil you buy will be sustainable,” she added.

Ikea Southeast Asia’s food sourcing team replaced conventional palm oil with its sustainable counterpart in the production in 2015. “It took time to find palm oil suppliers who could provide segregated certified sustainable palm oil as the market was not very developed. We only managed after asking current suppliers to source for it,” Lee said. The cost price was not passed on to consumers—despite the premium on sustainable palm oil for cooking being six per cent over conventional palm oil at the time.

When asked how Ikea communicates palm oil policy, Lee said that Ikea’s emphasis is on secondary communication such as in-store messaging, rather than relying on primary labelling or the use of logos on packaging, which is “not the most cost-effective way”.

Furthermore, palm oil tends to form a small percentage of the ingredients that go into foods. “When labelling chocolate, for instance, you’d choose a Fairtrade cocoa logo over the RSPO one due to its content ratio,” said Lee.