What's a Shruder and will it help end plastic pollution?

Plastic pollution is arguably one of the most pressing environmental issues today, with an estimated 8 million tonnes of plastic entering the oceans each year, and researchers predicting that there will be more plastic than fish in the sea by 2050.

But in the same way that the global community is trying to solve the equally urgent problem of man-made climate change—by trying to drive greenhouse gas emissions down to a “net zero” state—two companies have come up with solutions to achieve “plastic neutrality”.

In climate change mitigation efforts, polluters can offset their greenhouse gas emissions by purchasing carbon credits—that is, certificates whose sale supports efforts to reduce emissions, such as energy efficiency and reforestation projects.

The two solutions unveiled at the Plasticity seminar in Sydney’s Maritime Museum on Tuesday, aim to do the same thing for plastic pollution. The Plastic Neutral certification by Australian social enterprise Plastic Collective, and the world’s first Plastic Offset Programme developed by Thailand-based surfboard manufacturer Starboard, offer a way for businesses which use plastic to support efforts to solve the global plastic pollution problem.

Louise Hardman, chief executive officer and founder, Plastic Collective, told an audience of about 120 public, private, and academic sector representatives that the Pacific Islands—comprised of nations such as Fiji, Vanuatu, Kiribati and the Marshall Islands—produce large amounts of plastic waste every year, most of which is not properly recycled.

This is due to a lack of proper waste collection and processing infrastructure on the remote islands, explained Hardman, who was a high school science teacher for many years before starting the Plastic Collective in 2016. The company’s core product, a machine called the Shruder, was developed in response to this waste processing challenge. 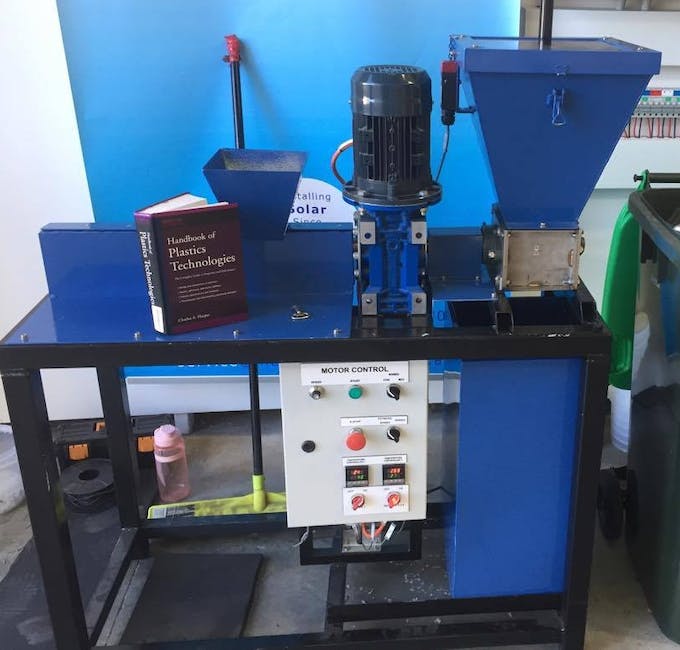 A portmanteau of “shredder” and “extruder”, the Shruder is a lightweight, portable machine that can shred single-use plastic items such as bottles and takeaway containers. The shredded waste can then either be sold on to recyclers, or recycled into building or landscaping materials, filament that can be woven into coverings or even be fed into 3D printers.

But though it presents an effective solution for waste management in remote areas like islands or rural provinces, the Shruder is often too expensive for communities living in these parts to afford, noted Hardman. Each machine costs about A$25,000 (US$19,200), and a further A$10,000 to manage annually.

This is where the Plastic Collective’s Plastic Neutral Programme for corporates comes in, said Hardman. Companies which use plastic in their operations can fund Plastic Collective’s efforts to deliver and operate Shruder machines, thereby offsetting their own plastic waste. For instance, a company which sells about 19.5 million plastic bags a month—a figure that large national retail chains may easily hit—this equates to about 10 tonnes of plastic use.

A Shruder can recover about 1 tonne of plastic a month, so by funding ten such machines, a corporation can offset its plastic footprint while also creating jobs in remote areas and helping stop plastic waste. Companies can be between one and five-star certified Plastic Neutral, depending on the proportion of their plastic footprint they offset.

“It increases consumer confidence, improves employee engagement, and provides a host of other mutual benefits,” said Hardman. A company is already in talks with Plastic Collective to fund the deployment of several Shruders in Vanuatu. These will be set up as a pilot project at this year’s Pacific Mini Games in December this year.

Speaking at the Plasticity Sydney event, Starboard’s sustainability analyst Bailey Rosen explained that Starboard, after quantifying its plastic use, decided to put a price on plastic. Starboard set a base price of 50 cents per kilogramme, and then developed a scale to determine the cost incurred by each type of plastic. This would be decided by three factors: the lifespan of the plastic, its toxicity, and the volume of waste it generates.

The plastic that Starboard uses to wrap its surfboards—a mix of high and low density plastic—costs 36 US cents per kilogramme to offset, while injection moulded plastic that goes into its surfboards costs just two cents to offset, because it is partially made from recycled fishing nets. In total, the company has channelled US$24,000 into a fund that supports projects to remove and recycle ocean plastic.

“We encourage other companies to get on board with this; to price plastic in whatever way they see feasible in order to send a message that they value this externality; that they understand what happens to human health and ecosystems when plastic gets into the water,” said Rosen.