What is plastic offsetting? And can it really help to fight the plastic crisis?

Companies are under growing pressure to reduce the amount of plastic they produce and consume, as the plastic waste choking the oceans continues to horrify consumers, anger activists and worry investors.

But for some companies, there is only so much plastic they can realistically remove from their operations for the foreseeable future.

A restaurant can stop offering customers straws, coffee cup lids and carrier bags. But what about the food packaging that extends a product’s shelf life?

Companies can offset unavoidable plastic use by investing in projects that tackle plastic pollution. This is known as plastic offsetting. 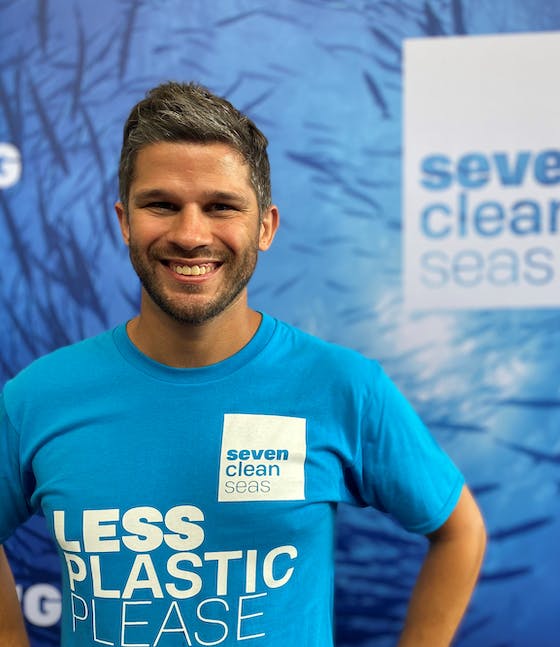 One of the first organisations to offer companies a plastic offsetting service was Seven Clean Seas, the brainchild of former financial advisor and shipbroker Tom Peacock-Nazil, who founded his firm in 2018.

The Singapore-based company, which is already profitable after less than two years of operations, offsets the plastic a company cannot eliminate by removing an equivalent amount of plastic trash from beaches and waterways around Southeast Asia.

Seven Clean Seas has removed an estimated 54,000 kg of plastic from the marine environment since launching, for corporate events as well as offsets.

So, should plastic offsetting be subject to the same sort of scrutiny as carbon offsetting, which critics say allows big corporate polluters to buy their way out of responsibility for the environmental damage they’ve caused?

Is it fair that companies whose products pollute the oceans, such as consumer goods giants Coca-Cola, Unilever, Nestlé, Mars and Mondelez, can buy plastic offsets and then continue to use disposable plastic to package the products that harm waterways?

Hailin Pek, manager of Singapore-based waste reduction non-profit Zero Waste SG, said that she thinks that plastic offsetting is “feasible” as part of the transition towards the circular economy, but companies should still look to reduce the plastic they use first.

Companies want to keep using plastic, but if that is to happen safely and without a backlash, then they need to fix the system, and clean up the mess already made.

In this interview with Eco-Business, Peacock-Nazil talks about the challenges of scaling up plastic offsetting, his concerns about companies using offsets to greenwash their plastic footprint, and why the buzzword “circular economy” is still more marketing than reality.

What are the major challenges that plastic offsetting faces?

First, there is a lack of consumption data from companies. Without understanding current plastic consumption, it is impossible to reduce and offset the correct quantities.

There’s also a huge lack of information on methodologies for measuring plastic footprints. Quantis published the world’s first very recently, but as often is the case, subsequent versions will likely become more accurate. Another issue is transparency and accuracy around the data supplied by companies, and the varying definitions of necessary and unnecessary plastic.

Which industries do you think are most likely to move first with plastic offsetting?

Companies that have existing plastic consumption data and active sustainability strategies are moving first. Our first client was German condom manufacturer Einhorn, which was already carbon neutral, gender equal and promotes fair wages for its workers throughout the supply chain. They needed to address the plastic footprint of their products and engaged us to remove that same quantity from the marine environment. Einhorn has now been plastic neutral for the last two years.

We are in ongoing discussions with shipping and pharmaceutical firms too, as they have both the data and the willingness to invest in sustainability.

What sort of mechanism do you think can work for plastic offsetting to achieve scale?

We need to see a shift in companies’ perceptions of plastic to that of an emission similar to carbon. Once this switch in psyche is there, through regulation and consumer demand, we need to see companies appreciate the value in reducing and offsetting plastic.

Critics of carbon offsetting say it allows big polluters to carry on polluting, and buy their way to carbon neutrality. How do you defend the equivalent accusations aimed at plastic offsetting?

It is a fair point and something I have pondered since the beginning. The purpose of plastic offsetting is to mobilise corporate capital and funnel it into cleaning the oceans. It is also to act as a financial disincentive to using plastics in the first place, leading to overall reductions in plastic use. To achieve this, plastic offsetting must remain relatively expensive to [the cost of] plastics. This is not a problem currently, as we don’t have the scale required to bring prices that far down. But it’s something that needs to be monitored and addressed going forward.

How do you ensure that companies don’t use your service to greenwash their plastic footprint?

It’s a tough issue to address, but extremely important. We are looking at different methodologies for determining the level at which companies should engage with plastic offsetting. If the goal is not plastic neutrality or plastic negativity, then what lesser commitment is meaningful or impactful for it not to be considered greenwash?

For example, if a company is eligible to offset 100 million kg of plastic but asks to only offset 10,000 kg, then this could be seen as greenwashing.

The circular economy is a bit of buzz phrase. While there is no doubt that this needs to be the end goal, we are so far away from it being a reality.

This is still an ongoing concern, but something we are super aware of. The goal is to have a minimum level of engagement on plastic offsetting, and if that is not achievable then the offset shouldn’t happen.

One issue for plastic offsetting is that it is expensive, particularly when you consider that virgin plastic is cheaper than recycled plastic, and companies in most countries in Asia do not pay for the impact of plastic pollution. So how do you convince companies that it’s worth it?

Companies want to keep using plastic, but if that is to happen safely and without a backlash, then they need to fix the system, and clean up the mess already made. This will come at their cost. Obvious environmental benefits aside, companies need to look at it like a long-term investment that allows them to continue operations. Plastic offsetting is a powerful tool to tackle plastic pollution in the marine environment, which is arguably the most dangerous place for plastic to end up.

What are your thoughts on how well (or otherwise) the circular economy is taking off in Asia?

The circular economy is a bit of buzz phrase in my opinion. While there is no doubt that this needs to be the end goal, the truth is that we are so far away from it being a reality. I feel like it is being brandished way too often for the sake of marketing and public relations, rather than for an encouraging discussion around how difficult the journey will be and at what stage we really are at.

What in your view is the most effective way of tackling the plastic crisis in Asia right now, to ensure we’re not drowning in the stuff in 20 years or less?

It will take a combination of stakeholders all working towards the same goal. We need government and private infrastructure investment, open source material developments, packaging design revolutions, scalable initiatives to remove the huge quantity of plastic already in the natural environment and, most importantly, consumers and producers need to be willing to make the required sacrifices.