Speaking at the COP27 climate talks in Egypt, Laura Clarke, head of environmental law firm ClientEarth, said more needed to be done to 'go after plastics', which are Big Oil's 'plan B'.

The United Nations’ COP27 climate talks now underway in Egypt have been tarnished by greenwashing, according to the head of an environmental law firm.

Speaking at a side event organised by New York Times, Laura Clarke, chief executive of ClientEarth, said on Tuesday that “there is greenwashing at COP”, taking aim at the event’s headline sponsor, fizzy drinks brand Coca-Cola.

“I think all of us felt rather sad when we saw that COP27 was being sponsored by Coca-Cola, because of the massive amounts of plastic it uses,” she said.

Coca-Cola, which is routinely named as the world’s biggest plastic polluters in global beach litter audits, was named sponsor of COP27 in October.

On Monday, environmental groups campaigning for waste elimination called for Coke to be kicked out as a COP27 sponsor.

“We need to go after plastics, because plastics are Big Oil’s plan B – they are sustaining the [oil and gas] industry,” Clarke said.

The petrochemicals from which plastics are derived will be driving nearly half of oil demand growth by 2050, the International Energy Agency has predicted.

Founded in 2008, ClientEarth uses the law to hold corporates to account for their sustainability claims.

In September, the firm issued legal warnings to consumer goods firms in France including Nestlé, Danone, and McDonald’s for failing to address the risks related to the plastic pollution they produce.

Clarke, who was the British High Commissioner to New Zealand before joining ClientEarth as CEO in July, was asked what people in developing countries can do to combat greenwashing. She said that the right regulatory and legislative frameworks need to be in place – backed up by enforcement. 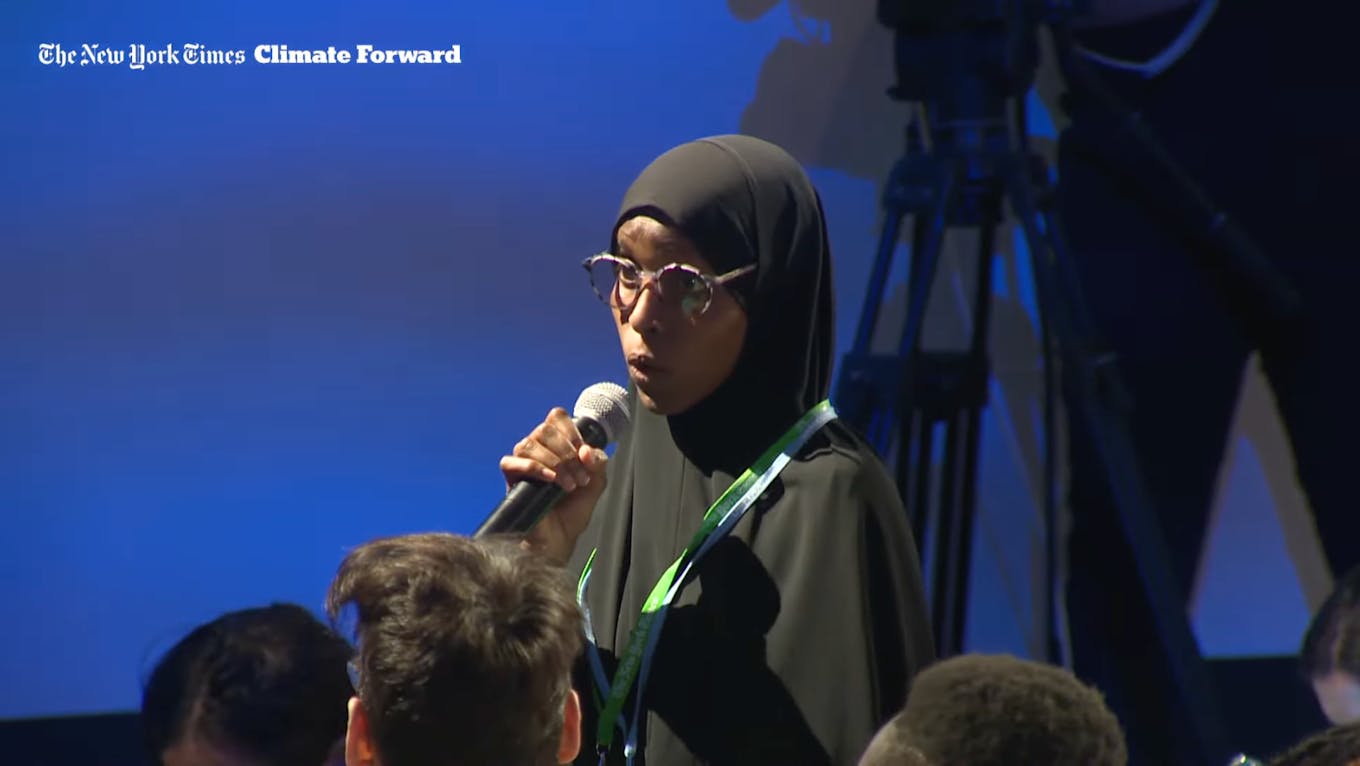 In Asia, there has yet to be a legal case of a company penalised for making misleading or erronenous sustainability claims in advertising.

“Part of the problem is because it is [greenwashing] so new, we don’t necessarily have that [frameworks to address greenwashing]. So companies are trying to sort of work it out as they go along,” she said.

“The big point about these greenwashing cases is that encourage those who are doing the right thing to double down, and makes an example of those who are trying to work the system and cheat,” she said.

Companies need to be making “meaningful” net-zero commitments and strategies that are aligned with the Paris Agreement’s 1.5 degrees Celsius goal, and for these goals to be “absolutely integrated in the core of the operations and not because not part of the PR department,” Clarke said.

Her comments came on the same day that United Nations secretary-general António Guterres said there must be “zero tolerance” for greenwashing in net-zero claims.

The UN published a report on stronger and clearer standards for net-zero emissions pledges in September.

“Using bogus net-zero pledges to cover up massive fossil fuel expansion is reprehensible,” Guterres said in a speech on Monday.

Clarke acknowleged that cutting corporate emissions was difficult. “We’re building the aeroplane and flying it at the same time,” she said.

Corporate culture and leadership were critical to making a company’s net-zero ambition work, she said.

“You need the culture within the organisation so that individuals are rewarded and compensated based on the delivery of sustainability changes – that’s really important.”

Achieving net-zero should not mean passing on higher costs to the consumer, she added.

Jesper Brodin, CEO of Ingka Group, owner of furniture brand Ikea, said on the panel he shared with Clarke that consumers should be “be prepared to trust the good intentions” of brands communicating their sustainability progress.

“You have to take a leap of faith. And that means that sometimes we need to prepare ourselves as consumers and citizens to trust good intentions, because it takes a bit of time to get there [achieve sustainability goals],” he said.

Ikea’s sustainability credentials took a hit in June 2020 when the furniture retailer was linked with illegal logging in Ukraine.

“Maybe even trust brands for failures – because we will fail along the way,” said Brodin.

“Ultimately, the only way we will be trusted by consumers, by our co-workers, and by society is through our actions and our results.”

“Therefore there is a responsibility on brands to communicate [their sustainability progress]. Otherwise, how can we build trust?” he said.

An October report by South Pole, a climate project developer, found that one of four large private firms with net-zero targets have not communicated their decarbonisation progress, potentially for fear of being called out for greenwashing.