With the government overturning a 2017 ban on open-pit mining in December, the farming community of Narra, Palawan fears that the return of nickel ore extraction will ravage the environment and their crops.

Farmer Melchor Ortiz waited for three months before harvesting 43 sacks of rice from his one-hectare patch of farmland in January. But the wrinkled lip of 63-year-old Ortiz was drooping slightly, his grey brows furrowed, as he stood in the vast rice field facing the mining-scarred mountain in the western Philippines province of Palawan.

It has been more than a decade since lateritic soil coming from the Narra Nickel Mines and Development Corporation site contaminated farmlands in Calategas, a village in Narra town, the province’s rice granary.

“Our yields have never been the same,” he told Eco-Business. Before the company started the mining the area in 2006, he used to harvest at least 100 rice sacks every cropping season.“We’re not earning enough—the harvest is now always a failure.”

While the mining company has not been in operation since 2014, after a Philippine regional court ruled a civil case in favour of the Calategas Irrigators’ Service Association (CISA), Ortiz and others from this farmers’ organisation claimed that their fields are still reeling from the traces of iron and aluminum-rich laterite, which they alleged are causing the continued stunting and wilting of their rice crop.

“Our farmlands have become heavily dependent on fertiliser—without it, we can’t get a good harvest,” he said, adding that his earnings are only enough to pay his creditors.

Fear spread in his village in April last year when Philippine president Rodrigo Duterte overturned a nine-year moratorium on granting new mining permits, which the government claimed would help to revive an economy ailing amid the Covid-19 pandemic.

In December, the Department of Environment and Natural Resources’ (DENR) lifted the four-year old nationwide ban on open-pit mining for complex ores, including nickel, imposed in 2017 by the agency’s former secretary Gina Lopez. Prior to assuming her post, she had stood with farmers and fishers campaigning for “No to mining in Palawan.”

“On top of the climate impacts that we have to grapple with, we’re worried that this new directive will lead to the revival of mining here,” said Teofilo Tredez, CISA president and community organiser at Palawan NGO Network Inc, a collective of non-profit organisations campaigning for sustainable development in local communities in the province. “In times of typhoon-induced flooding, like what happened recently here [nine towns in Palawan were swamped by heavy rains in October], it’s us who will suffer the most when mining is permitted to clear vast swaths of our forests.”

Mining in the Philippine tropical forest

The soaring global demand for electric vehicles (EVs) is putting immense pressure on the world’s mineral-rich ultramafic forests, including in Palawan, which holds 10 per cent of the Philippines’ forest cover.  Forest that grows on ultramafic soil has a high concentration of minerals, primarily nickel, which is crucial for the production of the lithium-ion batteries that power EVs.

In 2020, Indonesia, the world’s largest mined nickel producer, imposed a ban on nickel ore export, resulting in a global nickel supply deficit. To continue feeding the skyrocketing demand for EVs in China, Europe and the United States, the focus tilted to the second-biggest nickel producer, the Philippines, with China, which dominates the global battery supply chain, as its largest market for raw nickel.

In the first three quarters of 2021, the country generated US$2.4 billion in metallic mineral production value; more than 58 per cent or US$ 1.4 billion of which came from nickel. The Philippine government is optimistic that that yield would improve with the lifting of nationwide bans on new mining permit issuances and on open-pit mining, creating more jobs in rural areas.

Wildlife, watershed are at stake

Nickel is extracted through open-pit mining, and viable deposits were found in the 165,000 ha Victoria-Anepahan Mountain Range, a biodiversity-rich area in the province’s central-southern region where the Narra Nickel mine was located.

The Chamber of Mines of the Philippines, a mining industry association, said open-pit mines “can be operated safely, according to globally accepted standards,” but forest scientists and activists are not convinced. 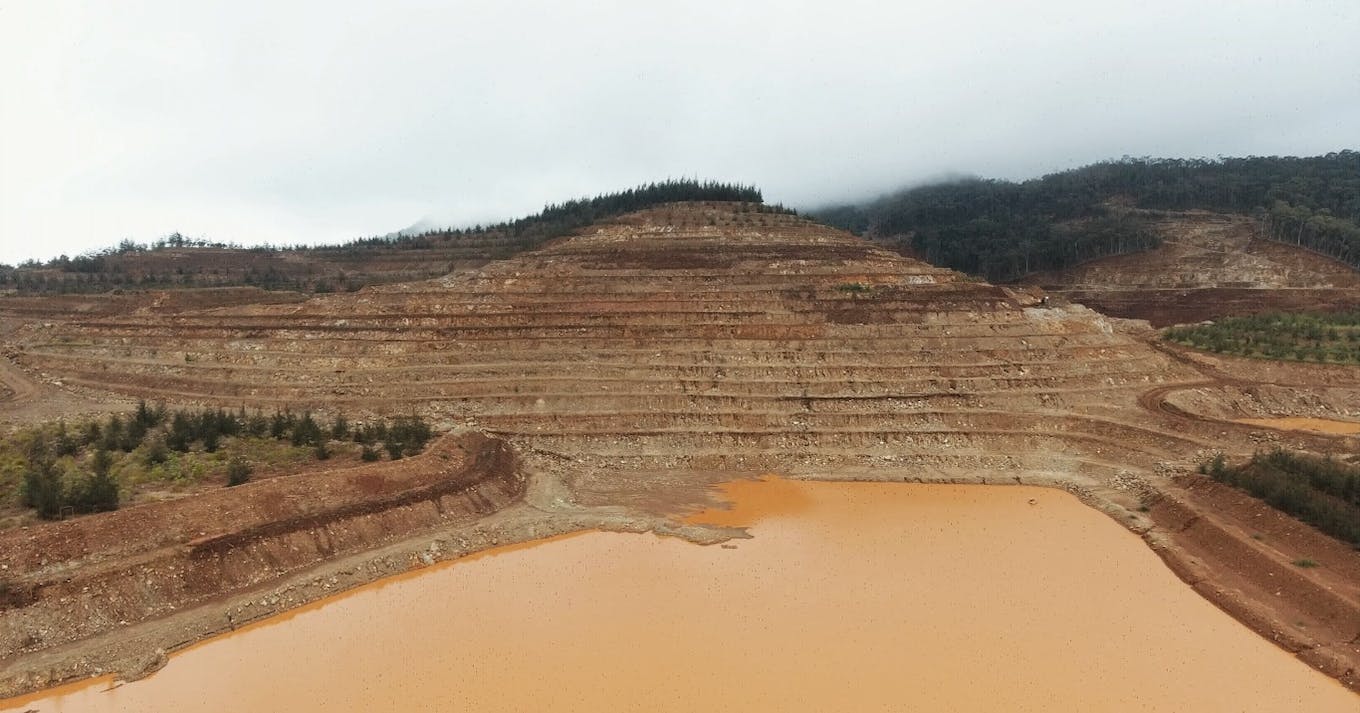 “Open-pit mining damages the forest and the hydrological function of the watershed and, in turn, the farming communities in the downstream area,” said Dr Marco Galang, forest soils and hydrology professor at University of the Philippines Los Baños.

A UNESCO Biosphere Reserve, Palawan harbors 105 out of the Philippines’ 475 threatened species, some of which are endemic to the island’s primary and secondary tropical rainforests. Despite ongoing forest degradation, Palawan is the Philippines’ most heavily-forested province, with 694,000 ha of tree cover, according to the most recently available official data, published in 2015.

“Palawan is the last ecological frontier of the Philippines, and given its high levels of species endemism, its forest must be valued,” said lawyer Grizelda Mayo-Anda, the executive director of non-profit Environmental Legal Assistance Center, which represented CISA in the recent court case. “It is so unfortunate that we’re opening up Palawan’s forests to extraction again.”

Allowing mining is about weighing all the pros and cons. It definitely contributes to the Philippine economy and creates jobs. We need these minerals. We cannot be hypocrites. But, at whose expense?

An environmental zoning law has allowed mining in “controlled use areas,” including those within Victoria-Anepahan where at least 20 endemic species like the Philippine Cockatoo, Blue-headed Racquet-tail, and Palawan Hornbill take refuge. These areas cushion the impacts of human activities, so as not to imperil the no-go core zones or natural forests with the highest biodiversity. Guidelines for designating environmentally critical areas have been slated for review since 2021 to accommodate industries viewed to aid the country’s economic recovery.

Communities’ aversion towards mining has stemmed from a number of environmental abuses committed by the industry in the past. Another example is the Citinickel Mines and Development Corporation in Narra town’s Bato-bato village, located next to Narra Nicke. Among the two companies in Palawan suspended by the DENR for “serious environmental violations,” Citinickel was found in 2016 to be operating in a “restricted zone” where mining is prohibited. In 2012 and 2014, it was also suspended after silt pond spills polluted rivers and farmlands.

Among the firms that stand to benefit from the recent mining policy shifts, Citinickel said it has already addressed the concerns and has since continued to improve its environmental safeguards. 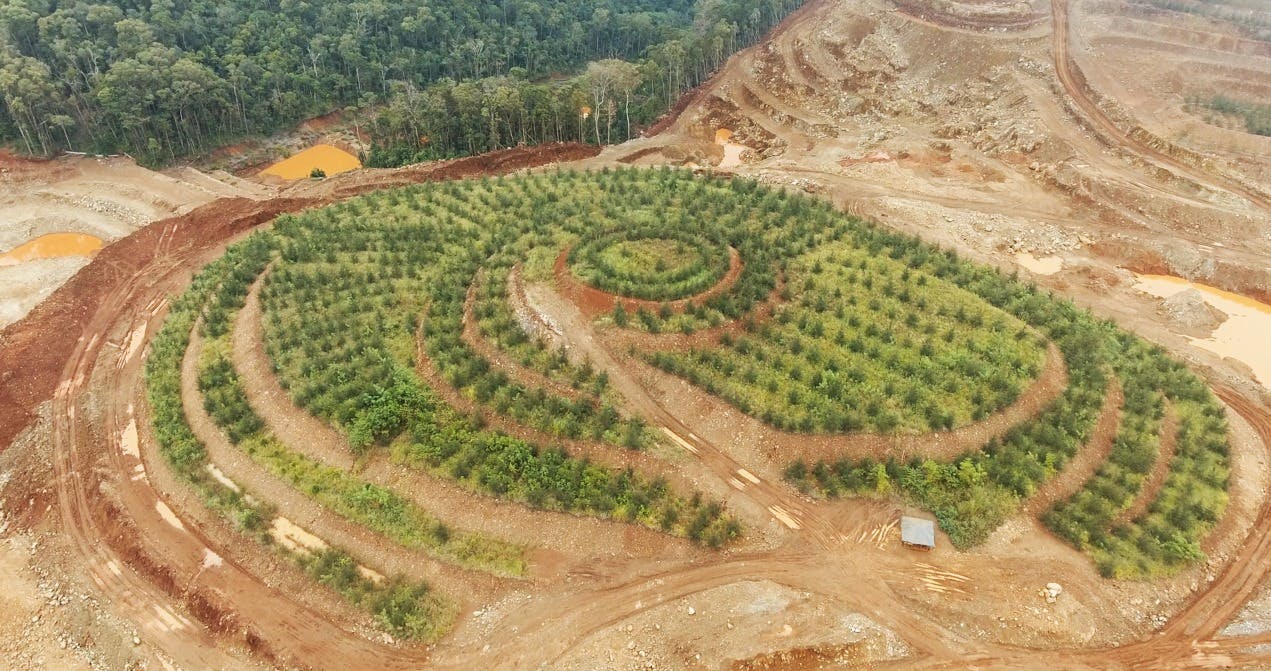 Scientists, meanwhile, are concerned about the irreversible impacts of the mines. “Once you remove that ecosystem, it can never go back to its original state,” warned Dr Neil Aldrin Mallari, chief scientist at the non-profit Center for Conservation Innovation Ph Inc. (CCIPH), which had conducted several biodiversity studies in Palawan, including in the mineral-rich forests of Victoria-Anepahan.

Mallari told Eco-Business that when the degraded forest is rehabilitated after mining, it might re-grow but in a different way.

“The recovered green areas are like plantations, they’re not natural forests. Many papers have shown that the biodiversity value of natural forests is far greater than plantations, and the more diverse the ecosystems are, both at the species and habitat level, the more stable they are and have the ability to recover from natural disturbances,” he said.

Galang said he was concerned about how open-pit mining can alter the area’s overall hydrological function or its ability to safely capture, store and release water. “The heavy sedimentation induced by mining also impacts aquatic communities, riparian vegetation, and river navigation. There is also possible chemical contamination, which can affect the productivity of the wetland areas and marine ecosystems. Farms could also experience declining water supply,” he said.

Activists and scientists remain skeptical. “They need to be cautious and do a cost-benefit analysis to determine whether the investments really are worth it. If they’re responsible they should look into assessing their impact on biodiversity,” Mayo-Anda told Eco-Business. She urged companies to spare Palawan and choose other countries where land areas are bigger and lack valuable natural forests.

“Allowing mining is about weighing all the pros and cons. It definitely contributes to the Philippine economy and creates jobs. We need these minerals. We cannot be hypocrites. But, at whose expense?” Galang said. 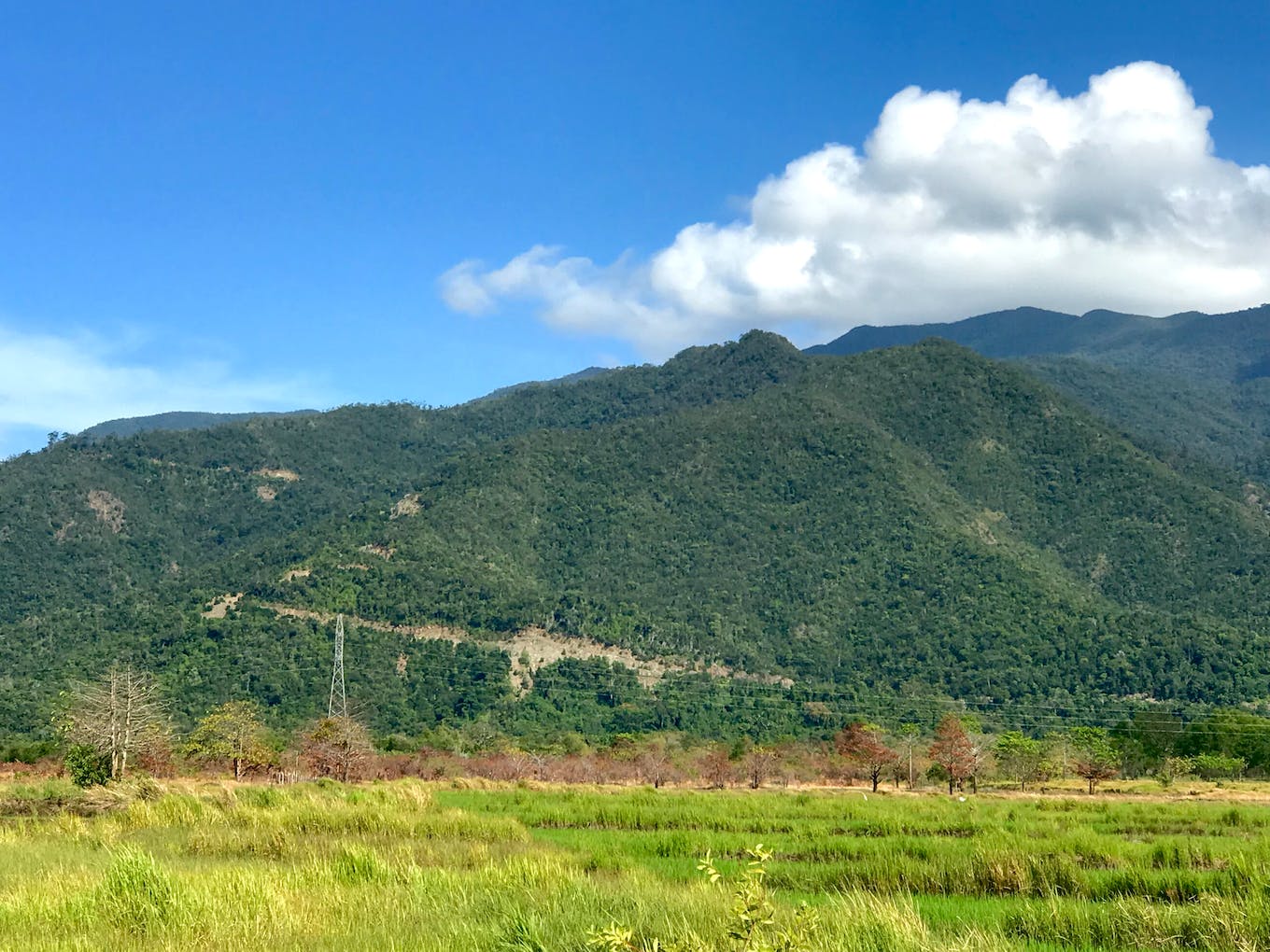 Besides laws prohibiting mining in forested areas, Ortiz and other farmers in Calategas village are pinning their hopes on the Palawan provincial government’s own 25-year moratorium on new mining permit issuances for small-scale mining. Passed in 2008, civil society organisations are closely watching in case the policy is overturned as a result of mining industry lobbying.

Farmers believe that the fate of Palawan’s remaining forests depends on the outcome of the elections in May, and the politicians who will have the power to endorse or prohibit extractive projects.

“Our goal is to ensure that pro-mining candidates won’t secure local government positions in the upcoming elections,” said Tredez, who himself is running for a municipal board seat.

They are also praying for the new Philippine president not to reinstate foreign-owned company Narra Nickel’s cancelled financial and technical assistance agreement, which allows for large-scale extraction in the area. “That’s our biggest fear — the outcome could be disastrous for us here,” he said.