Partnerships key to a cleaner world

Cross-border collaborations and partnerships are needed to make the world a cleaner, more sustainable place. The upcoming CleanEnviro Summit Singapore is poised to provide such opportunities.

Events and trade missions are often conduits for expertise to be exchanged across borders; this is all the more important for the waste sector, given the urgent challenges countries across the world face today.

A 2013 World Bank report estimates that by 2100, the world’s burgeoning urban population will be producing thrice the waste it does today.

Such growth in waste volume worldwide strains infrastructure and leads to unprecedented levels of pollution, which decreases quality of life and harms the environment.

A report published in February by the Ellen MacArthur Foundation and the World Economic Forum, for instance, revealed that Asia is responsible for 80 per cent of plastic leakage into the oceans because of lack of regulation and collection infrastructure.

This is why it is vital for knowledge and expertise to cross borders, and for all who have a stake in a clean environment to get involved, says Dalson Chung of Singapore’s National Environment Agency, which organises the CleanEnviro Summit Singapore.

There have been encouraging developments: Vietnamese and Russian firms set up a joint venture earlier this year to recycle Vietnam’s waste tyres, for instance, while the Canadian city of Edmonton signed a memorandum of understanding with Lichuan in China to share knowledge and help build a facility that converts waste into recyclable portions and fertilizer.

The CleanEnviro Summit, which takes place from this July 10 to 14, is expected to present even more opportunities for exchanges of technological and governance ideas.

Since its first run in 2012, the biennial event -  a platform for high-level plenaries, conventions, and technology exhibitions, and business forums - has seen similar growth in the number, type and duration of cross-border knowledge exchanges. 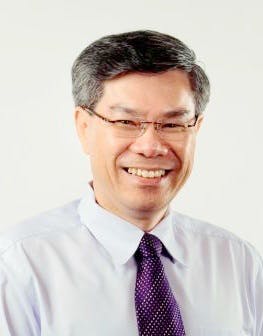 “Challenges in the waste management and recycling industry can only be solved through the concerted effort and dedication of all parties such as governing bodies, private companies and even members of the public,” says Chung, who is the event’s managing director.

Partnerships formed at CESS have had an ever-widening regional and international range, last for the medium to long term instead of being one-offs, and run the gamut from inter-government partnerships to pairings of government and business.

For example, the Training, Advisory and Promotion (TAP) Centre was formed between NEA, the Waste Management & Recycling Association of Singapore (WMRAS), and the International Solid Waste Association (ISWA), following a technical workshop held alongside the World Cities Summit 2010.

Its aim is to jointly develop waste management training programmes. The CleanEnviro Summit is itself now co-located with the World Cities Summit, an international governance meeting on sustainability and other urban challenges, as well as the Singapore International Water Week, also organised by the Singapore government.

Since the initial MOU was signed, the partnership has expanded to encompass workshops, discussions, and site visits.

A flagship annual seminar, which twice covered waste-to-energy technologies and this year will cover hazardous waste management, attracts more than 20 environmental professionals each year from a growing range of countries like Singapore, Malaysia, Indonesia, the Philippines, Oman, South Korea, and Australia.

Last year, participants visited state-of-the-art facilities like the Tuas South Incineration Plant and the Kim Hock Metal Recycling waste-to-energy plant, and heard from European as well as Asian experts about the most efficient methods of getting energy back from waste, controlling the incineration process and corrosion mitigation, along with other technical aspects.

“This increasingly diverse background of waste management practitioners is testament to the growing awareness of TAP seminars across the region and recognition of the quality of these programmes,” says Chung.

It is typically held right after CESS, providing opportunities to take the discussions from the Clean Environment Convention deeper, as well as making it convenient for local and international delegates to connect and to participate in both programmes.

“Since the CESS delegates are already in Singapore, we expect a number of them to seize the opportunity to also participate in our TAP Centre Seminar and hear from the experts on hazardous waste management, a subject which is a departure from that of our last two runs which focused on Waste-to-Energy,” says WMRAS chairman Melissa Tan.

Besides the TAP Centre Seminar, many other forms of cross-border exchange of expertise take place at the summit.

One key form is agreements and memorandums of understanding between companies and government agencies attending the summit.

For example, in 2012, IT giant IBM signed an agreement with the NEA to help the agency predict and manage air quality, weather and dengue detection.

In 2014, the event saw over S$318 million worth of projects inked, and an estimated S$369 million more potential deals in the pipeline.

The signed deals included the S$15 million project for the development and operation of a metal recovery facility by Remex Singapore of the Remondis Group, which is one of the largest German recycling, services and water company.

The facility salvages ferrous and non-ferrous metals from incineration bottom ash generated by the incineration plants, and is part of the Singapore government’s long-term strategy to manage solid waste in the country.

The summit itself also features business forums and networking sessions: In 2014, more than 280 business meetings were facilitated with forums focusing on topics such as the environmental sector challenges and opportunities in emerging markets such as China and India.

In addition, CESS partners organise side events on site, adding to a more vibrant programme for delegates.

In 2014, Singapore’s Ministry of Environment and Water Resources, Ministry of Trade and Industry, and National Climate Change Secretariat organised a Green Growth Business Forum with the UK High Commission, bringing together the Singapore and UK business communities and featuring international speakers on energy efficiency.

While the CleanEnviro Summit has been held only since 2012, its cross-border exchanges are beginning to bear fruit.

During the inaugural CESS in 2012, NEA and business-promotion agency IE Singapore facilitated a meeting between Polish government officials and Keppel Seghers for the former to understand more about the company’s expertise in waste to energy.

“This is just one of the many positive spinoffs generated through CESS,” Chung says. “We hope to see more of such collaboration in the 2016 edition.”

Hear the latest insights on environmental market trends, waste management, cleaning, and related technology and policy. Registration for CESS is now open, with early-bird rates extended till May 15. To register, please click here.