The low-lying island-state has opened a seed bank, boosted food security and is beefing up its drainage and infrastructure. But there’s more it can do to tackle the existential threat of climate change, experts say.

Singapore has ratcheted up the momentum and sense of urgency to act on climate change in recent months.

While its emissions targets and climate policies have been deemed “highly insufficient” to limit global warming to 2°C by the end of this century—and fall short of what organisers of last month’s first-ever Singapore Climate Rally are calling for—Prime Minister Lee Hsien Loong has said the country’s leaders are on the side of young climate activists.

“We owe them a responsibility to act, and they deserve our full support,” he said at the United Nations General Assembly last week. “It is the responsibility of our generation to leave future generations with a habitable planet, both through mitigation and adaptation.”

In August, Lee had said Singapore could spend S$100 billion (US$72 billion) or more over the next 50 to 100 years to adapt to climate change and rising sea levels, which threaten the country’s very existence.

Sea levels are projected to rise by up to one metre, or higher according to a range of sea-rise studies, by the end of this century. The Centre for Climate Research Singapore has projected that as early as 2045, temperatures here could soar to 40°C on some days of the year, if the world continues to generate greenhouse gases at business-as-usual rates.

Adaptation efforts are gathering pace in the low-lying island nation.

In the past year, Singapore has unveiled plans to safeguard the region’s plant biodiversity and boost its food security. It also opened major drainage projects to protect the prime shopping belt from flooding.

It is the responsibility of our generation to leave future generations with a habitable planet, both through mitigation and adaptation.

Where seeds are safe

Like the Svalbard Global Seed Vault in Norway, which opened in 2008, Singapore’s first seed bank aims to safeguard the genetic resources of plants.

The vault in Svalbard can store up to 2.5 billion seeds of 4.5 million crop varieties.

Singapore opened its seed bank in July to safeguard plant biodiversity in Southeast Asia. Housed in the Botanic Gardens, a Unesco World Heritage site, it can store the seeds of up to 25,000 plant species—about half the total found in Southeast Asia. 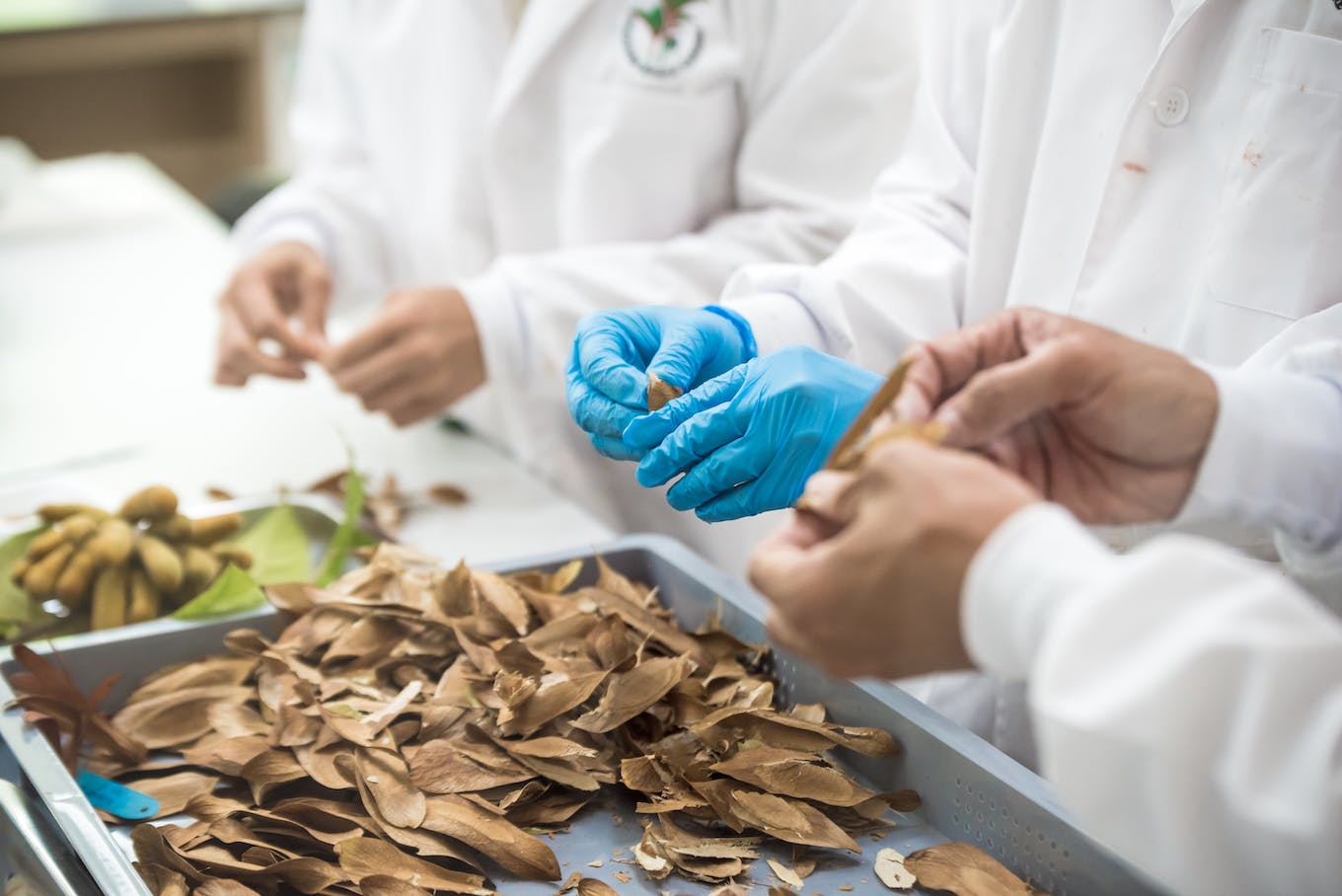 “With rising global temperatures, what we will probably see in the forests and habitats here is that plant and animal species that are not adapted to such increases in temperatures will be displaced from the environment,” said Ang Wee Foong, centre director of the seed bank.

Seed banking serves as insurance against disease and natural and man-made disasters, and is a valuable resource for habitat restoration and species conservation.

Seeds are dried and stored in freezing conditions to ensure their longevity. Those that cannot withstand being dried and frozen, such as the Singapore Durian, undergo cryopreservation, where seed embryos are stored in liquid nitrogen at -196°C.

They are regularly tested for their viability. In general, 85 per cent of the tested seeds must germinate for them to be classified as viable, said the National Parks Board.

The world needs to feed a growing population at a time when water, arable land and other resources are increasingly scarce.

It will need to innovate to achieve the goal.

Some companies, such as Shiok Meats and Sophie’s Kitchen, are looking to grow cell-based seafood or develop plant-based protein that tastes like meat. They aim to use a fraction of the resources required by conventional farming methods. 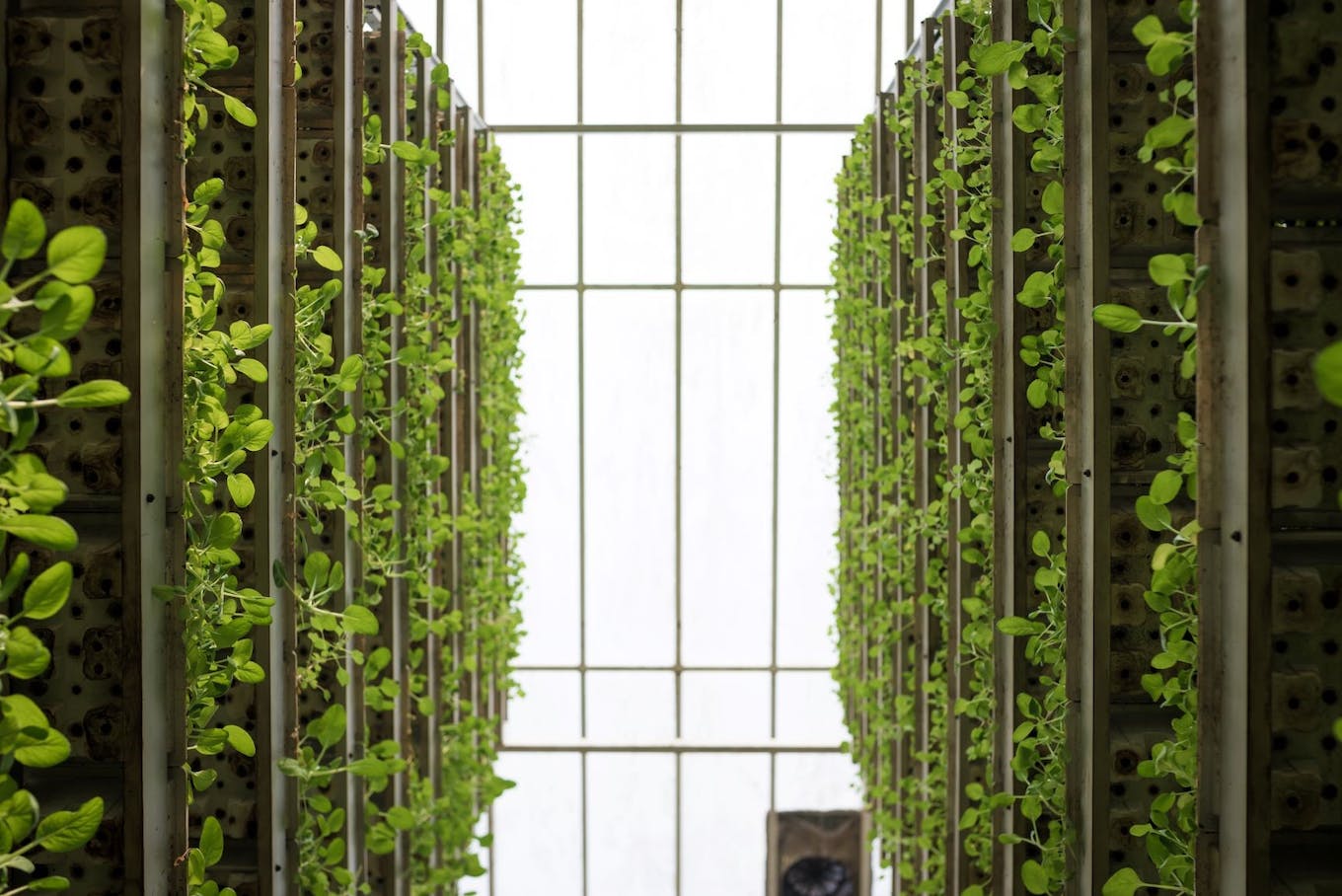 For others, going vertical is the best way to overcome land constraints.

A farm called Sky Greens uses metal towers with rotating tiers to grow organic vegetables, yielding 10 times more compared to conventional farming. The troughs are rotated by the momentum of water and gravity, and only 40 watts of power—the equivalent of a light bulb—are needed to for a 9-metre tower.

The country has been experiencing more intense and frequent rainfall, but the authorities could not keep widening drains to boost flood protection in Orchard Road.

They decided to build an underground tank with the capacity of 15 Olympic-sized pools to hold excess storm water during a downpour. After the storm subsides, water in the Stamford Detention Tank is then pumped back into the drains. A new canal also diverts some storm water from the Stamford catchment area to a river with spare capacity. 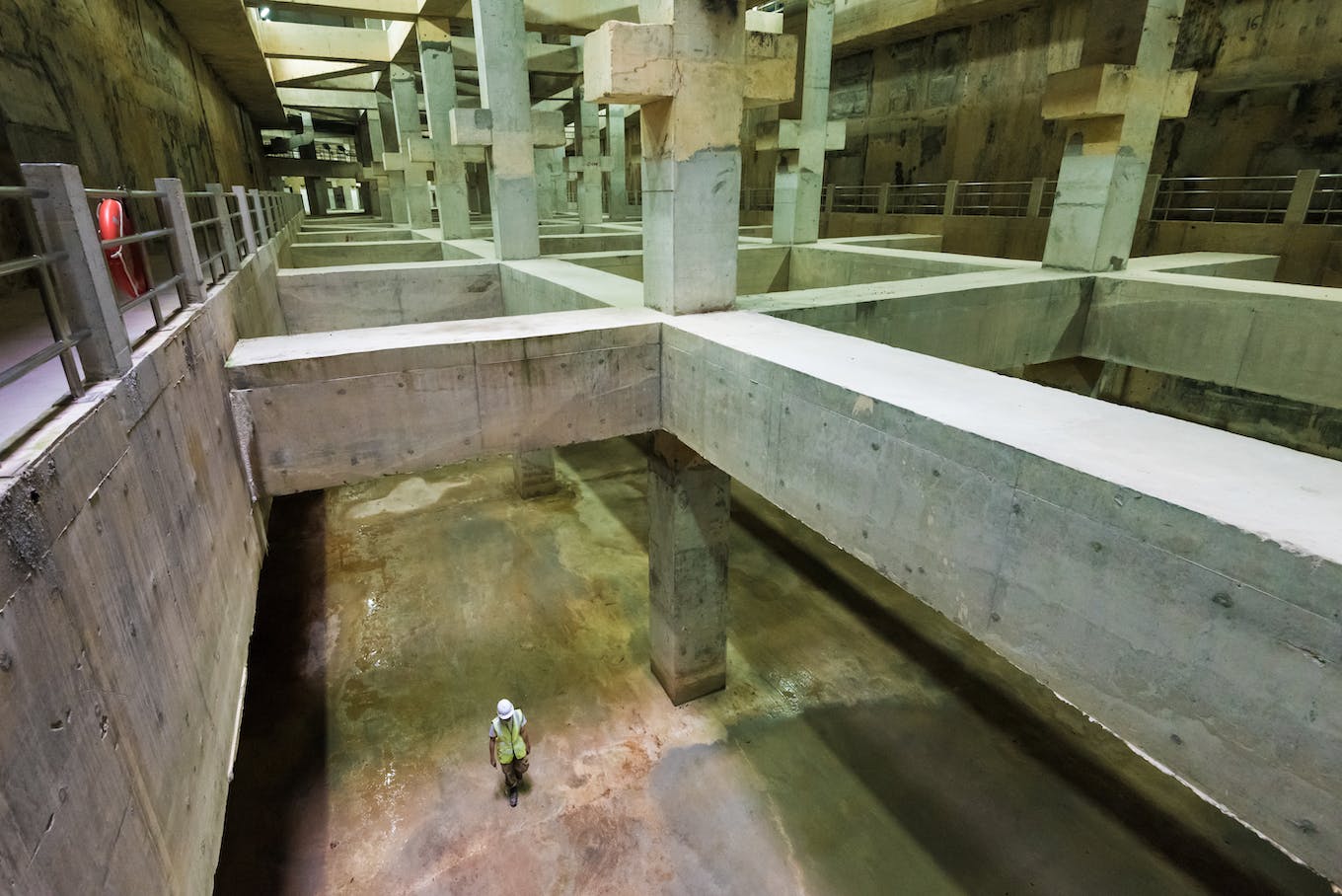 The underground Stamford detention tank, which has the capacity of 15 Olympic-sized pools. Image: Eco-Business

Such anti-flood measures are relevant to other densely built-up cities, said national water agency PUB’s principal engineer James Koh. Detention tanks and diversion canals are an alternative to the continual widening of canals, which eat into spaces that can be used for roads, parks, commercial and residential areas, he said.

The melting of Arctic ice sheets will open up new shipping routes in the northern polar region, posing challenges as well as opportunities for Singapore, which has one of the world’s busiest ports.

There are 1,000 ships within its port limits at any one time, and the country handled about 36.6 million containers last year, said Tham Wai Wah, chief sustainability officer and director of engineering and project management at the Maritime and Port Authority of Singapore (MPA). Maritime contributes 7 per cent of Singapore’s gross domestic product. 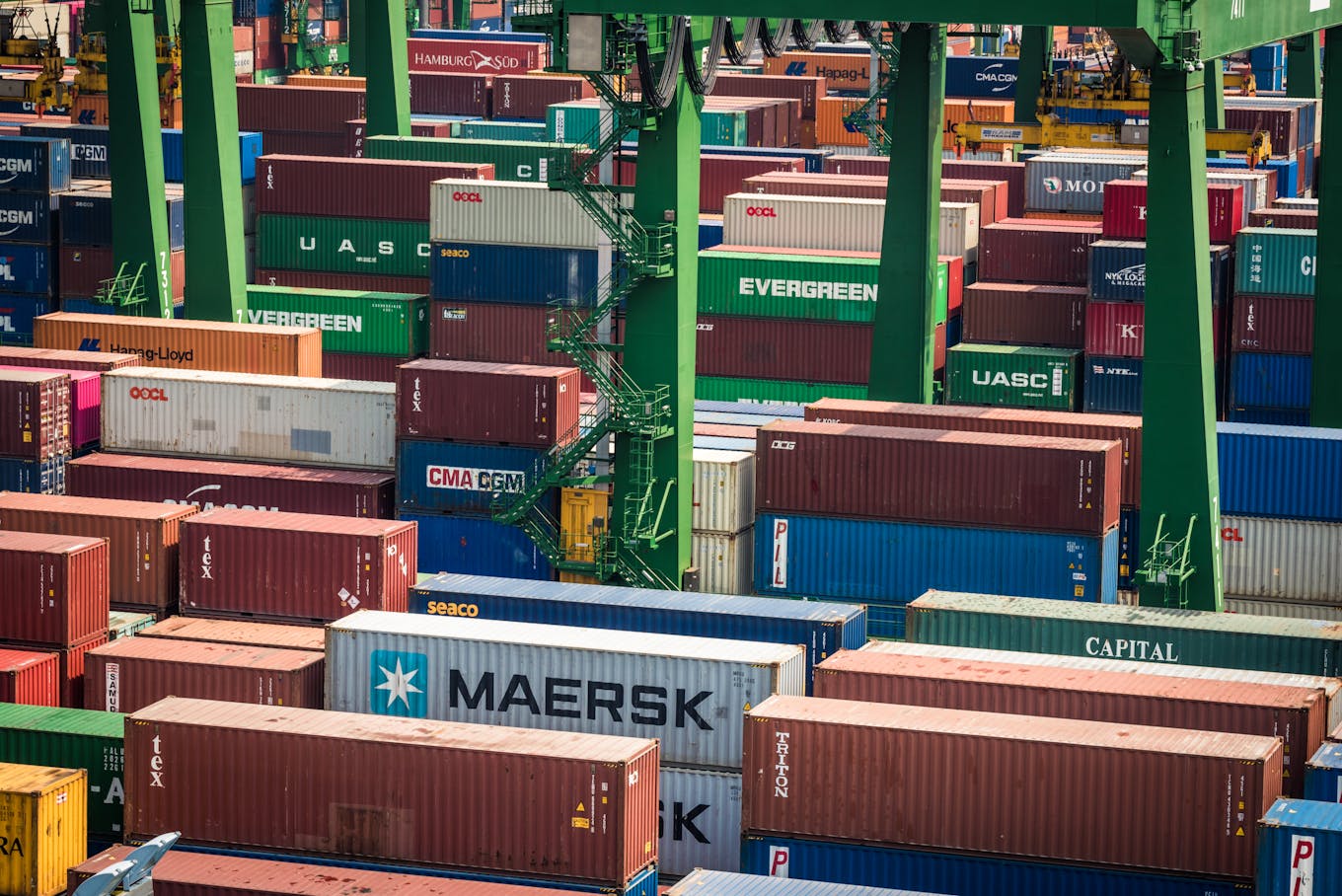 The Pasir Panjang terminal. Singapore has one of the world’s busiest ports. Image: Eco-Business

The Northern Sea Route could slash journey times between Asia and Europe and allow some ships to bypass Singapore, but could provide commercial opportunities to its companies.

Singapore was granted observer status at the Arctic Council in 2013 and has attended Arctic meetings, organised events and undertaken research relevant to the region.

It is also taking measures to shore up the climate resilience of the maritime sector.

The Tuas mega port, which will open in phases from 2021, will be built more than five metres above the mean sea level. This will ensure the port will not be flooded over the next few decades, said Tham.

To encourage sustainable shipping, the MPA has committed S$100 million to the Maritime Singapore Green Initiative. Under the initiative’s five programmes, the shipping community gets incentives to adopt green practices, such as burning cleaner fuels. Singapore-flagged ships also receive incentives if they reduce carbon-dioxide and sulphur oxide emissions under the Green Ship Programme.

The reality is that we cannot out-adapt climate change forever. This is why urgency and drive for action must be channeled into mitigation of the climate crisis.

Organisers of the Singapore Climate Rally

Do more to cut emissions

The densely built city can do more to cut its carbon footprint and prepare for rising seas, experts say.

According to the Intergovernmental Panel on Climate Change’s (IPCC) special report on the ocean and cryosphere, extreme sea level events that are rare today will be common by 2100.

All types of responses, such as hard protection measures (sea walls and surge barriers, for instance), land reclamation and ecosystem-based adaptation have a role to play in coping with sea level rise.

Instead of focusing only on hard protection measures, Singapore can consider low-cost nature-based solutions such as “living shorelines” for some parts of its coast, said Professor Wong Poh Poh, a visiting associate professor of the University of Adelaide’s School of Social Sciences.

Living shorelines use native vegetation, sometimes in combination with low structures running parallel to the coast, to stabilise the shoreline.

The IPCC report states that a low-emission scenario will allow for a wider range of adaptation options, and Dr Matthias Roth, professor of urban climatology at the National University of Singapore, said Singapore should adopt policies that reduce greenhouse gas emissions.

It should align its policies with the 1.5°C ambition of the Paris Agreement and legislate emissions to peak well before 2030, with a long-term goal of net zero emissions, he added.

Under its current pledge to cut emissions intensity by 36 per cent from 2005 levels by 2030 and peak around that time, absolute emissions could rise to about 65 million tonnes of carbon dioxide-equivalent by 2030, significantly higher than around 43 million tonnes generated in 2005, he noted.

“This is unlike the majority of the developed and industrialised nations which recognise the need for drastic reductions in absolute emissions of greenhouse gases,” said Roth.

Echoing his call, organisers of the Singapore Climate Rally want emissions to peak by next year, halve by 2030 and reach net zero by 2050.

Citizens should not be left guessing what the government has in mind for the near or long-term future. We are all part of the effort to address climate change and sea level rise. 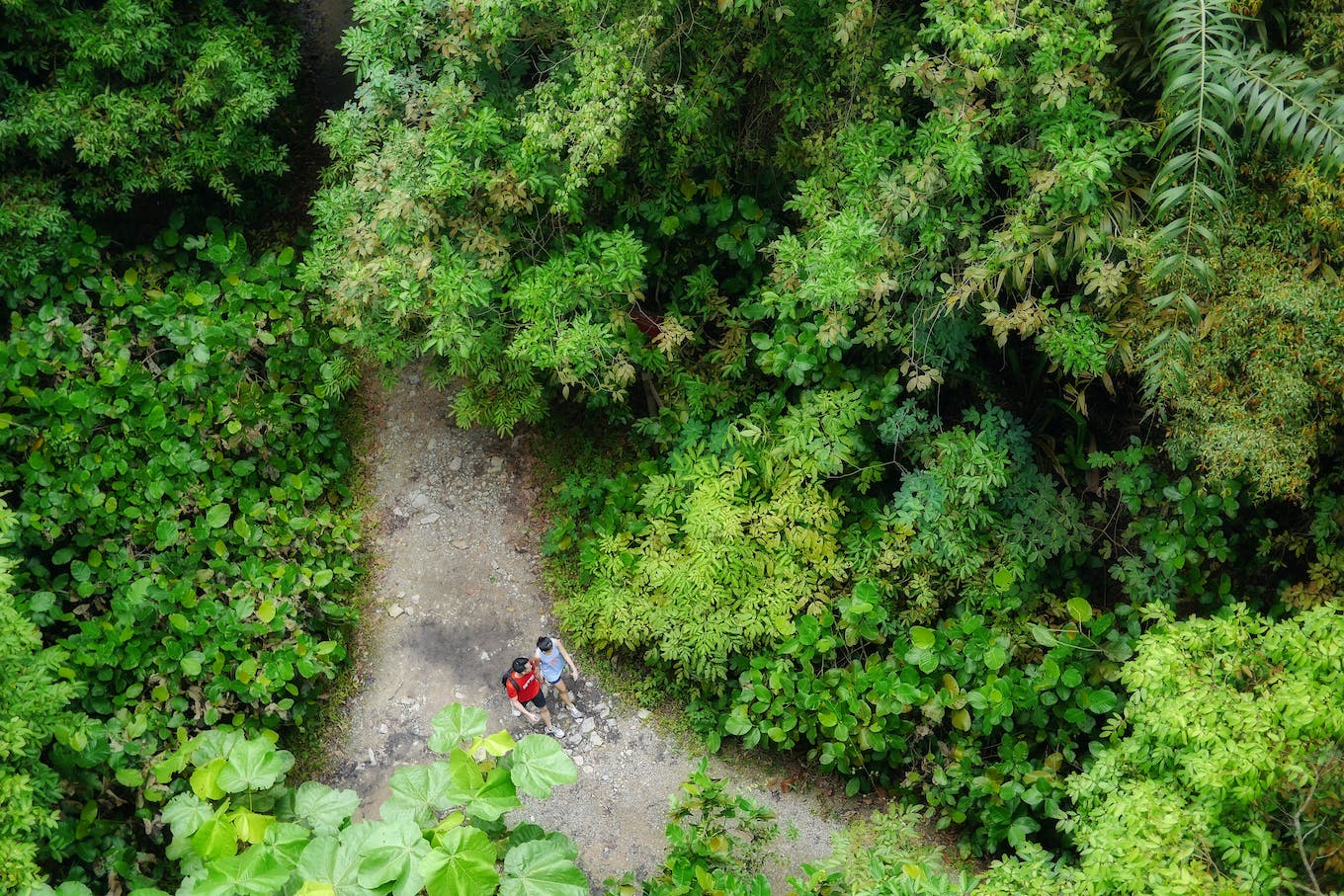 Singapore should also reinforce climate-sensitive urban planning and design to mitigate the urban heat island effect, which is a locally produced warming on top of global warming, said Roth.

“Singapore’s population growth target results in higher-density built spaces and the expansion of built-up areas into vegetated areas,” he said. “Re-thinking population growth and preservation of green, open spaces, parks, large-shade trees (and other measures) need to be considered.”

It is crucial that Singapore’s adaptation measures, both short-term and long-term, are clear and transparent to its citizens, said Wong, a contributing author in the ocean and cryosphere special report. Many small island developing states have such reports on their measures, with inputs from a wide range of professionals and their citizens, which are then discussed in a rational manner, he said.

“Citizens should not be left guessing what the government has in mind for the near or long-term future. We are all part of the effort to address climate change and sea level rise.”

A new exhibition by Eco-Business explores the link between melting ice sheets and communities in Asia. One of its defining images: The carcass of a reindeer that likely starved to death after getting its antlers entangled in a fishing net.
‘What happens in the Arctic, doesn’t stay in the Arctic’—why the north pole matters to Asia

As global temperatures rise, concrete jungles are packing the heat and putting the lives of urban dwellers at risk. How are Asia's metropolises coping with hotter weather?
Can Asia's climate-cooked cities beat the heat?