'Not next year. Not next month. Now': youth activists demand real action on climate at COP26

An emergency appeal for climate action led by Greta Thunberg and other activists hit a million signatures just as curtains are raised for the global summit. Young people want real accountability from their leaders and not “creative carbon accounting”, said the activists.

“As citizens across the planet, we urge you to face up to the climate emergency. Not next year. Not next month. Now.”

An open letter calling for immediate and real action from governments to push aggressively for carbon emission cuts crossed the million-signature mark on Monday, as world leaders took to the stage in Glasgow, gathering for COP26, the United Nations’ climate conference now seen as the world’s best last chance to limit catastrophic climate change.

The online appeal, published on a global activism platform, was written with strong wording. It mocks national and corporate pledges with faraway targets and lambasts governments around the world for betrayal and failure.

Organised and put up by a group of young climate campaigners, including Swedish activist Greta Thunberg and Mitzi Jonelle Tan, from the Philippines, it collected more than a million signatures in 24 hours. By Wednesday, it had nearly 1.5 million signatories.

“We are catastrophically far from the crucial goal of 1.5°C, and yet governments everywhere are still accelerating the crisis, spending billions on fossil fuels,” said the activists.

The open letter called for world leaders to take responsibility for keeping the “precious goal” of 1.5°C alive - ensuring that warming does not go beyond this set target — with drastic and immediate annual emission reductions, for fossil fuel investments and subsidies to end, and for state and non-state actors to be transparent about carbon accounting.

In Glasgow, the youth’s voices are heard loud and clear, though it is not as apparent that they will get the result they’ve been fighting and striking for.

At the COP26 opening ceremony, world leaders delivered speeches that were strongly indicative of the fact that there is now a major realignment of values around climate. Young activists were recognised and hailed for their passion and not dismissed for their rage. They were told not to mince their words.

United Kingdom prime minister Boris Johnson, delivering his opening speech, echoed Greta Thunberg, who is in Glasgow with thousands of other protesters, in calling for the summit not to indulge in “blah, blah, blah”. 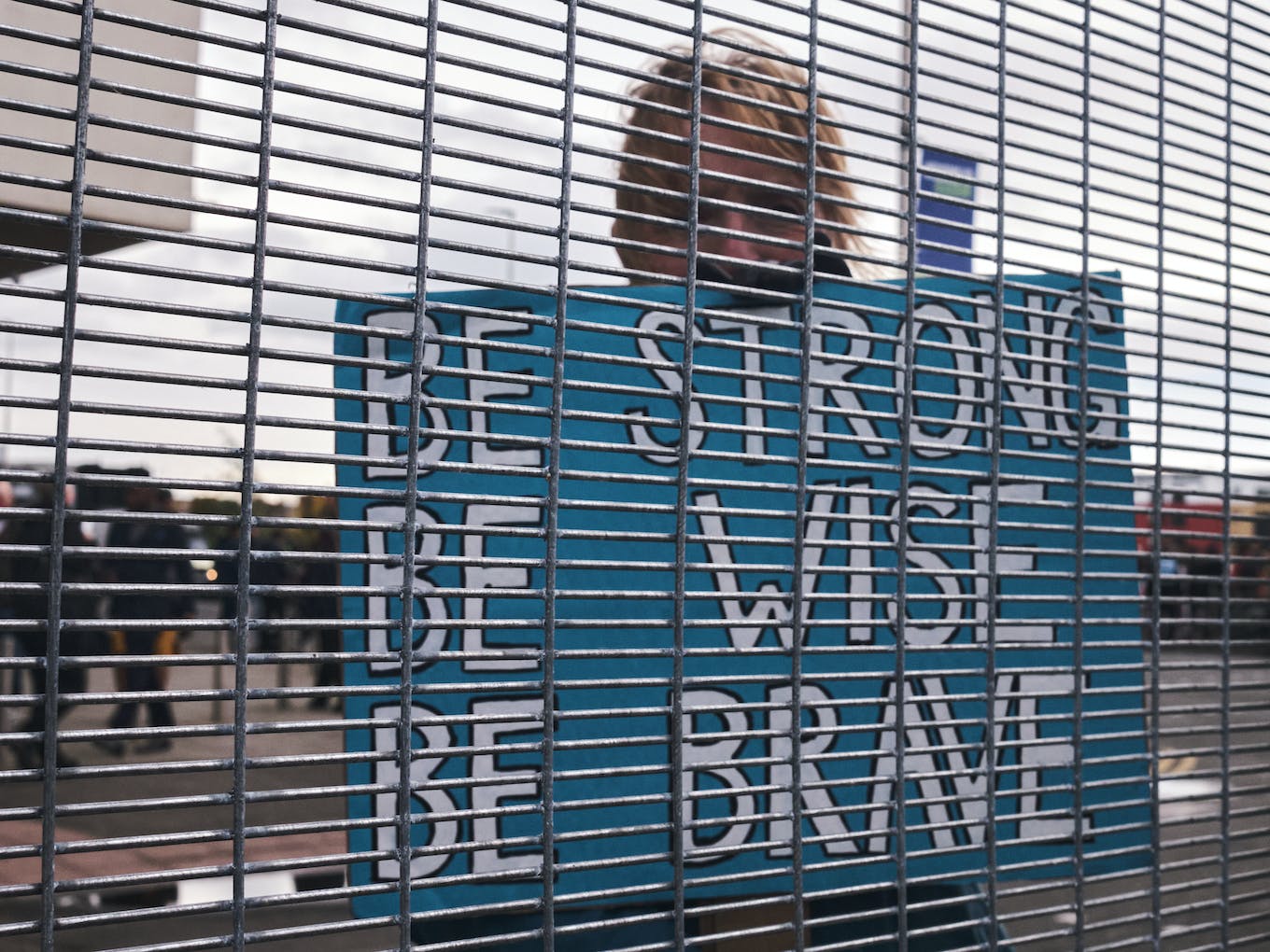 An activist holds up a placard outside the venue for the COP26 climate summit in Glasgow. Image: Fraser Morton/Eco-Business.

Aside from the multiple mentions of doomsday scenarios and a recent James Bond movie, the prime minister asked his counterparts to not “fluff their lines or miss their cues” because their actions will be watched by young people around the world and scrutinised by generations to come.

“If we fail, they will not forgive us. They will know that Glasgow was the historic turning point when history failed to turn. They will judge us with bitterness and with a resentment that eclipses any of the climate activists of today, and they will be right,” he said.

Italian Prime Minister Mario Draghi, one of the heads of state who spoke on the opening day of the World Leaders Summit, said that young people have done the world a service to bring the issue of climate change to the forefront. Environmental activism has played a crucial role in influencing decisions and brought about real change, he added.

Shoring up money to help vulnerable countries a priority for COP26

Earlier at the G20 summit held in Italy, the outcome of climate discussions had been disappointing and some see it as an ominous sign that COP26 won’t deliver and match up to its hype. Critics say that what’s been promised so far might be more for the sake of managing the news headlines, and that the financing that is needed for concrete results may not materialise. 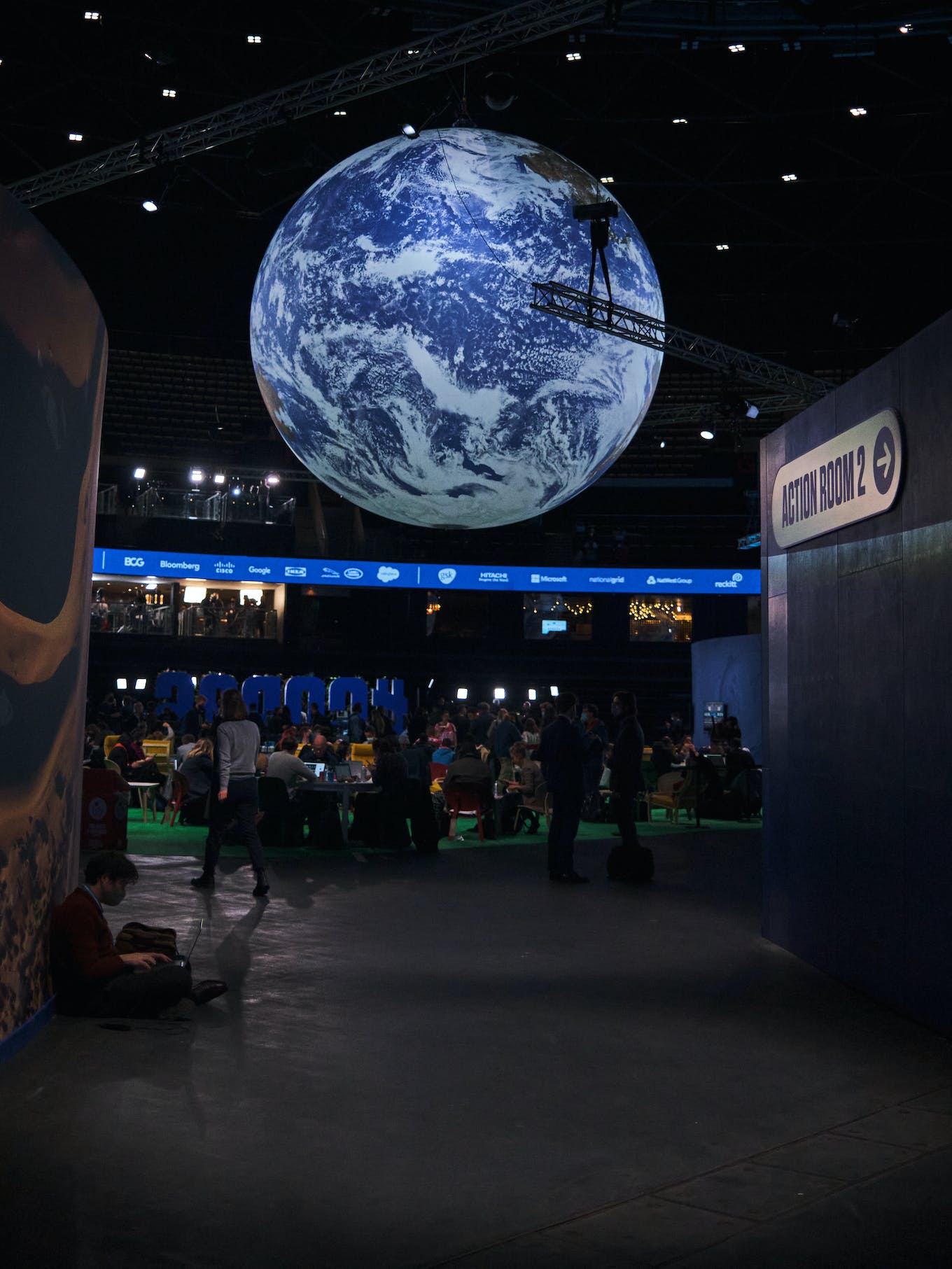 “There is a deal to be done at COP26 but to deliver it, he needs to persuade rich countries to deliver on their past promises and work together to leverage the trillions of finance needed for countries to recover better and fight climate change,” he said.

In the days to come, youth activists and representatives from developing countries will be pressing their concerns and climate financing remains a key sticking point. In 2009, developed countries agreed to raise $100 billion every year from 2020 to 2024 to support developing countries but that has turned out to be a broken promise.

It is a target that the world is on track to miss, though US Treasury Secretary Janet Yellen has said that the G20 was just “a few billion dollars short” and will be working hard to close the gap.

In his speech as part of the World Leaders Summit at COP26, Indonesian President Joko Widodo said that developed economies need to contribute more funds and share technology in order for his country to ramp up its climate change efforts.

“Fulfilment of climate finance by developed partner countries is a game changer in climate change mitigation and adaptation for developing countries,” Widodo said.

“Indonesia will be able to contribute faster to the world’s net zero emissions goal,” he added.

United Nations Secretary-General Antonio Guterres agreed that developed countries must lead the effort to curb climate change, “in light of national circumstances”. However, he thinks that emerging economies too must go the extra mile as their contribution is essential for the effective reduction of emissions.

“We need maximum ambition from all countries on all fronts,” he said.

At the opening ceremony of the summit, Guterres called corporations out for creating a “surplus of confusion” due to their emission reduction and net-zero targets with different meanings and metrics.

Moving forward, the UN will be establishing a group of experts to propose clear standards to measure and analyse net-zero commitments from non-state actors, he said.

If we fail, they will not forgive us. They will know that Glasgow was the historic turning point when history failed to turn. They will judge us with bitterness and with a resentment that eclipses any of the climate activists of today, and they will be right.

Swati Mandloi and Cheryl Lee, members of non-governmental group Singapore Youth for Climate Action (SYCA), are representing the island state at the COP26 summit. They told Eco-Business that they have been excited so far to see leaders sharing the common message that more needs to be done and remain cautiously optimistic about the outcomes.

“We still have two weeks of negotiations to get through. (This is) where countries actually operationalise the text that has been debated for a long time. There are some significant outstanding issues that need to be resolved and while the speeches in the first two days brought about attention and pressure, the impact of these words is yet to be seen,” they said.

SYCA is one of the many youth collectives in the world that has been tracking the international negotiations. The youth activists think that young people are now an integral part of the COP process and this is made clearer by the increased presence and visibility of members from the YOUNGO, the official children and youth constituency of the United Nations Framework Convention on Climate Change (UNFCCC).

The second and final day for world leaders at the summit in Glasgow was marked by two deals that could become key tools in the climate fight.

The United States and European Union’s much-anticipated pledge to cut methane emissions got support from more than 90 countries, though super-polluters China and Russia held out. As many as 100 countries backed a UK-led declaration to halt and reverse deforestation by 2030.

China is notably absent from COP26. President Xi Jinping, in a written document uploaded to the COP26 website, offered no new plans to cut emissions. India, the world’s third-biggest emitter, on the other hand, surprised with its boldest statement of intent to date, pledging that it will achieve net zero pollution by 2070.