Women, who do the majority of drudge work, in the economically and environmentally fragile Hindu Kush Himalayas region are disproportionately impacted by the effects of climate change.

It is widely recognised that climate change effects take the heaviest toll on the vulnerable and the poor. These impacts are exacerbated if the affected person is a woman.

A recent study — Status of Gender, Vulnerabilities, Adaptation to Climate Change in the Hindu Kush Himalaya — by the International Centre for Integrated Mountain Development (ICIMOD) sheds light on the disproportionate levels of adversities that women and girls are bound to face due to climate change, especially in the economically and environmentally fragile Hindu Kush Himalayas region.

The Hindu Kush Himalaya region extends some 3,500 km from Afghanistan in the west to Myanmar in the east, stretching across eight countries including India, Nepal, Bhutan and Pakistan, with varied political and economical systems.

Despite its rich biodiversity, this region is home to the poorest of the world who are the most vulnerable to climatic change impacts.

Womenfolk in this region already struggle under the burden of unequal power relations, gender-biased attitudes, unequal division of labour and limited land ownership and control. Additional adversities only add to their problems. 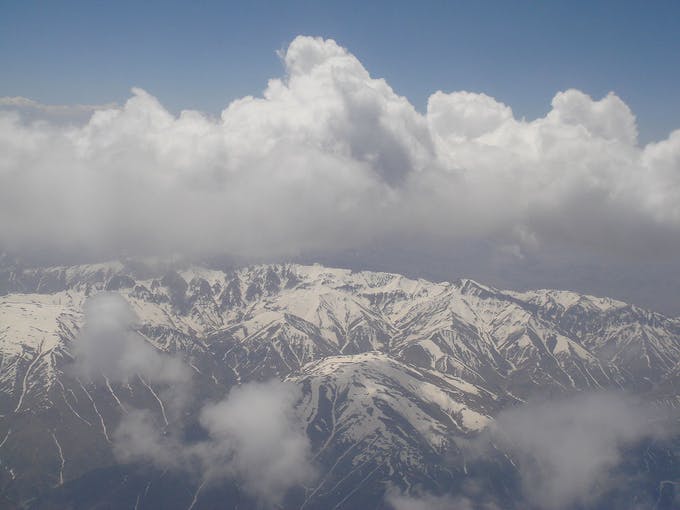 “Climate change will have differential impacts among countries and those living in poor countries are likely to suffer disproportionately both in terms of being impacted earlier and to a greater degree, and the Hindukush Himalayas (HKH) region is one of these,” the study notes.

Due to geographical isolation, poor physical and economic infrastructure and poor access to markets and technologies that come as a baggage with living on the mountains, the communities face poverty in many ways such as low income, ill health, poor access to health facilities, malnutrition, poor education, drudgery and a high dependence on the natural environment.

The study mentions that the mountain people have always been exposed to droughts, floods, soil erosion, and changes in the crop cycle.

The difference now is that the intensity and frequency of such stress events increased over recent decades, while at the same time the socioeconomic drivers of change, such as migration, urbanisation, peri-urbanisation, increasing demands for energy and power, the extraction of water for industrial and agricultural activities, waste dumping and growing pollution of water and air, is also adding to the pressure.

These have weakened the adaptation ability of the communities.

Due to the gender structure and deeply entrenched socio-cultural ideologies that marginalise women’s work contributions relative to men, women are more vulnerable and at risk as compared to men.

Mountain women, who have great resilience and knowledge to adapt to various stresses, are often left out from the key decision processes and are marginalised further even though they are likely to suffer more in the future. And climate change is bound to increase these gender inequalities further in many ways.

For example, a main form of so-called gendered vulnerability to climate change relates to the highly skewed gender-based division of labour in the Hindu Kush Himalayan region.

There is high rate of male out-migration on the mountains which results in added burden of agricultural and pastoral work on the women that already have the responsibilities of household work and casual labour.

Further,  women who are often in charge of procuring natural resources for the family find themselves walking greater distances to collect water, fuel food, fodder, food, medicinal plants etc as the production schedules get affected due to changing climate conditions. This in turn increases their workload and drudgery.

The role of women is intrinsically tied with collection, storage and management of water as opposed to men and it is the womenfolk that pay the biggest price when it comes to poor quality and lack of access to water.

Women and girls spend considerable time to collect water and any increase in water scarcity means that they have to spend more time on this hard task which often doesn’t leave girls with any time to attend to their education or get out of the vicious circle of disempowerment.

And if the water quality worsens, then the women and girls are the first one to be exposed to waterborne diseases as they are responsible for fetching water.

During extreme events such as droughts and floods women and girls face additional risks of gender-based violence, sexual harassment, trafficking and rape largely due to gender inequalities.

For instance, in Nepal, an estimated 12,000–20,000 women and children including some boys are forcibly pushed into labour and brothel-based sex work every year. The data suggests that trafficking likely increases by 20-30 per cent during disasters.

The report also mentions that during natural disasters, women and girls are more prone to mortality compared with men and boys. For instance, in Nepal, flood-related fatalities were found to be significantly higher according to gender and age.

In Bangladesh too, the mortality levels were found to be higher for women above the age of 10 —three times higher than those of males — in the 1991 cyclone and flood.

The common reasons for this are that the early warning signs are often disseminated primarily in public places to which many women don’t have easy access. In Bangladesh during a disaster, due to restrictive cultural norms, some women couldn’t evacuate on time as they were not allowed to leave the house without a male relative, thus losing precious time that could have saved their lives.

Due to ideologies that present women as symbol of self-sacrifice, when food becomes scarce during floods, droughts or landslides, it is the women who typically eat the leftover food which compromises their health and nutrition.

The report gives examples where the women can play a leadership role in adaptation strategies such as diversification of crops as seen in Nepal where women promote homestead gardens and water ponds and in Sikkim in North-east India as well where women cultivators have begun to domesticate wild cardamom which is more disease resistant than the cardamom crops that had failed previously.

The study points out that this higher vulnerability of women to climatic stresses doesn’t mean that males are not badly affected. A lot depends on position in the society often related to a complex caste system and economic status.

“There is a paucity of documentation on the specific risks and vulnerabilities, along with coping strategies in the context of climate change of mountain communities generally and from a gendered perspective particularly,” the study said.

The study, which aims to help understand  women’s resilience to climate change impacts, stresses on the need to place women at the centre of climate adaptation policies and to initiate gender-responsive climate financing mechanisms to support gender-sensitive and gender-responsive innovations.