Levi’s dreams big to lead change in the fashion industry

By 2025, the world’s oldest jeans brand will make all of its products from 100 per cent sustainable cotton as part of an ambitious plan to "close the loop" on its supply chain.

Levi Strauss is dreaming big to close the loop on its manufacturing supply chain, and is looking to revolutionise the apparel sector with ideas that could shakeup the conventional notion of a fashion brand.

By 2025, the world’s oldest jeans brand plans to manufacture all of its products from sustainable cotton.

So in just eight years, the family-run US$4.5 billion firm will use less cotton sourced from cotton fields to make its famous 501s, relying instead on old clothes from people’s closets.

There is just one minor obstacle, though. The technology to turn worn cotton into a quality material that looks like denim hasn’t been invented yet.

But Michael Kobori, the vice president of sustainability at Levi’s, is the optimistic sort. “Anything is possible,” he tells Eco-Business. 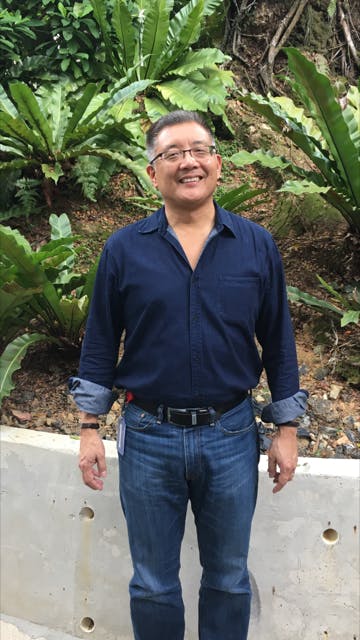 Currently, just a fraction of all the cotton Levi’s uses comes from recycled sources, with the rest coming from virgin cotton. To raise the ratio of recycled material will depend on innovations in science.

Recycling cotton involves first chopping up the unwanted clothes. This degrades the quality of the material, so only a limited amount can be used again to make new garments.

Levi’s is working with the technology sector to find a solution, and in May last year announced a venture with Seattle-based tech firm Evrnu to produce the first jeans made from regenerated post-consumer cotton waste.

A prototype was made from five discarded cotton t-shirts, and with 98 per cent less water than virgin cotton products.

Recycling old clothes may not be a perfect model for avoiding waste, but Levi’s nevertheless wants to get consumers into the habit.

Levis runs a programme in five major markets - Japan, the United States, Canada, the United Kingdom and Germany - that gives customers a 15 per cent discount on a new Levi’s item if they donate any old clothes (they don’t have to be Levi’s) to be recycled.

The company is refining the initiative before rolling it out in other markets. “We’re trying to learn what works best for the consumer, and what our competitors are doing,” says Kobori.

Other apparel companies, such as H&M, the Swedish brand that pioneered the throwaway clothing culture known as “fast fashion”, run similar recycling schemes.

“We want to encourage consumers to recycle, but we also want to bring in a programme that is unique and differentiates us,” Kobori notes, adding that Levi’s sustainability initiatives are “open source,” so others can copy them.

The ROI of healthy factory workers

Though it is not something the company shouts about in its advertising campaigns, sustainability has long been a point of difference for the 163 year-old brand.

Levi’s was not only the first apparel company, but the first multinational to introduce a labour code of conduct in 1991, to ensure that the workplace standards and business practices of its suppliers lived up to its own.

“When we developed the programme 25 years ago, it was a breakthrough,” says Kobori. “Before then, companies didn’t really think about the sustainability of their supply chains. It was thought to be the government’s job. Now protecting people’s rights is the bare minimum that companies should be doing.”

A quarter of a century on, as the global cotton industry supply chain has come under greater scrutiny, Levi’s is working to improve the lot of factory workers through its Worker Well-being programme.

The programme began in 2011 with a survey of factory workers in five key production bases, Cambodia, Bangladesh, Pakistan, Egypt and Haiti, to find out how their lives could be improved beyond the basic protection of their rights.

So what do factory workers, most of whom are women who have moved from the countryside to the city to work, want? Access to healthcare and financial services, according to the survey. These services are delivered through Levi’s vendors, with the help of NGOs.

The scheme started out as a pilot with five vendors and is now being expanded to 25 suppliers in 11 countries. This will mean better healthcare and financial support for 100,000 workers behind 60 per cent of the company’s production volume.

Benefits for workers makes good business sense, but factories often need convincing that the upfront cost is worth it, Kobori says.

“The business case has to be there if we’re asking vendors across the industry to do this,” he explains.

“Skilled workers are an increasingly precious commodity. Workers will move factories depending on who gives the best benefits. So vendors are looking for programmes that will help them reduce turnover and increase productivity,” he says.

Levi’s has been working with Harvard University to evaluate the Worker Well-being programme. Early findings show that for every dollar a vendor invests, they get three dollars backs in reduced turnover and increased productivity.

For millennials, heritage may be less important, so brands need to stand for something.

Beyond the supply chain

The supply chain has been the focus of Levi’s sustainability efforts, and the company also aims to expand its Water<Less programme, so that 40 per cent of its products are made using less water by 2020.

Now, it plans to move sustainability beyond the supply chain. “Brand, retail, marketing and operations - all are looking at ways to introduce a more sustainable approach,” says Kobori.

Levi’s is also looking to find business opportunities in sustainability. The company is planning to roll out its Levi’s Tailor Shops concept, where customers can get their old clothing repaired, altered or customised, beyond the United States and Japan.

“It’s not just about making garments last longer, but about opening up a potential new revenue stream for us,” Kobori explains.

Showing the business case for sustainability is key for a company that hasn’t had an easy ride in recent years, as increased competition from rival apparel brands now making denim, and currency fluctuation issues have hurt the bottom line.

But the sustainability function has remained intact despite a business overhaul, and return to revenue growth, led by president and chief executive officer Chip Bergh.

After five years of diligent work to turn around Levi’s economic issues, Levi’s finally saw an increase in revenue and profit. The company boasts three consecutive years of growth, many believe due to Bergh’s leadership.

“Our commitment to sustainability doesn’t change because the currency is fluctuating,” says Kobori, who adds that Levi’s sustainability budget has stayed “relatively constant” in recent years, and new initiatives continue to be added and existing programmes expanded.

Sustainability is key for a brand whose core target group and employee base are millennials - 50 per cent of Levi’s workforce belong to this young demographic, people who reached adulthood early this century. Millennials tends to care more about issues such as sustainably produced cotton, and less about Levi’s long heritage.

“For millennials, heritage may be less important, so brands need to stand for something,” says Kobori.

Sustainability is particularly important for Levi’s now, he says, given the change in government in the American brand’s home country and largest market, and also in key emerging markets such as China where millennials are increasingly discerning of how brands behave.

“Society is looking to the private sector to take the lead on the changes that people want to see in the world,” he says, pointing to an announcement from Bergh in support of the right of workers to migrate to the United States.

“He [Bergh] is not in favour of the travel ban that the [Trump] administration has issued, and employees responded with tremendous positivity to the stance he has taken. They’re looking for us to stand up for what’s right.”

“Sustainability is becoming more important for us,” adds Kobori. “Heritage is our bedrock, it’s who we are. But if we are able to articulate to the consumer that we also stand for the right causes and issues, we become much more contemporary and relevant.”