Tourism and environmental destruction do not have to go hand-in-hand, says Willem Niemeijer, boss of sustainable travel company Yaana Ventures, who shares why he’s optimistic that the travel industry can be a force for good both for the environment and local communities.

Any visitor to Phuket or Siem Reap would understand first hand what “overtourism” looks like: the thronging crowds, loud music blasting into the wee hours, traffic that goes nowhere, and beaches defiled by trash and sewage.

Two tourist hotspots in Southeast Asia, Boracay in the Philippines and Maya beach on Koh Phi Phi in Krabi, Thailand, were this year shut to tourism to protect them from further environmental degradation, though the former has since reopened.

Overtourism is simply tourism that has not been responsibly managed, and implementing better regulations and business strategies to spread visitors beyond key tourist cities can make all the difference for the infrastructure and the environment, says Willem Niemeijer, chief executive officer of Bangkok-based travel company Yaana Ventures and a long-time proponent of sustainable travel.

Central to Yaana’s operations is Khiri Travel, its tour operating arm that was one of the first two Southeast Asian tour operators to be certified sustainable by Travelife, a European sustainable travel certification programme. Yaana’s other businesses include Ground, which runs customised tours for student and business groups, and two sustainable lodges: Anurak Community Lodge in Khao Sok, Thailand, and Cardamom Tented Camp in Cambodia.

Niemeijer is optimistic that the travel industry will finally embrace environmental sustainability, he tells Eco-Business on the sidelines of the first Phuket Hotels for Islands Sustaining Tourism (PHIST) Forum in September. At the conference, the Phuket Hotels Association announced that its member had pledged to get rid of all plastic straws and water bottles by 2019.

“With little movements, you create a groundswell,” says Niemeijer, who moved from his native Netherlands to Asia 30 years ago. An advocate of community-based tourism—in which travellers visit local communities that live off-the-beaten path—he says it is one way to empower communities and ensure responsible tourism.

He tells Eco-Business why overtourism is partially the fault of a “lazy” industry, how he convinces suppliers to get on board with sustainability, and why pricing is not an issue for Asian tourists.

Khiri and Yaana are frontrunners in sustainable travel in Southeast Asia. What drew you to sustainability?

Community-based tourism was how we got into sustainability and we got into it from the beginning, though not consciously. Our knowledge of what Western tourists were looking for gave us a leg-up over the locals in tourism  here so we felt the need to involve locals so they could benefit too.

What is sustainable tourism?

The United Nations World Tourism Organisation defines sustainable tourism as tourism that meets the needs of present tourists and host regions while protecting and enhancing opportunity for the future. It is a principle to guide all tourism development in order to protect a destination’s natural, historic, cutural or social environment, and balance the needs of tourists with those of the destination.

When we first visited certain villages we saw what we didn’t want to see as Western tourists: plastic bags and pollution. So you try to raise awareness there that not everything the West brings is good, and from that evolved a consciousness about sustainability.

How is that working out? These are villages in presumably rural areas with no waste infrastructure and where energy comes from diesel generators. Community-based tourism may have benefited the local population financially, but what’s the environmental impact been like?

You can limit your impact if you plan your community-based tourism programmes right. There’s a lot of awareness raising and training involved, and fortunately non-government organisations (NGOs) like Germany’s development agency Deutsche Gesellschaft für Internationale Zusammenarbeit (GIZ) and Swisscontact offer training programmes and assistance in setting up sustainable tourism programmes.

Energy generation will take some time because there are a lot of upfront costs and generators are cheaper than solar at the moment.

But when we developed Cardamom Tented Camp in Cambodia together with Minor Hotel Group and the Wildlife Alliance, we made it a point that it the resort would be fully solar powered. We have wastewater treatment plants and we take almost no plastics to the lodge. We buy from local markets using reuseable containers for food transport and storage, and we try to make the camp as low-carbon as possible. It’s only got nine tents but hey, it’s a start. 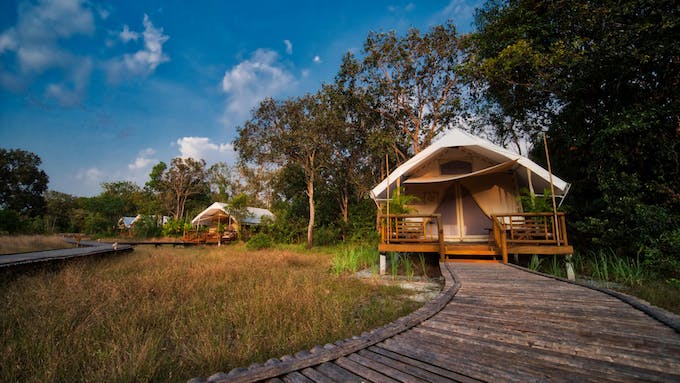 We were already sending a lot of travellers to Khao Sok in Southern Thailand, but we felt the accommodation there wasn’t well run in terms of comfort or sustainability, even after training our suppliers. So we said we’ll do it ourselves. It’s small, just 18 rooms, but enough to set an example [of sustainable tourism that doesn’t compromise the visitor experience].

With Cardamom Tented Camp in Cambodia, we got in to get travellers there, raise awareness of the work the Wildlife Alliance is doing, and raise funds for conservation from guests. At the same time, this created jobs for local communities who realised that if they protect nature, it protects their jobs and creates new ones.

There’s a business angle to it as well. In Southeast Asia, tourism growth is concentrated around hubs, and Cambodia needs to work on visitor dispersion to get travellers to places beyond Siem Reap, which attracts 90 per cent of its tourists.

You’ve said that overtourism is tourism that isn’t responsibly managed. What does responsible management look like—is it like what Bhutan has done, where they limit the number of visitors that enter the country, or is it more about opening up new areas for tourism and visitor dispersion?

It can be many things. Bhutan is more or less only accessible by air so entry can be regulated. If a destination can choose that path, more power to them. But that makes travel more exclusive and raises the question: shouldn’t tourism be for everybody?

I think it should be, and there are ways to make that happen. One way is through better visitor management. The Van Gogh museum in Amsterdam limits the number of visitors that can enter within a single timeslot to make sure it’s a well managed experience, and this can be done at many key attractions in Asia, like the Grand Palace in Bangkok.

Another way to do it is visitor dispersion—a great passion of mine—which is to get people interested in visiting places other than the highlights. France welcomes 80 million tourists a year, compared to Thailand’s 30 million. Yet Thailand is seen as touristy and France isn’t, because France makes sure every province has an attraction and spreads visitors across the country.

The whole industry is kind of lazy. We would love to bring our clients to northeastern Thailand, where there are fewer tourists, more authentic experiences, and it’ll be cheaper. But destination building, making people aware of new destinations, is difficult so it’s easier to sell popular destinations like Chiang Mai or Phuket and be done with it.

Khiri Travel is a tour operator and core to your business. But it’s complex and works with many vendors every day. How do you move your supply chain along with you when it comes to sustainability, whether it’s getting certified or to use renewable energy?

You named it: certification. It’s an important step that’s in its starting phase in the travel industry. We’re Travelife-certified, and if you’re going to be sustainability certified, you need to take care of your supply chain. So it becomes a bit of carrot-and-stick situation with suppliers.

I say to suppliers, listen, you have to shape up otherwise between two equals we will work with the company that is certified or has sustainability practices in place. If suppliers stand to get business from it, they will do it. 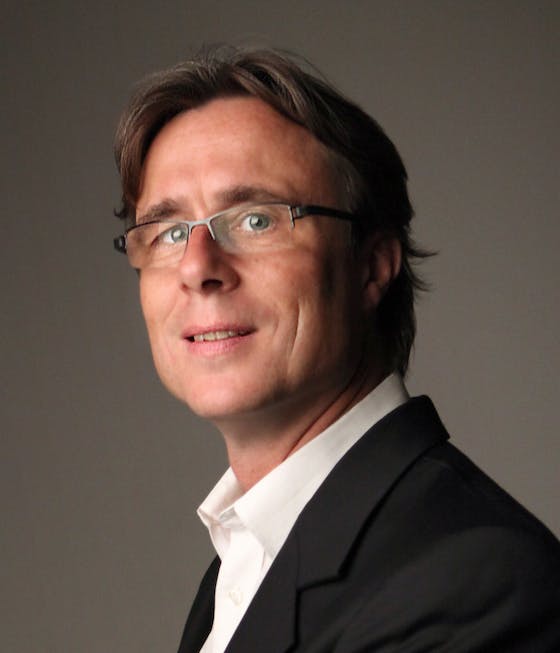 The carrot is if sustainability saves them money, or allows them to get new clients or charge more. We’re doing this with vendors on the issue of plastic water bottles, by using refillables with our clients and getting restaurants, hotels and other sites to become refill stations. Why run a refill station? Because you’ll get travellers that want to refill their bottles in your shop and restaurant. And you can charge for it, it doesn’t have to be free. We’re doing this in Siem Reap, Bali, and Vietnam.

It’s a matter of time and raising awareness with your travellers. When they arrive in a hotel and see they have refillable bottles instead of plastic ones, the next day when they get picked up they’re more likely to say “Why do we have plastic bottles in the car?” So slowly we can build people’s consciousness.

Most of your customers come from Europe or the United States, where there’s more awareness of sustainability, so you’ve benefited from having a story to tell. But surely that wouldn’t work for Asian travellers, who are more concerned about price?

Awareness is definitely higher among Western European and Northern American markets, but I don’t think price comes into play that much. Western European markets are even more price conscious than mainland Chinese, who are more worried about capacity and if you can handle their charter flights and large groups. 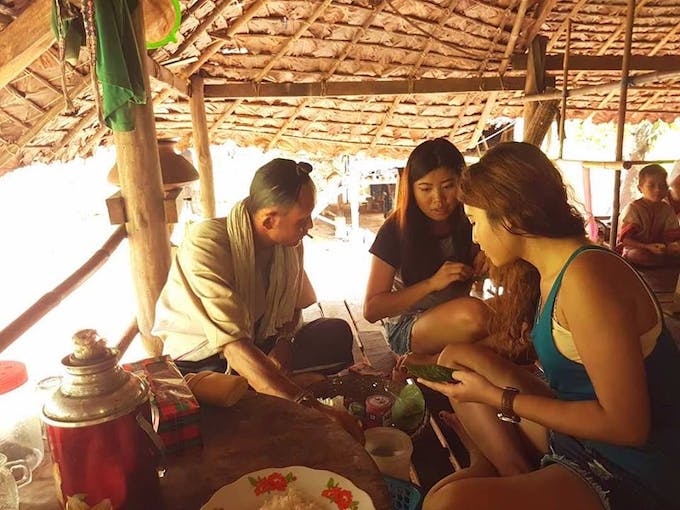 That said, there’s a huge leapfrogging movement when it comes to sustainability in China, where they’re going from fossil fuel-powered transport to electric vehicles much quicker than in the West. So I think that will change pretty fast.

But it’s a moot point where your visitors come from, because for places like Thailand and Vietnam, it’s about the survival of the destination. If you have beaches full of plastic, you’re not going to be an attractive destination for long. You’ve got to do something regardless of who is visiting, otherwise they don’t even come.

It is a sustainability issue, not in the sense of being green but in order to sustain your business and make sure you’re still around in 10 years’ time.