Why recycle when you can upcycle? National Geographic Emerging Explorer Arthur Huang tells Eco-Business more about his solar-powered recycling machine and what he thinks of China's waste ban.

One of the world’s most cutting-edge, innovative recycling companies has built its business on an ancient philosophy: know yourself.

“The only way you can change anyone is by understanding yourself,” says Miniwiz chief executive officer and founder Arthur Huang in a recent interview.

By understanding one’s own desire to consume, an individual can come up with solutions or inventions with a quality that’s attractive to the average person. “That’s how we come up with things,” he tells Eco-Business while in Singapore to deliver a National Geographic Live! talk.

And that philosophy seems to be working. The company has invented new materials such as Natrilon, a type of yarn made from plastic beverage bottles and rice husks, and made building modules out of rice husks, DVDs, and water bottles.

Miniwiz has also been involved in a number of high-profile projects such as the EcoARK, a three-storey pavilion constructed out of 1.5 million plastic PET bottles for the Taipei International Flora Expo in 2015.

These days, he is focusing on the Trashpresso, one of the company’s latest inventions. The size of a shipping container, the Trashpresso is a portable, solar-powered recycling station that turns plastic bottles and fabric waste into tiles for construction. Miniwiz also invested in Pentatonic, an upcycling furniture company based in London and Berlin that was launched last year.

Huang, a straight-talking native of Taiwan, was also named a Technology Pioneer by the World Economic Forum in 2015, and a National Geographic Emerging Explorer in 2016. 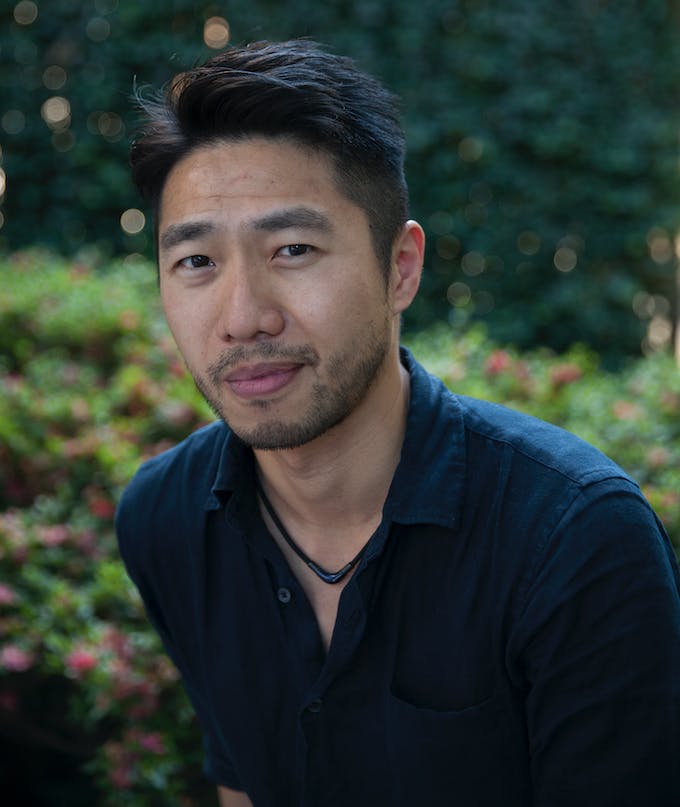 But despite these accolades, Huang says Miniwiz has attracted its fair share of criticism. “Sustainability people and activists get very annoyed with us. They agree with what we do but can’t believe the people we choose to work with.” This includes brands known for using a large amount of disposable items, such as hotels and food chains.

But Huang says such partnerships are critical because these companies have the “power and scale to make change happen”, and Miniwiz benefits by learning how they too can “sell desire at scale”.

It also allows Miniwiz to influence the way they use resources throughout their operations. The work has set the Taiwanese company apart from other circular economy proponents over the course of its 15-year history, Huang says. “Look circular economy up online and you get a lot of NGOs talking about it, but in reality the data comes from us.”

How did your fascination with waste and recycling begin?

I was educated in Asia, where frugality has been part of the culture for a long time before China went crazy. When I went to the US to study, I saw how the West was spending its resources and it’s impossible to think that all that buying, all that fast fashion, can have no consequences on the environment.

One of my interests is psychology and there are psychological reasons for why capitalism won out against socialism. It’s because capitalist societies generate value by delivering what people desire at the lowest cost. That usually runs counter to what’s good for the environment.

How does Miniwiz change this narrative of consumption and waste generation?

Do you have an example from your experiences to illustrate what you’ve just said?

Yes, we’ve worked with Philip Morris to turn cigarette butts into new material to create medical-grade air filters and building structures. That’s what set us apart from the competition over the last 15 years: we don’t care about talking. Research circular economy and you’ll see a lot of non-governmental organisations (NGOs) talking about it, but we’ve been doing circularity for years.

You asked why aren’t designers and engineers doing more to design for recyclability. The problem is most people go into their studies attracted to the concept of being a designer or problem-solver and changing the world.

But the truth is, to do that, you have to get your hands dirty. You have to go to smelly trash collection plants or factories to talk to people who don’t give a crap about sustainability. It’s hard even for us, to push our engineers and designers to go to the factory to deal with these things. People are into the concept, but the reality of it is not pretty.

There’s no circular manufacturing loop, which is why it’s tough for us. When we first came out with our concept for recycling, everyone wanted to invest in it. But then they got scared because they realised there’s nothing to work with.

You said China’s ban on contaminated waste imports for recycling is a “wake up call” to the rest of the world. What lies ahead in 2018? Reports say trash is piling up in the cities in the US and UK, because there’s no one to take their waste anymore.

I love it, because now the problem hits home. When you’re far away from a problem you assume, because of your superiority complex, that someone’s not doing their job. Now it’s a community and municipal government issue.

Because it is a problem that you’re shipping tonnes of waste into developing nations. Maybe you should think about local recycling? Maybe everyone should reduce plastic consumption?

Look at the US—plastic consumption is getting higher despite talk about what it does to marine life. It’s disheartening. So when the problem hits home, hopefully consumption goes down.

Today there are calls for people to make products out of more sustainable materials, but at Miniwiz you take waste and turn that into items. Is there a conflict of interest here because you need those environmentally unfriendly waste material for your work?

Not at all. We hate plastic, that’s what we say from the beginning. But we still have 100 years’ worth of plastic waste that’s not going away on its own, so we better do something with it.

People say recycling still takes water and energy, but remanufacturing costs the environment 20 per cent of what it takes to manufacture new plastic, for instance.

What they don’t consider is the environmental footprint of creating new plastics or items in the first place. The environmental cost of remanufacturing is 20 per cent that of making new materials. So you better use the trash you have.

The problem is people to forget to calculate the embedded carbon footprint in things, which is the cost of the energy and chemicals and other input needed to make the material to begin with. The classic example is the electric car versus petrol or diesel car. Which is better for the environment. People say, of course electric! I drive an electric car, but I see the huge potential f***-up with this technology.

For the consumer, the cost of the vehicle starts when they drive it and when you drive it, there are no emissions, that’s true. But there are emissions embedded before that from manufacture, and batteries last fewer than 10 years. So you gotta bring all of that back and someone has to find a way to recycle that. And the magnets inside, they get demagnetised.

So why drive electric then?

For the same reason I do what I do: it’s a new solution and the best option we have. For Miniwiz, our best bet is to recycle all the shit that’s already in the environment, test out the technology and see if there’s enough potential for it to become the new norm.

What’s ahead for Miniwiz this year?

We’re going to make Trashpresso more accessible. It uses a lot of batteries by the way (laughs). We’ve done that in Tibet and London, and we’re going to take it to New York and Milan. We can come to Singapore if the government invites us. We’re going to show people how to recycle and how, in 40 minutes, turn packaging waste into building material on the spot. We’ll also make it smaller for use in households. 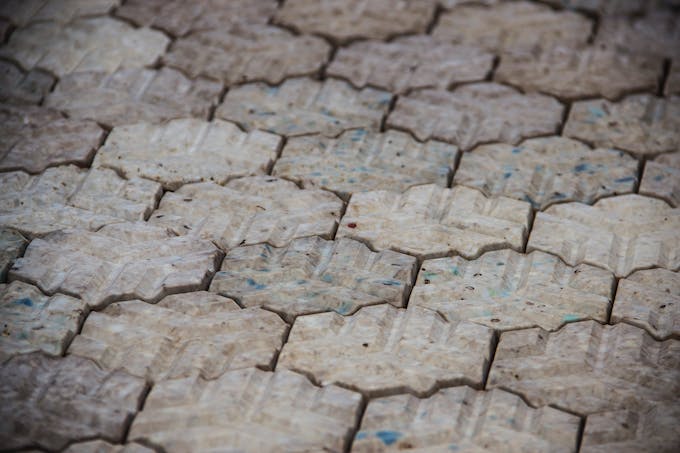 Third, we’re going to use our Pentatonic platform that we launched last September as a material reservoir for consumer waste. All [furniture] products we sell on that platform are upcycled from what we collect in local communities and can be fully recycled, and we also guarantee a buy-back.

It’s a platform to demonstrate and communicate and educate communities, so we’re starting a series of programmes in collaboration with universities around the world [about upcycling].

What message do you hope your Singapore audience takes home with them?

You can’t blame companies because they’re simply delivering what consumers want. All of us are responsible for this problem, and this realisation opens a pandora’s box for thinking about how we should behave, and consider others and the environment. I wish more consumers would be conscious of their power.