Honest, accurate, transparent? How is China faring at sustainability reporting?

More of China's vast corporations are opening up about their impact on the environment. But how real are their claims, and what difference is the rise of sustainability reporting really making? Eco-Business interviewed the former head of GRI China, Yuan Yuan, to find out.

From one angle, corporate China is a sustainability prize fighter. The world’s leading solar and electric vehicle firms hail from China, and it’s home to some of the world’s largest wind energy companies.

From another angle, it is the opposite. More than 1,000 publicly listed companies have been known to flout pollution restrictions, while some firms have been caught faking data to pass environmental inspections. Meanwhile, China’s big coal companies contribute more to climate change than any on the planet.

But the government’s 10-year war on pollution has forced the major culprits to fall in line and has produced some impressive results, such as a dramatic reduction in air pollution, recently hailed by the United Nations as a “success story”—India’s cities have surpassed China’s as the world’s most polluting.

The government now empowers NGOs to do their jobs, because they fear that if social and environmental problems cannot be effectively tackled, it will ultimately affect their legitimacy. 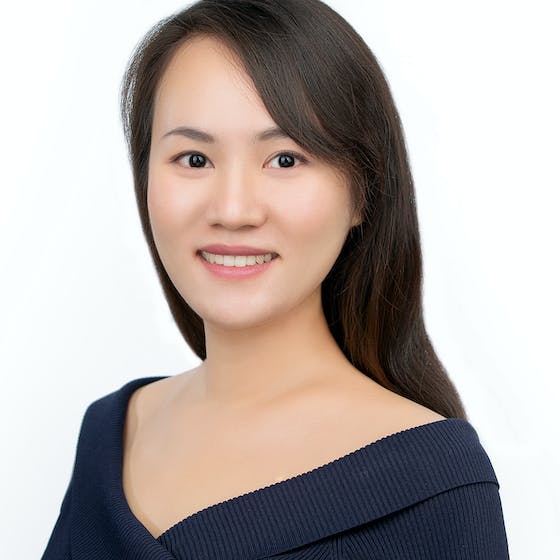 When Yuan Yuan joined international standards non-profit Global Reporting Initiative (GRI) to run their Beijing-based China operations in 2013, she counted 20 different reporting frameworks for companies to choose from. “If I was a first-time reporter, I would feel overwhelmed—or put off altogether,” says Yuan.

While a growing number of Chinese companies are reporting their economic, environmental, social and governance (ESG) performance—up from 200 in 2008 to more than 3,000 now—the quality of their reports is a point of contention.

“There hasn’t been much pressure on businesses to go beyond compliance,” says Yuan. “That’s why you see a gap between environmental policies and actual business practices.”

“Besides, the awareness of investors, the media, non-government organisations (NGOs), and consumers is low, so there has been little incentive for businesses to put sustainability at the core of their business strategy,” she says.

But, as is typical of China, things are changing fast. In this interview with Eco-Business, Yuan talks about what is driving China’s sustainability reporting landscape, where companies are getting reporting wrong, and the impact of increasingly vocal NGOs on China’s Byzantine business world.

How do you think Chinese companies could get better at sustainability reporting?

One area is the notion of materiality, which is very underdeveloped in China. Companies need to understand what are the most relevant issues to their business, and produce shorter and more concise reports. This will also save them money.

Another is the sheer volume of ESG standards in China that have proliferated over the past decade. When the Singapore stock exchange requires companies to report, they do not use their own standards; they use international benchmarks. China always needs to chart its own course due to its unique market economy system. This gives room for local players to come up with their own standards, and now there are just too many.

How are companies coping with so many standards?

For the sake of compliance, companies usually state in the introduction of their reports: “We make reference to a list of standards”. But if you look at the content index, they have only really used one or two.

The two most commonly used are GRI—the first reporting framework to be introduced in 2006, when a few Chinese companies began to report—and CASS-CSR (the Guidelines on Corporate Social Responsibility Reporting for Chinese Enterprises), which was released in 2009, the year after state-owned enterprises were encouraged to do CSR reporting. The frameworks that followed are all very similar, so companies can use one or two and easily comply with all the others.

China welcomes international standards, and tweaks them for the local context. For instance, GB36000 is the Chinese version of [social responsibility guideline] ISO26000. You can tell they’re similar from the name, and they have the same structure and definition of social responsibility. But GB36000 covers more local issues and better suits local laws and regulations.

How else are Chinese reporting standards different?

Corporate governance is also very different in China compared to the Western model. Many Chinese companies complain about how governance is assessed [by international ratings agencies]; a lot of the questions they’re asked are not relevant to the China context.

There is a vacuum of structures that ensure reported information is accurate and honest.

China is a state-led economy with a unique system, described as “corporate governance with Chinese characteristics”. Here, Communist Party committees within state-owned enterprises have a lot of decision-making power, and the way boards of directors and supervisory boards interact is very different. Local versions of international standards can fix those issues.

In China, state-owned enterprises are obliged to file sustainability reports, but non-state owned listed companies are not. What are the motivations for the latter to report?

Peer pressure is one driver. If your competitor is reporting, you feel you should do too. Another push factor is that companies see tangible benefits in reporting; it’s good PR and you can tell a positive story around sustainability and it is a good way to engage with consumers.

Plus, international firms are demanding more information about the sustainability of their Chinese partners’ supply chains, and sustainable investors will only give access to capital if companies can provide information that backs their green credentials.

What is there to ensure that companies are reporting fairly and honestly?

There is a vacuum of structures that ensure reported information is accurate and honest. As reporting is purely voluntary [for non-state owned firms], there is no enforcement of the government’s policies and recommendations. A 2017 study by local consulting firm GoldenBee found that less than 10 per cent of listed companies in China have their sustainability reports externally assured. Even among Hong Kong Stock Exchange-listed companies, I have never heard of any company being penalised because of dishonest or inaccurate ESG reporting.

But there are other ways that companies are being held to account. Civil society organisations are a lot more active now, and are scrutinising ESG information, looking at what is disclosed and what isn’t. If companies don’t talk about their negative impacts, NGOs will do that for them.

While ESG reporting has become mainstream, the integration of ESG principles in companies has not.

One of the most active environmental NGOs is Shanghai Minhang Qingyue Environmental Information Technology Service Centre, which advocates for transparent, balanced corporate environmental performance data. They recently found that 11,917 companies had not completed sewage discharge reports (about half of the companies that should report).

Why are NGOs getting bolder?

The government is now empowering NGOs to do their jobs, because they fear that if social and environmental problems cannot be effectively tackled, it will ultimately affect national economic growth and their legitimacy. In the past, NGOs would’ve feared crossing the line, but sustainability issues are now central to the national agenda, so NGOs can now be more vocal.

What about the role of consumers in pushing companies to be more responsible?

It depends what consumers care about. For instance, the palm oil debate has never made headlines in China as it has in Europe, and the level of awareness and understanding of palm oil’s environmental impact is low.

Consumer consciousness is driven by mainstream and social media, and the hot-button issues are water and waste. Plastic always generates interest, and water has long been an issue. China is a water-stressed country, and people living near waterways have been severely affected by pollution and industrial waste, and there’ve been protests about water quality.

What is your hope for the future of sustainability reporting in China?

Progress has been fast. But while ESG reporting has become mainstream, the integration of ESG principles in companies has not. Now is the time for companies to integrate sustainability into the core of their businesses.