Gender should not be a barrier: Japan Airlines VP Akira Mitsumasu

While Japan continues to lag behind on gender equality, some companies have paved the way to challenge convention. Akira Mitsumasu shares the challenges that women face in society, and how Japan Airlines has been actively promoting gender equality.

Despite having the world’s third-largest economy, Japan ranked among the most unequal countries in the World Economic Forum’s Global Gender Gap Index 2020, coming in at 121 out of 153 countries.

It was the nation’s worst ranking since the annual report was first published in 2006.

The country fell short on economic opportunities and political representation despite Prime Minister Shinzo Abe’s campaign to empower women in 2013.

In its latest update, Japan has decided to push its ‘womenomics’ target to raise the percentage of women in leadership posts to 30 per cent back to 2030.

With such a dismal gender gap, only a handful of companies are leading the charge for gender equality. One such company is Japan Airlines (JAL), which has created a diversity and inclusion lab—a cross-functional team to promote gender equality and diversity across all divisions of the company.

A gender equality ranking of leading companies in Japan, Hong Kong and Singapore ranked Japan Airlines as the second-best performing company among Japanese firms in 2019 for their gender equality practices. Across all three countries, the company came in 13th place.

Based on the report, no company in Japan has gender balance on the board or in senior management, leaving the country lagging behind nearly every other developed country globally on these criteria.

Currently, 16.8 per cent of JAL’s management positions are filled by women, and the airline has set a target to increase it to 20 per cent by 2023. While this figure lags behind the global average, it is twice that of Japan’s average—8 per cent.

In October last year, Japan Airlines became the first Japanese carrier to stop calling passengers “ladies and gentlemen” during English-language announcements, opting to use gender-neutral language such as “all passengers” and “everyone” instead.

In addition, the airline operated a trial ‘LGBTQ Ally Charter’ flight for same-sex partners and their families in 2019, and has already changed the rules to extend spouse and family allowances to same-sex partners.

This year, JAL continues to show its support for gender equality by supporting events such as the She Is More campaign, a global youth art competition for budding artists and youths to celebrate the value of women through art. The art competition is in its second year and is organised by IIX Foundation, with this year’s theme of ‘She Is Courage’ to celebrate women who have the courage to lead, explore, innovate and change the world. 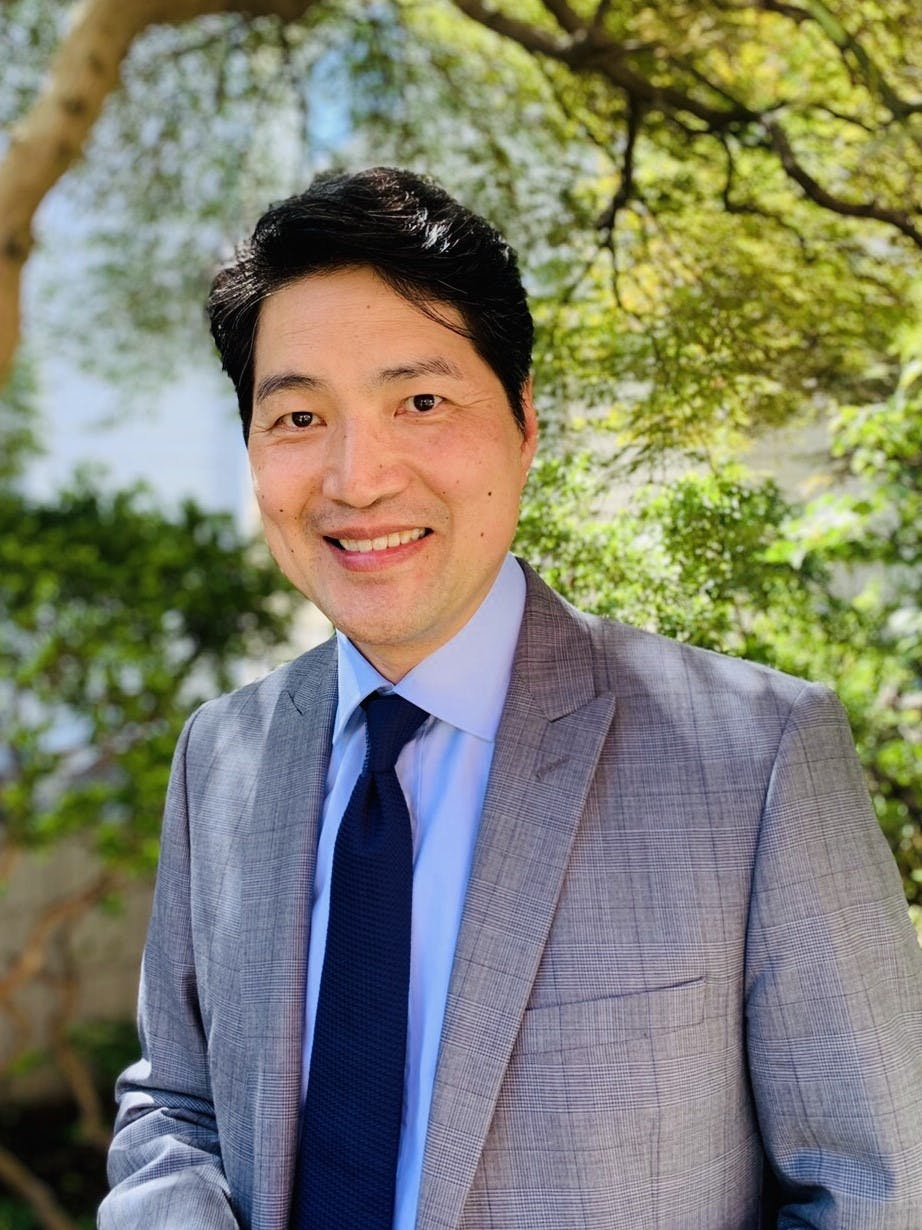 Akira Mitsumasu, vice president of global marketing of Japan Airlines, is championing gender equality within and beyond the organisation.

Advocating for the diversity and inclusion initiatives within the company is Akira Mitsumasu, vice president of global marketing of Japan Airlines.

In this interview with Eco-Business, Mitsumasu talks about the barriers that women face in Japanese society, how men can play an active role in championing gender equality, and why Japan Airlines is supporting the She is More campaign.

Why did you decide to champion gender equality at JAL?

Having been with the company for 30 years now, oftentimes I find female colleagues who are exceptionally talented but are not given the opportunity to lead. I thought that this needs to be changed because there’s a huge talent pool that is under-utilised.

But I think what has bothered me more is the idea of living in a society that continues to accept and treat women unequally. I remember Rowan Williams [academic and theologian] who in one of his talks spoke of regarding the treatment of minorities as a sign as to whether indeed a democracy is legitimate or not. I think this applies to gender equality as well.

In Japan, only 3.1 per cent of women hold board seats in the TOPIX Core 30 Index [the top 30 companies listed on Tokyo stock exchange], why do you think the number is so much lower than the global average?

There are multiple layers of problems. To begin with, there are gendered career paths that have already been in place for a long time. For example, women may take up roles as frontline staff, receptionists or personal assistants, but aren’t seen as someone who has the potential to grow into a senior management role. We need to change that.

In Japan and certain parts of Asia, there are also expectations on women to give up their careers as the primary responsibility of raising children is placed on mothers. It’s a misconceived mentality that women have different roles and they have to decide which one they want to focus on.

But we shouldn’t be looking at it as a dichotomy between work and home. We should be asking how can we help, as an organisation, to make things easier for women to do both.

Do you see growing awareness in Japanese society today?

There is growing awareness. In Japan, many companies are talking about diversity and inclusion and many companies have put up their targets to increase the number of female managers in the company. There are many activist movements in Japan as well.

We are more aware of the facts too, for example in the World Economic Forum’s Global Gender Gap Report 2020, Japan ranked 121 out of 153 countries. I think people are beginning to understand that there is a huge gap that we need to fix in terms of gender parity.

In companies, we’re seeing more conversation, discussion, debates and learning. At Japan Airlines, we have mentioned that we have our diversity and inclusion lab, whereby we invite people from various divisions to come together and discuss where the problems lie and how they feel, because very often these issues are not explicitly seen or communicated.

How do you think men can play a more active role in advancing gender equality?

I think the most important thing to do is to invite women to participate. Increasing representation doesn’t just happen overnight, it requires a step-by-step approach to grow talent, provide opportunities, and design jobs in which women can participate and excel.

Some men think that this is a zero-sum game, that women are competing for space. Their mentality is that if we give female employees more room, then men will have to give up their rights. This is something that needs to change.

In actual fact, it’s not a zero-sum game, but it’s more about interlocking interests. We need to work together in order to achieve something greater. It’s more of mutual reciprocity whereby the more we give, the more we get in return.

Are there other challenges that you’ve faced while championing gender diversity within the company, other than initial reluctance?

Another thing that needs to be changed is culture and social norms, where it’s not just male employees, but female employees who have come to accept this as a fact of life or culture—this is the way it has always been, and this is the way that it will be.

It reduces their capacity to speak out when they should. For example, I often hear stories of female employees who are offered a promotion with great responsibilities, but who, after considering that taking on the role would entail sacrificing family duties and responsibilities at home, turned the offer down.

Both the female employee and people around her thought the choice was understandable. But many later think back and realise that it was a forced choice. Had there been sufficient support and assurance to ensure a balance at both the office and home, the choice could have been very different.

When we talk about equality, it is also about crafting equal opportunities and providing the kind of support that is needed for workers who wish to participate, excel, and wish to be on par with male colleagues in terms of career advancement.

It’s important that we do not deprive them of these opportunities, and that’s the key point. Gender should not be a barrier.