From tigers in Bhutan to hornbills in Singapore: Asian conservation success stories that show the resilience of nature

Wildlife populations are in serious decline almost everywhere. This World Wildlife Day, Eco-Business highlights 5 conservation efforts in Asia that are saving endangered animal species from going the way of the Dodo.

All things furry, scaly, and feathery are on the retreat. In less than half a century, wildlife populations have declined by two thirds, as human activity has turned forests into cities and farmlands, and altered the climate on which life depends.

Southeast Asia is also a hub for a quarter of the global illegal wildlife trade, with some 2 million animals and their parts seized every year, while 12 million snares are believed to have been laid in protected areas of Cambodia, Laos and Vietnam to catch animals for food, ornaments, and traditional medicine.

As a result, a depressing number of animals are being added to the endangered species list, joining the likes of the Sumatran rhino, Indochinese tiger, Philippine crocodile, and Sunda pangolin on the path to almost certain extinction over the coming decade.

There are more hairdressers in the UK than wildlife rangers in the whole world.

An estimated $76 billion is spent on preserving endangered species and their habitats globally every year, but the Covid-19 pandemic has made it harder for conservationists to do their jobs.

Movement restrictions and safety measures have inhibited their work, and technology such as Zoom calls, drones and satellite monitoring can only go so far to replace efforts on the ground, says Elizabeth Clarke, who is conservation director for non-governmental organisation World Wide Fund for Nature (WWF) Singapore.

Has the lack of monitoring and protection led to a rise in wildlife losses? Rohit Singh, WWF’s director of wildlife enforcement and the zero poaching campaign says that it is difficult to say, given the lack of data. However, a recent survey of frontline conservationists suggests that pressure on wildlife has increased. For instance, more people in rural Asia collecting firewood as a cheaper alternative cooking fuel to gas has disturbed national parks.

Slowing economies have prompted governments to cut budgets for managing protected areas too. A report by WWF reveals that since the Covid-19 outbreak, one in five conservation rangers in Asia are doing their jobs on a tighter pursestring. And the job of protecting wildlife is no walk in the park as it is — there are fewer wildlife rangers in the world than there are hairdressers in the United Kingdom, with a particular shortage in Southeast Asia, notes Singh.

The focus from Asian governments on reviving economies by scrimping on conservation and avoiding the opportunity to build back greener is ironic, says Clarke. “We find ourselves in a pandemic that is symbolic of humanity’s broken relationship with nature, but there is pressure from governments to accelerate the activities that got us into this situation to begin with.”

But while the picture is gloomy for much of the animal kingdom, there are pockets of hope where conservationists have given animals a lifeline. To mark World Wildlife Day (3 March), Eco-Business highlights five conservation projects that have brought endangered species back from the brink. 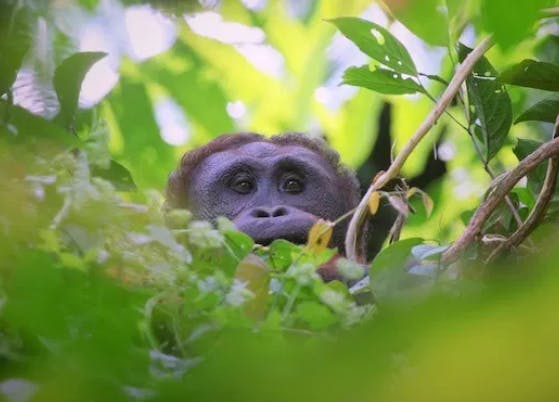 Bukit Piton Forest Reserve in Sabah, Malaysia, had been badly degraded after three decades of logging and forest fires, while palm oil plantations had been steadily closing in around a dwindling habitat for the critically endangered Borneo orangutan. A change in the law that prohibited further forest clearing, and conservation work that included replanting with fast-growing species and fruit trees, gave the remaining orangutans the chance to recover. Now, the reserve is home to one of the largest orangutan populations in Sabah, with about 3,500 individuals in the 11,600-hectare park. As recently as two years ago, there were even reports of elephants visiting the area, a sign that restoration efforts have been working. 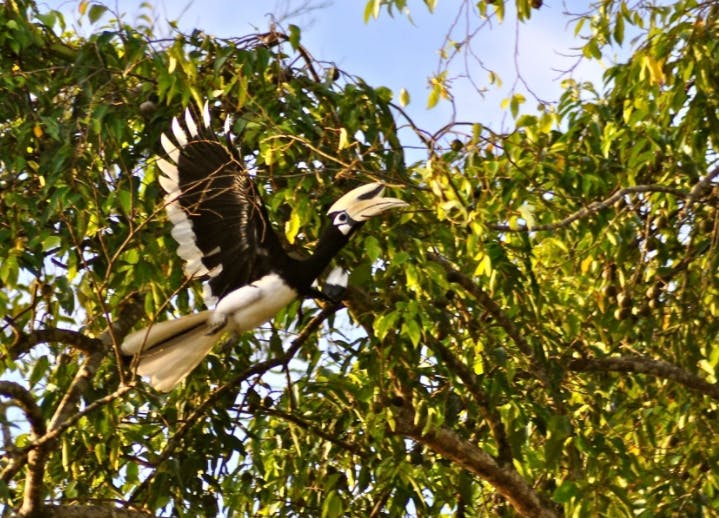 An Oriental pied-hornbill in flight in Pulua Ubin, Singapore. incidentalnaturalist.com/2015/07/15/hornbills

Three species of hornbills — a charismatic tropical bird known for its enormous down-curved bill and cackling call — were previously native to Singapore, and all three of them were wiped out by urbanisation and habitat loss. But one species, the Oriental pied-hornbill, has made something of a comeback. A key factor that limited the ability of hornbills to breed in Singapore was a shortage of tall trees with cavities to nest in. So the National Parks Board placed artificial nesting boxes in trees, and the nests were observed by researchers via remote cameras. After re-establishing a foothold on Pulau Ubin, a forested island to the north of Singapore, Oriental pied-hornbills are now often sighted on the mainland, and are learning to adapt to life in a metropolis with small patches of remaining forest. 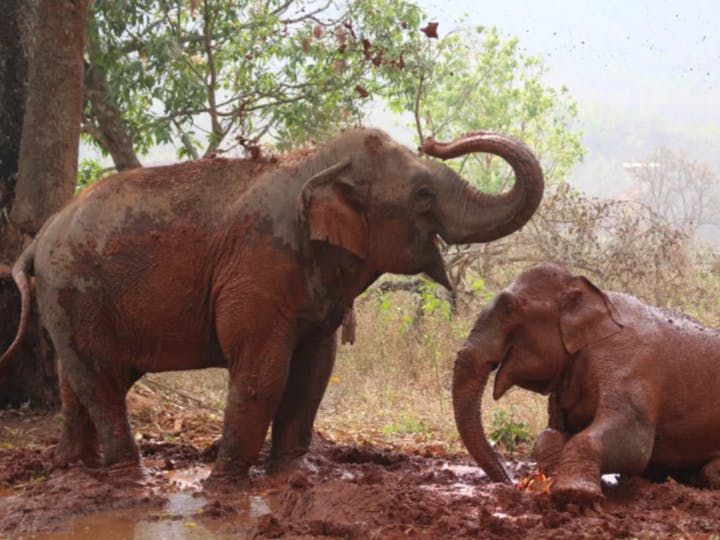 A few years ago, a worrying trend of elephant poaching in Myanmar shocked conservationists. The elephants, of which 1,200 or so remain in the wild in the Southeast Asian country, weren’t being killed for their ivory but for their skin. This meant that infants as well as tuskless females were being harvested, and their skin used to make jewellery and traditional medicine. WWF, working with the government, sounded the alarm with an awareness campaign in key cities, engaged local communities in the northeast where elephants were being poached, and used technology to track the elephants and poachers. Last year, there were no cases of elephant poaching, says Clarke, who admits that monitoring work is now difficult given the current political situation in Myanmar. 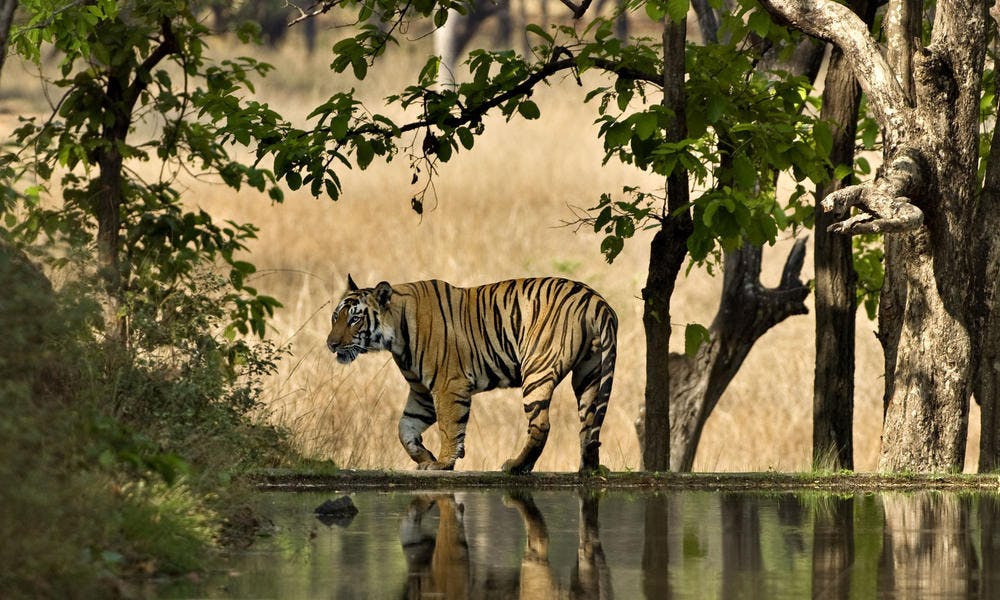 Tiger numbers have dwindled across the continent from more than 100,000 last century to 3,200 in 2010. A programme led by WWF to double tiger populations in 13 countries by 2022 has met with some success, particularly in the landlocked kingdom of Bhutan. While Bhutan has more than 70 per cent of forest cover and half of the country is protected by nature reserves, human-wildlife conflict is on the rise, as is the threat of poaching and the illegal wildlife trade. A funding programme called Bhutan for Life, combined with strong on-the-ground protection, community participation and political commitment, has helped tiger numbers to double in Bhutan’s Royal Manas National Park, from 10 in 2010 to 22 today. “Bhutan really is a benchmark for the world in managing natural resources,” says Singh of the Himalayan nation, which has pledged to remain carbon neutral indefinitely and conserve its forested areas. 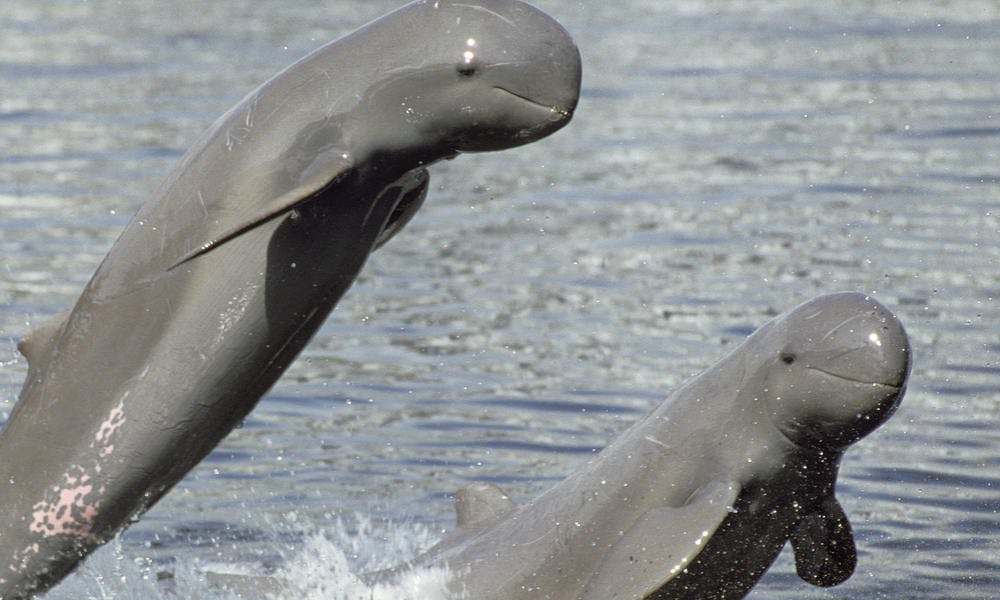 A rare sighting of Irrawaddy dolphins in Cambodia. Image: WWF

The dolphins of the Mekong River once numbered in their thousands, but war, hunting, pollution, net fishing and dams have reduced their population to under 100 in northern Cambodia. Though the population remains well below what is considered safe to ensure the species’ future survival, a programme to save the Irrawaddy dolphin has helped numbers to stabilise. Since the early 2000s, nature groups partnered with law enforcement to combat unsustainable fishing practices, which include using poisons and dynamite, and the government started promoting the dolphin as a reason for tourists to visit the country. Perhaps the biggest factor was the Cambodian government’s decision to abandon a plan to build a new hydropower dam in March last year, and place a 10-year moratorium on new dam development on the Mekong mainstem.