Observers say that the root causes of flooding in Malaysia remain unresolved even as disaster management efforts are being ramped up ahead of polls.

It has been almost a year after unexpected floods killed more than 50 and displaced thousands across Malaysia, but Sabihah and her family still have no plans to fully refurbish the ground floor of their Hulu Langat home.

“We’ve just put in basic chairs and stocked up on plastic containers, and are prepared for any flood warning,” she said.

On 20 December last year, when flood waters spilling from a small stream behind Sabihah’s house, located in Selangor, Malaysia, rose to waist level within an hour, she and her family had to quickly evacuate. They were among the hundreds in Hulu Langat who suffered the loss of clean water and electricity for at least three days afterwards.

“Now when we hear flood warnings, there is a phobia. Many of us feel that [the major floods] can happen again,” Sabihah, who only wants to be identified by her first name, told Eco-Business. It took the family many weeks to return to living normally as road access to the area was badly affected, she said.

Worries about disastrous floods due to the northeastern monsoon have resurfaced this year, fuelling criticism against caretaker prime minister Ismail Sabri’s dissolution of Parliament on 10 October. General elections will be held on 19 November, coinciding with the monsoon which typically affects states on the eastern coast of Peninsula Malaysia from November to March.

The hashtag  #UndiBanjir, which translates to “floodvote” from Malay and rallies support against the decision to hold the elections during the monsoon season, has been trending on Twitter and TikTok since the polls were called. 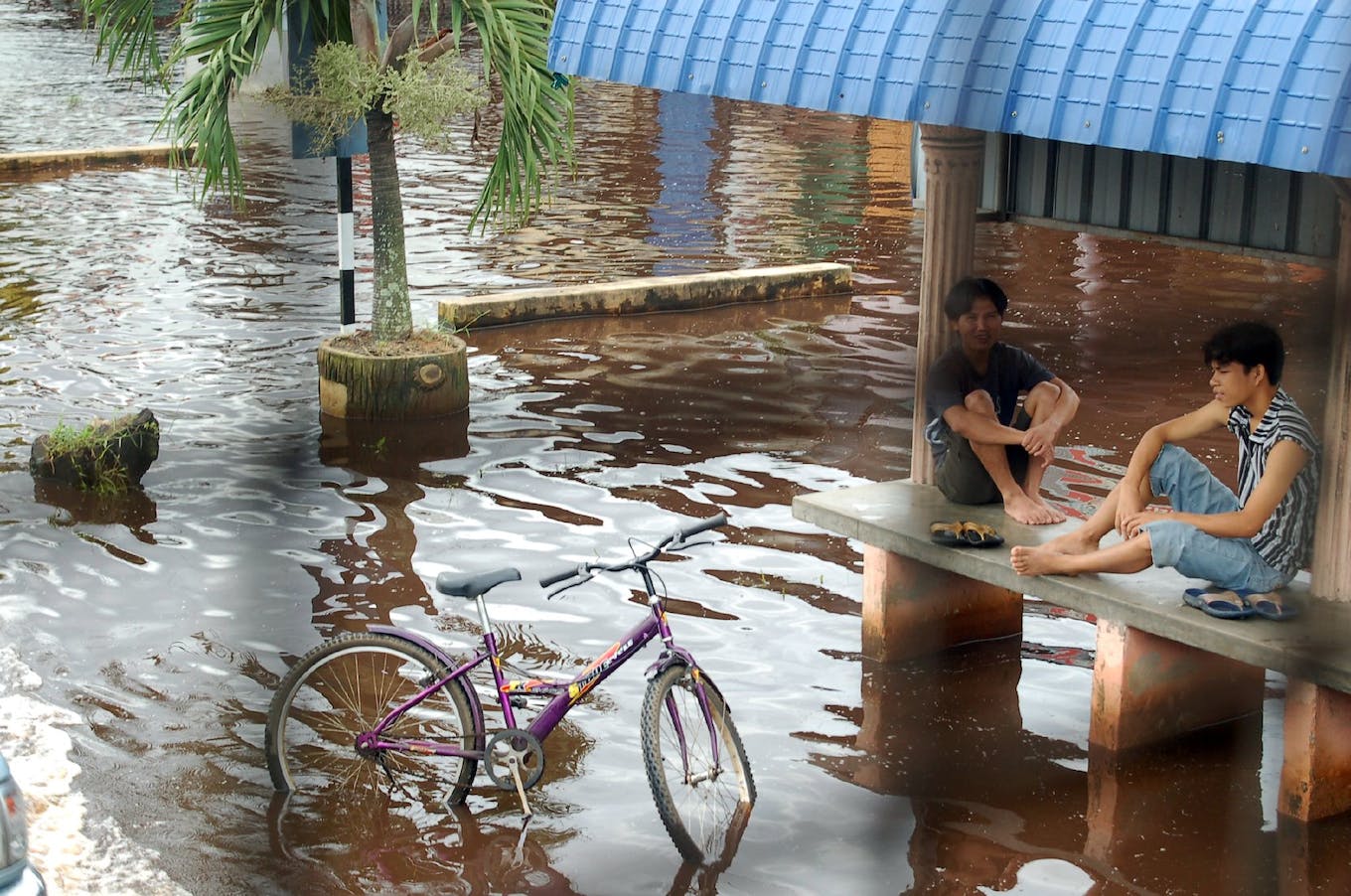 While weather forecasts can be issued within seven days ahead, accuracy is only reliable within one to three days ahead, Malaysia’s meteorological department (MET Malaysia) told Eco-Business.

It is “too early to predict the frequency, potential and intensity” of the factors affecting the northeast monsoon this year, MET Malaysia said in an email response. The main factor affecting the northeast monsoon is the monsoon flow from Siberia and the Western Pacific Ocean, which creates a low pressure system and typhoons in the region, it explained.

MET Malaysia added that the monsoon is expected to be “normal”, with forecasts showing most parts of the country receiving average monthly rainfall. The department, however, had previously warned the public that many locations throughout the country could face flooding.

As recently as Wednesday, floods displaced 167 people from the Padang Terap and Kubang Pasu districts in Kedah, although residents were permitted to return to their homes by 1pm the next day. Continuous rain that evening led to water rising in the Janing river, causing floods in three villages.

In Hulu Langat, Sabihah has observed flood mitigation works being carried out by the local council in the past year, including widening of the river near her house and strengthening of the river banks at its weaker points with concrete. The level of adjacent roads have also been raised, she said.

Improvements have been made in terms of the coordination of assets and logistics, the capacity and capability of responders, and risk communication tools, among others, he said. This includes strengthened mandates for Malaysia’s National Disaster Management Agency and the Malaysia Civil Defence Force.

Non-governmental organisations with thousands of members are also prepared to be deployed as a secondary force for rapid response, said Khammarul, who is also an executive committee member of humanitarian and disaster response organisation MERCY Malaysia.

An adaptation plan without a mitigation plan is like pouring water out of a flooded bathroom without closing the tap.

In addition, Malaysia’s early warning system for floods are being progressively implemented by the National Flood Forecasting and Warning Center, which is managed by the Department of Irrigation and Drainage.

“It is worth mentioning that many communities are more aware of investing themselves in household-level preparedness, seeking the right information and increasing local resiliency,” Khamarrul said.

Instead of relying on sporadic messages from neighbours, Sabihah and her family members now regularly check official channels for weather updates.

…but root cause of floods unaddressed

However, without addressing the root cause of recent floods such as deforestation caused by logging, flood migration and disaster management efforts will continue to drain the Malaysian government financially, said Thing Siew Shuen, senior programme manager at the Malaysia office of Greenpeace Southeast Asia.

The Friday before Parliament was dissolved, the incumbent government proposed an RM372.3 billion (US$78.9 billion) budget for 2023.This included an allocation of RM15 billion (US$3.2 billion) for flood mitigation measures, including the construction of a dual-purpose reservoir stretching the length of the Klang and Rasau rivers in Selangor, an integrated river basin, and sabo dams in 46 locations.

Sabo dams are upstream constructions that accumulate and store sediment, preventing debris from flowing downstream at an uncontrolled rate.

The budget bill, which has yet to be passed due to the dissolution of Parliament, also allocated funds towards upgrading the weather forecast system and strengthening the national disaster management agency.

These measures, however, are only part of the solution, said Thing, a view reflected by other observers.

“There is a glaring gap when it comes to a whole-of-government approach in treating climate change as an imminent risk in all of our policies, rather than treating it as an isolated portfolio,” said James Chai, a visiting fellow at the ISEAS-Yusof Ishak Institute.

“A lot of the disasters could be attributed to overdevelopment and over-prioritisation of profit. The Taman Sri Muda disaster last year shed light on this — there shouldn’t have been that many houses built in a catchment area,” he added.

Taman Sri Muda in Shah Alam, Selangor was one of the most badly affected areas by floods in December 2021, resulting in more than a dozen deaths and residents going for days without food. According to locals, a large portion of the township, which was developed more than 30 years ago, was meant to be a water catchment area.

Deadly floods in July this year in Baling, Kedah were also the result of mismanaged agricultural development atop a nearby mountain, Gunung Inas.

“We have been advocating that the government should include both climate change mitigation and adaptation plans,” Greenpeace’s Thing said.

“An adaptation plan without a mitigation plan is like pouring the water out of a flooded bathroom without closing the tap. Instead of just mitigating risk, we should be taking precaution and preventive measures,” she said.