Energy-hungry Cambodia shows no sign of backing down on coal

As Cambodia’s economy goes through a rapid expansion with foreign investments pouring in, the country is turning to polluting coal power to meet growing energy demands, risking the health of the people and the welfare of the environment.

At the 23rd UN Climate Change Conference (COP23) in November last year, many countries around the world made their pledges for the coal power phase-out to curb the global greenhouse gas emissions, and ultimately keep global temperature increases within 2°C or, if possible, to 1.5°C of pre-industrial levels under the 2015 Paris Agreement. Environmental groups also called upon Southeast Asian countries to join the effort in order to keep the region safe from climate change‘s threats.

Coal-fired power plants are the most polluting way to produce electricity, and burning coal is the most prominent contributor to climate change. The World Health Organization (WHO) estimates that around 7 million people die every year due to air pollution, which is mainly caused by “the inefficient use of energy by households, industry, the agriculture and transport sectors, and coal-fired power plants.”

However, according to the report by ASEAN Center for Energy (ACE), in Southeast Asia, coal is projected to rise from 47 gigawatts (GW) in 2013 to 261 GW in 2035, which means each country is moving in the opposite direction to construct more coal-fired power plants.

Cambodia is one example. As a least developed country, it becomes even more reliant on coal-fired power, deeming it as the key factor to bringing an end to energy shortage in the future amid rapid economic growth.

According to Cambodian National Strategic Development Plan 2014-2018, the Royal government of Cambodia has committed to an ambitious goal of achieving nationwide electrification by 2020, providing all villages across the country access to electricity.

The lack of regulation for the emission standards could seriously impact the future environment and also the livelihood of the people.

In 2017, Cambodia consumed up to 8.15 billion kilowatt hours of electricity, with 30 per cent of it from fossil fuels. While energy consumption hikes, the government now considers hydropower and coal power plants as the most preferred and reliable sources of energy for the country’s sustainable future.

According to Ministry of Mine and Energy, Cambodia currently has three coal-fired power plants being commissioned—two of which are located in coastal province of Sihanouk with total capacity of 655 megawatts (MW)—with 250-MW coal station sponsored by Cambodian Energy Limited,  and 405-MW coal station funded by Cambodia International Investment Development Group (CCIDG). Another one is 10-MW unit located in Dey Eth commune, Kandal province.

The Ministry’s spokesman Victor Jona said as Cambodia is diversifying sources of energy, it deems coal and hydropower as the most reliable and affordable sources of power in the future.

“We already approved the construction of two more 350-MW coal-fired power plants in Sihanouk Province, and the building will begin in 2019 and be expected to be completed in 2023 and 2024 respectively,” Jona said. 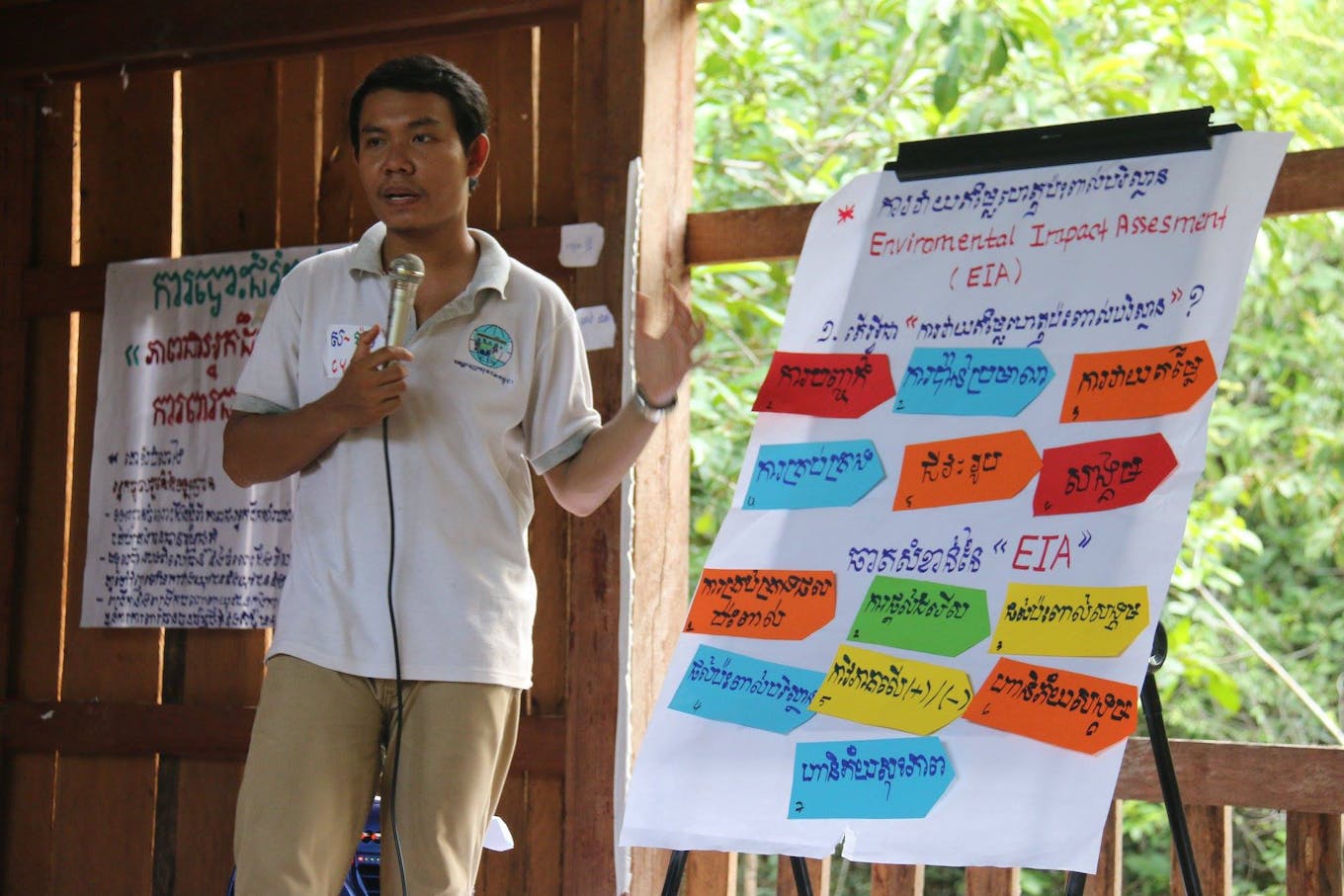 Coal power is cheap for now, but local Cambodians might pay the price in the future

The energy economist for The Economic Research Institute for Asean and East Asia (ERIA), Dr. Han Phounmin, acknowledges that the existing coal-fired power plants and future constructions can pose greater harm to the environment and the people’s health due to air pollution if the government is unable to ensure the removal of two main pollutants from coal power plants’ emission such as Nitrogen oxides (NOx) and Sulphur oxides (SOx).

“Cambodia is pushing for a bigger share of power from coal-fired power plants, and of course it is a big concern for negative environmental impacts if the current coal power plants and the future fleets do not address the issue of removing NOx and SOx pollutants,” Phoumin said.

SOx can also cause acid rain, which is harmful to ecosystems, and reacts with other compounds in the atmosphere to form fine particles that reduce visibility, literally known as haze, he said.

Phounmin added that coal-fired power plants having small capacities like those being operated in Cambodia are mostly not equipped with ultra-supercritical technology, which can ensure lower emissions.

“Most of the coal power plants with installed capacity of less than 400 MW generally do not use ultra-supercritical technology for high efficiency and low emissions. Thus, the Cambodian authority will need to set up environmental standards for emissions and strictly monitor implementation. The lack of regulation for the emission standards could seriously impact the future environment and also the livelihood of the people,” Phoumin argued.

Nonetheless, Jona disputed that the government and relevant ministries have been putting efforts to minimise the impacts by keeping the emissions as low as possible. He said the government strictly adheres to the Environment Ministry’ emissions standard and the World Bank’s guidelines. However, he acknowledged that there is no development with zero environmental cost.

The Cambodian government has tried to look into new technology to lessen the environmental impact of coal energy generation. Last year, the Ministry of Mines and Energy also signed a Memorandum of Understanding (MOU) with General Electric on implementing a Continuous Emission Monitoring System, a system that enables the Cambodian government to monitor and analyse emissions from all power plants in Cambodia.

Phoumin explained, however, that even though high technology has been introduced in coal power plants across the world, it doesn’t guarantee zero impacts on the environment. It can only lower the emissions. Local people still have to bear the serious health impacts.

Sar Mory, environmentalist and co-founder of non-profit Cambodian Youth Network, believes that when taking into consideration the environmental costs including waste and emissions, building more coal-fired power stations to cope with energy demand is not a smart choice.

Mory called on the government to comprehensively and carefully study which power plants are run to meet electricity demand and be more transparent on the energy demand while keeping public health a priority.

“As I am a citizen, I want the government to disclose specific and comprehensive reports on future energy demand. We should know how much our people need and how much the government needs to supply to industries and companies in the next five or ten years. This is to make sure if we really need to expand coal-fired power plants or we can have better alternatives for power generations,” he said.

Sao Phal Niseiy is a journalist at Thmey Thmey based in Phnom Penh, Cambodia, having a deep interest in foreign affairs, international politics and climate-related issues. He is a 2017 Southeast Asia fellow for Climate Tracker and 2017 fellow for the Climate Change Media Partnership (CCMP).