Despite a flurry of net-zero pledges and pressure from stakeholders to decarbonise, many power firms have yet to put in place plans to cut emissions. This poses a significant financial risk for the electricity industry.

Over a third of electricity firms and customers in Asia do not have decarbonisation roadmaps in place, according to a survey of 90 professionals in the industry.

Over 40 per cent also cited government policies as the biggest threats to reliable performance. It’s a 28 percentage point jump year-on-year.

Countries agreed to move away from coal and have been told to update their climate action plans within a year. Over 100 nations also pledged to cut methane, another greenhouse gas by-product from fossil fuels, by 30 per cent.

Report author Narsingh Chaudhary, who is Black & Veatch’s executive vice-president and managing director of its Asia power business, wrote that not having decarbonisation roadmaps is a “significant financial risk” for the electricity industry. 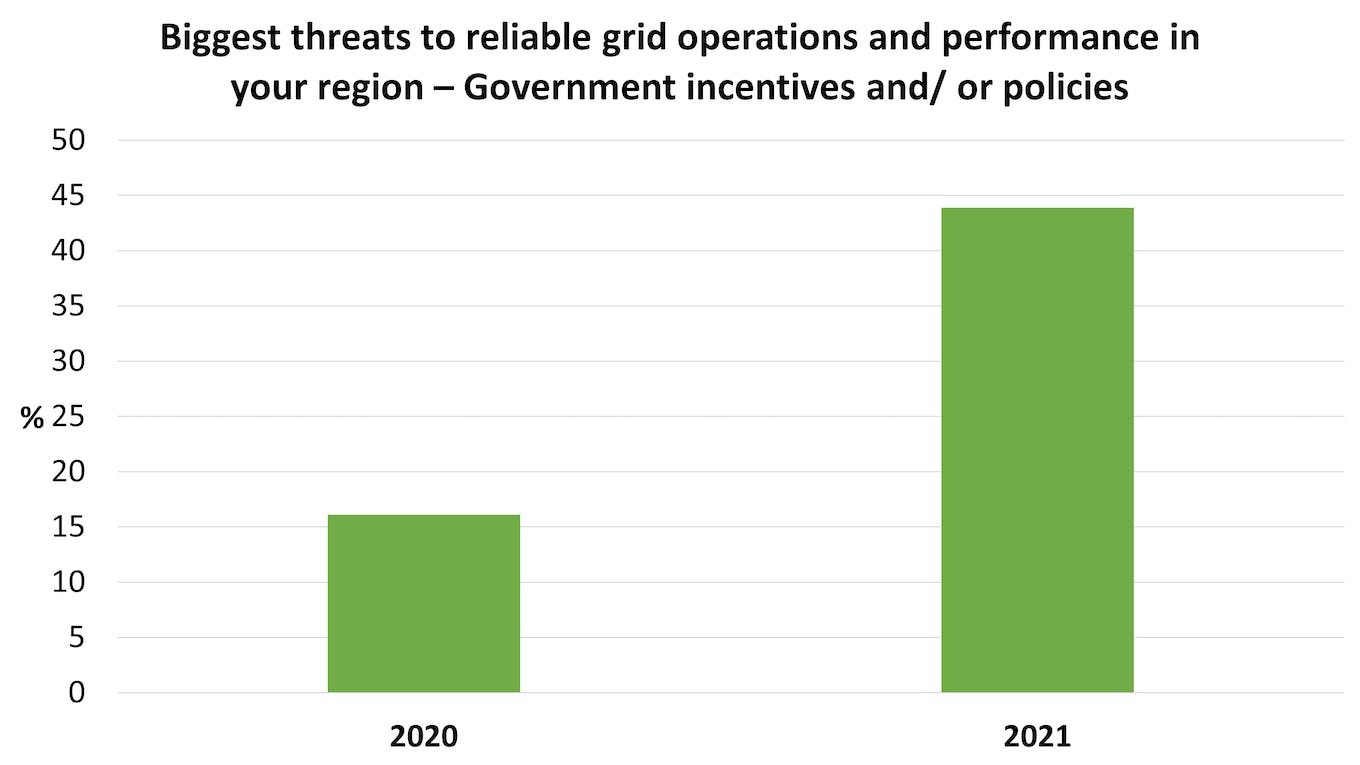 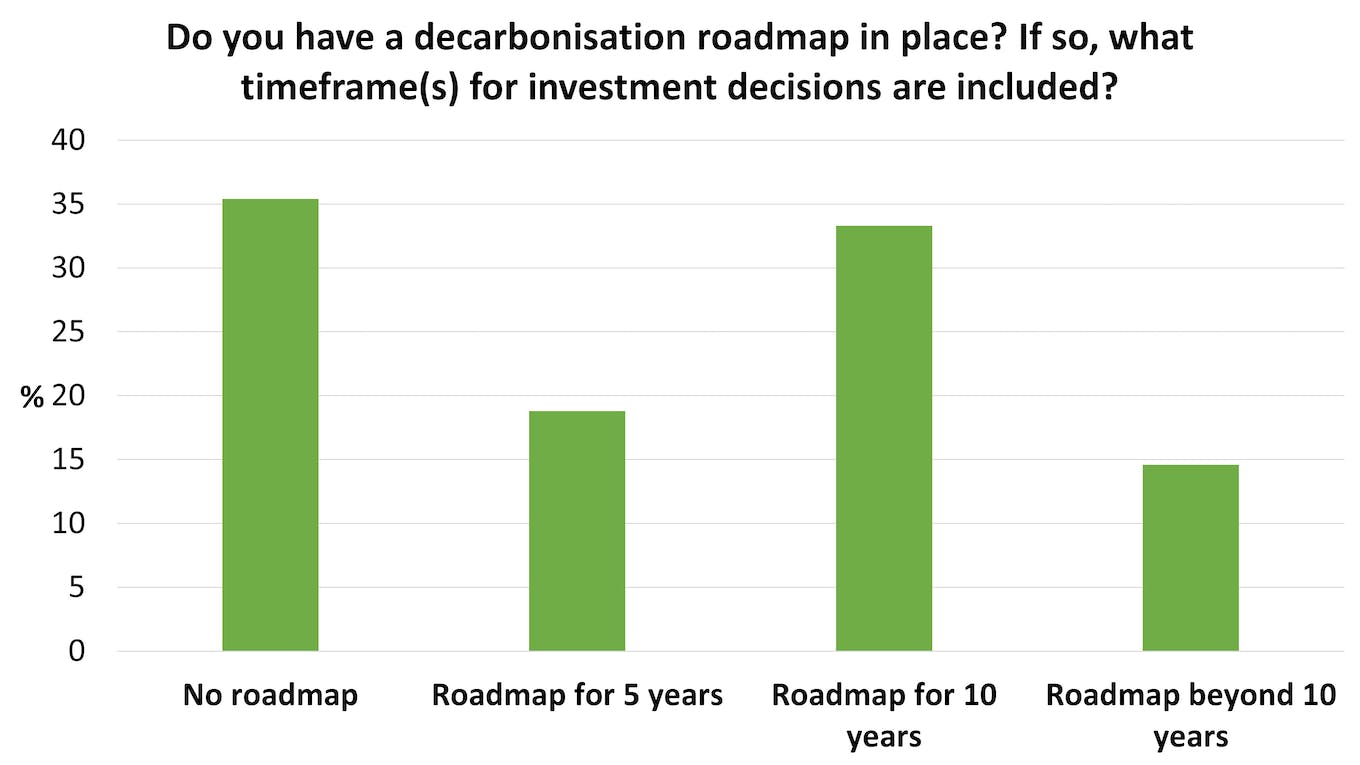 For players that do have green plans, 30 per cent of them are looking ahead for only the next five years. Another 50 per cent have 10-year schemes.

“There is much room to prioritise and optimise ongoing clean energy investments in the years ahead,” Chaudhary added.

Apart from government policies, over a third of respondents said their performance was hindered by a lack of reliable transmission networks. About the same proportion said it was challenging to integrate renewables into their energy mix.

These challenges were attributed to the distributed nature of solar and wind power. Facilities may need to be built further from cities, requiring longer cables. Solar and wind farms are usually smaller than fossil fuel plants, which means more farms and even more connections are needed for consistent electricity supply.

The report cited how Vietnam increased its solar power capacity by some 200 times in 2019 and 2020 but had to restrict power from some projects by up to 80 per cent because mismatches between peak supply and demand periods risked overloading the power grid.

“There is a clear need to increase awareness among government and other public stakeholders around the role of transmission in improving the effectiveness of renewable integration and achieving a successful energy transition,” wrote Jerin Raj, Black & Veatch’s director of Asia power transmission and distribution.

Hydrogen heats up, coal and gas cool down

Seven in 10 survey respondents believe hydrogen will contribute towards their clean energy targets beyond the early 2030s. Almost half of those polled also say hydrogen will be an affordable energy carrier to replace natural gas by 2030.

Hydrogen is seen by industry players as a longer-term storage option compared to batteries for energy produced from wind and sunlight. Firms like Germany’s Siemens Energy and General Electric headquartered in the United States have also been modifying their natural gas facilities to accept hydrogen fuel.

As it stands, hydrogen is mostly produced from natural gas. There are efforts to derive hydrogen from water using electricity from renewable energy sources (“green hydrogen”), and to trap the carbon emissions when hydrogen is made from fossil fuels (“blue hydrogen”).

Blue hydrogen tends to be more affordable than green hydrogen and is expected to be more common. But it runs the risk of methane leaks.

Meanwhile, the market outlook for fossil fuels in Asia has waned. Less than a third of respondents think gas will stay and coal phase-out will be slow, compared to almost half of respondents a year ago. 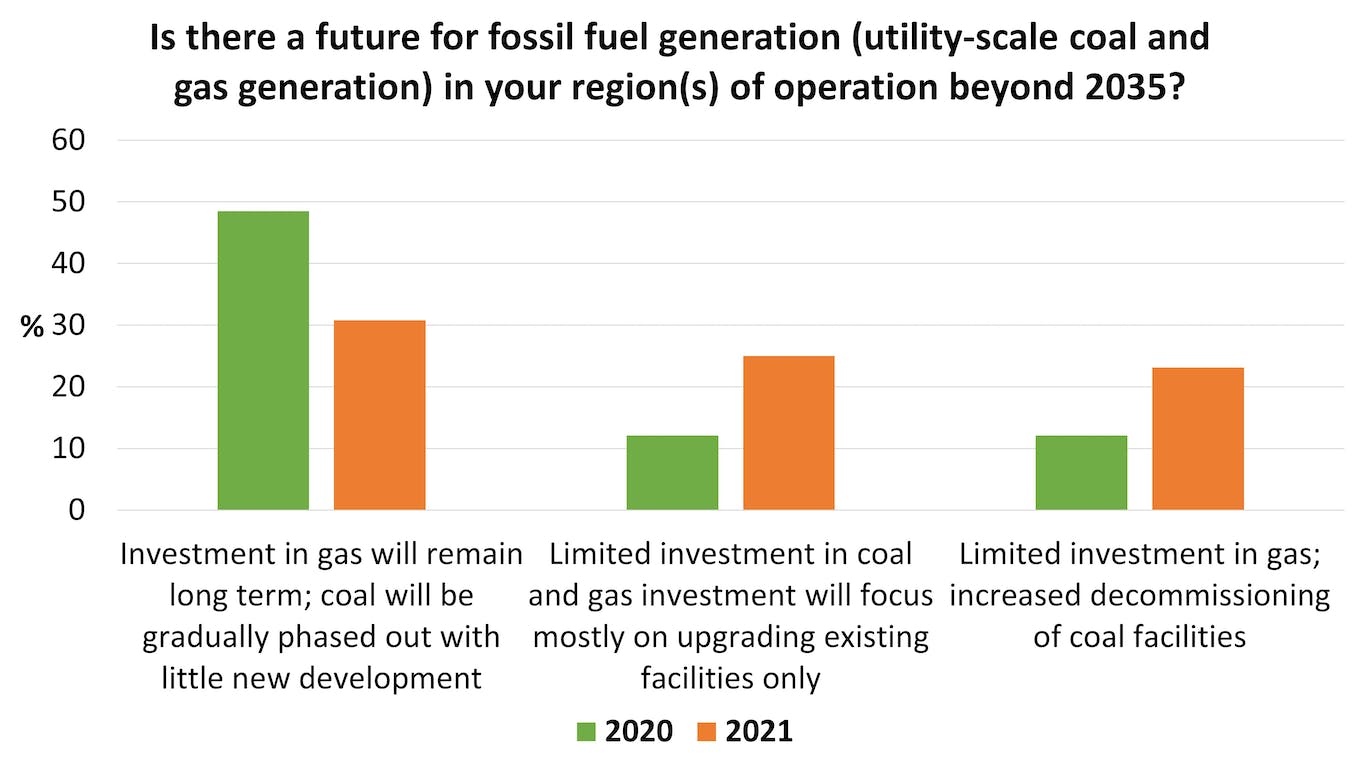 This time, almost a quarter of respondents think gas investment will be limited and more coal facilities will be decommissioned, double the percentage last year. More also believe that investments will only go into upgrading, rather than building new plants.

None of those polled in the previous report thought both coal and gas facilities would be scrapped. Two per cent think so this time round.

Firms under pressure from shareholders

Energy cost and efficiency are no longer the main reasons for adopting renewable energy. Both factors slipped by over 20 percentage points since the last survey. They have been trumped by shareholder pressure in 2021, with over half of respondents saying investments in their region is being pushed by financiers.

In 2021, the business world saw increasing pressure from the world’s biggest asset manager BlackRock which increasingly exercised its proxy vote in boardrooms, taking a less lenient approach to corporate governance to trigger change.

Pressure from governments was selected by 45 per cent of respondents, a 6 percentage point growth since 2020.

“The motive force behind renewables investments is switching from economics to the demands of governments and investors – although the two remain linked inextricably,” wrote Harry Harji, associate vice-president for Black & Veatch’s management consulting business in Asia.

The report found that most of the investment is expected to go into energy storage, and solar panel deployment. Money is also flowing into advanced control devices, to handle the intermittent power that renewable sources provide.

“Decarbonisation and digitisation are where respondents believe investments will focus in the short to medium term,” wrote Harji. “The organisations best positioned for success in this context will be those developing their initial strategic decarbonisation roadmaps, the quality of which will significantly impact the return on their investments.”

Flexible transmission infrastructure is an important enabler in getting solar and wind power to work, but it has often been overlooked. Southeast Asia needs to start planning for better grids to bolster its renewables ambition, according to a new report by Black & Veatch.
Electricity grids may trip Southeast Asia renewables drive without government intervention

The road to net zero for intensive energy users

In the midst of growing populations and electricity demand and political, investor and customer pressure to decarbonise, Asia’s electricity providers continue to grapple with implementing an affordable and reliable energy transition.
The road to net zero for intensive energy users