Singapore cannot forsake its “long-term interest” in fighting climate change just because the cost of living is rising today, said a politician in the country’s environment office.

Youths will need to green their lifestyles, provide feedback to policymakers and organise action around passion topics to play their part, added Desmond Tan, minister of state for sustainability and the environment.

A survey by consultancy Deloitte this month found that the cost of living was the top concern among people aged 20 to 40 globally, followed by climate change.

“Many Gen Zs and millennials are reassessing what matters most to them as they grapple with the continual disruption and uncertainty of the past few years,” said Deloitte global deputy chief executive, Michele Parmelee.

In Singapore, nearly twice as many people worried about the cost of living compared to climate change, markedly higher than the global average in the survey. 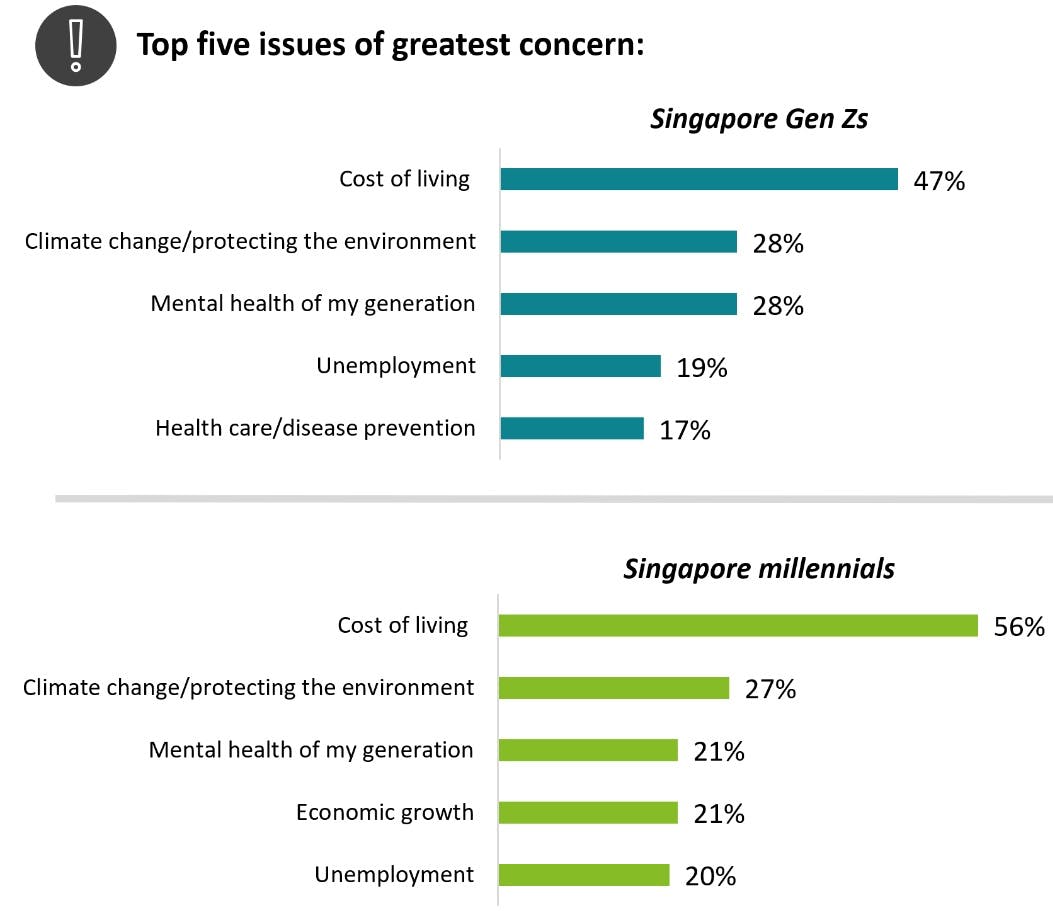 Cost of living is a top concern for Singapore youths by a wide margin, according to a Deloitte survey. Gen Zs are people aged 19-27, millennials are those aged 28-39. Image: Deloitte. [click to enlarge]

Core inflation in the city-state reached a 10-year high in March, on the back of rising fuel and food costs caused by the post-pandemic recovery and the Russia-Ukraine conflict.

“To go for sustainability, there are some increases in costs,” Tan said, citing how households will need to pay more for electricity when Singapore hikes its carbon tax in 2024.

Tan spoke to Eco-Business on Friday on the sidelines of Sustainability Exchange, an event organised by EB Impact, the non-profit arm of Eco-Business.

Over 40 youths were matched with mentors to tackle sustainability issues that Singapore faces. They pitched their ideas to a panel of judges including professionals from Meta, the parent firm of Facebook, Singapore-based OCBC Bank and Singapore’s sustainability and environment ministry

Five out of 11 teams were picked for funding by event partner OCBC Bank. Their projects sought to connect firms and the public on green initiatives, design an online game about food security, and create an online portal for sustainability resources. Two teams pitched the use of vending machines — for reusable dining ware and to refill soft drinks.

“There is now greater awareness about what is important to Singapore in terms of sustainability. The next stage is about adoption. How do we change behaviours, and how do you get people to adopt green practices?” said Koh Ching Ching, head of group brand and communications at OCBC Bank.

Koh added that the projects as presented may not be entirely feasible, and the bank would be working with the participants on ways to hone the ideas as well as fund them. 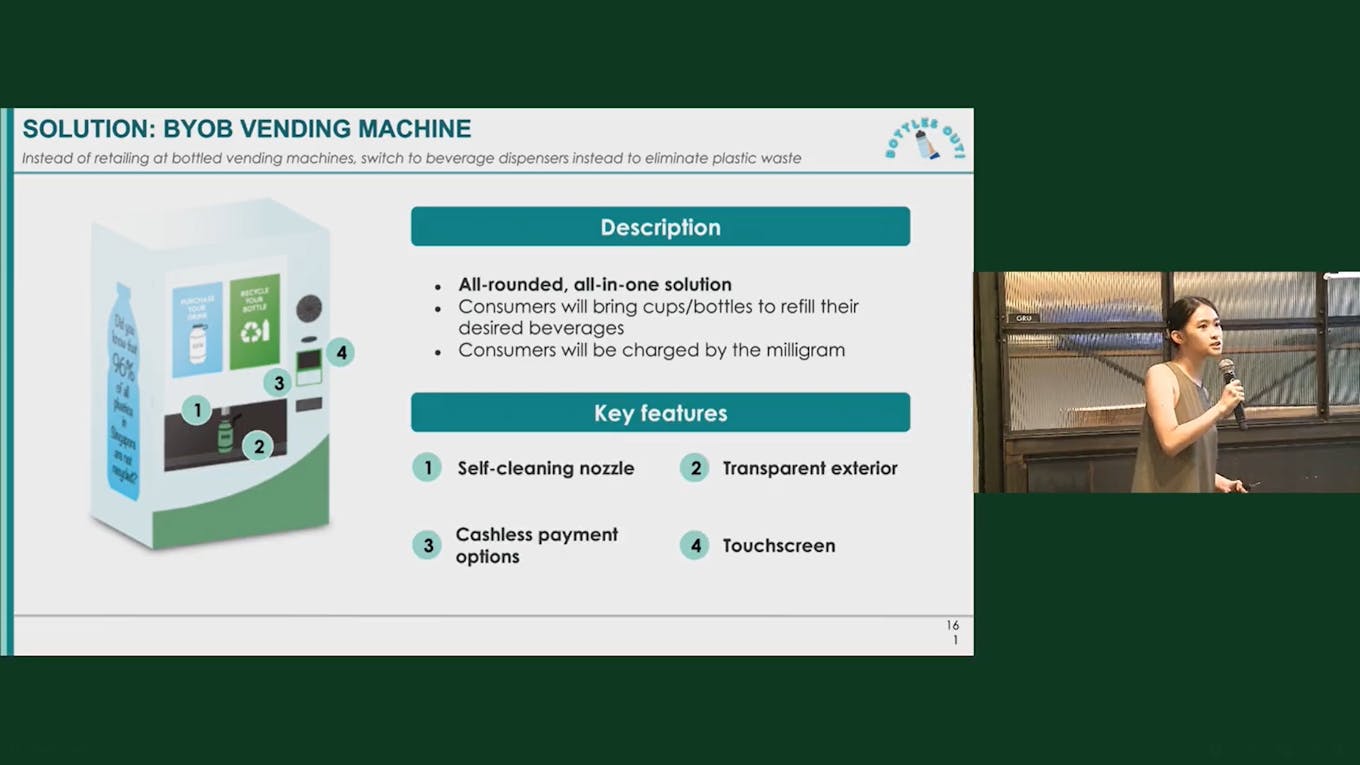 Third-year psychology and marketing undergraduate Illene Chow, 23, who is part of a four-student team exploring the use of vending machines for soft drinks, said it was an unexpected honour to be named among the winners.

“What if you could actually quench everybody’s thirst while also saving the Earth? That was how we came up with the vending machine idea,” Chow explained, adding that she is working towards deploying the machines in schools and office buildings.