Malaysian palm oil giant Sime Darby Plantation is opening itself to unprecedented scrutiny with Crosscheck, a new transparency tool that allows the public to trace palm oil down to the mill level, and inspect its supply chain for environmental violations and risks. 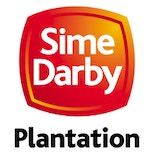 In an ambitious move towards a deforestation-free supply chain, Malaysia’s biggest palm oil producer Sime Darby Plantation (SDP) has launched a publicly-accessible database that allows anyone to trace the origin of its products right down to the mill in which they are processed.

The online platform, Crosscheck, was unveiled in Kuala Lumpur on Thursday last week and allows consumers, buyers, investors, and conservation groups to examine SDP’s supply chain with a level of transparency that is unprecedented in the industry,  according to the company.

“People around the world are concerned about the rapid rate of deforestation, and that the palm oil industry is a contributor to it,” Sime Darby Plantation’s managing director Mohd Bakke Salleh told the audience at the Crosscheck launch held at golf club TPC Kuala Lumpur.

“As a leading producer of sustainable palm oil, deforestation concerns us too,” he added. “We take our role in being part of the solution seriously.”

With plantations across Malaysia, Indonesia, Papua New Guinea, Liberia and the Solomon Islands, Sime Darby is the world’s largest oil palm plantation by planted area, and produces about 4 per cent of global crude palm oil. The company also has downstream operations across 14 countries.

The Crosscheck database, designed to assure buyers of SDP’s commitment to complying with its No Deforestation, Peat and Exploitation (NDPE) pledge, maps out the locations of SDP’s 13 refineries and the 691 mills which feed them. The owners of the mills, which are mostly independently-owned, are also disclosed.

The maps of the refineries and mills can be overlaid with ‘risk maps’ comprising third-party data about land zones in need of protection, such as high carbon stock forests, as well as the habitat of species like orangutan, tigers, and elephants.

The platform also displays satellite images, which show whether forests around a mill are being cleared. As mills typically process palm fruits within a radius of 50 kilometres, these maps make it possible to detect if mills are processing oil palm from unsustainable or illegal deforestation-linked plantations.

Simon Lord, chief sustainability officer, SDP, said that Crosscheck was an effort to “shed light where there is currently a shadow”, but acknowledged that this single-company initiative would ultimately not be enough to transform the commodity’s troubled global reputation.

“It will take an industry-wide transformation towards sustainability to change global opinion about palm oil,” said Lord, adding that perception challenges cannot be tackled by facts and figures alone.

As awareness grows about palm oil’s environmental impact, consumers and major palm oil buyers alike are demanding that the oil comes from sustainable sources, and are threatening sanctions if producers fail to meet these expectations.

The latest blow to the industry from the European Union, seeking to restrict the use of palm oil in biofuels over environmental concerns, has been met with alarm in countries like Malaysia, where palm oil is one of the country’s biggest revenue-earners.

Trust and credibility have to be built, and transparency is the first step towards that, Lord remarked. “Crosscheck will build on its environmental monitoring features and soon include issues such as worker exploitation and community consent,” he added.

Lord also noted that this platform is only part of SDP’s approach to solving environmental and social challenges, and real change will have to come from changing practices on the ground. For instance, SDP has already suspended three mills which were unwilling to rectify issues, and plans to use Crosscheck to continue enforcing its policy and engaging suppliers.

“It’s one thing to flag issues up, and another thing to address them,” he said.