Merah Johansyah, coordinator of the Mining Advocacy Network, said the amount of rice already determined to be lost due to mining is equivalent to the country’s annual rice imports.

“If things were managed properly, we wouldn’t need to import rice anymore,” said Johansyah at the report launch in Jakarta. 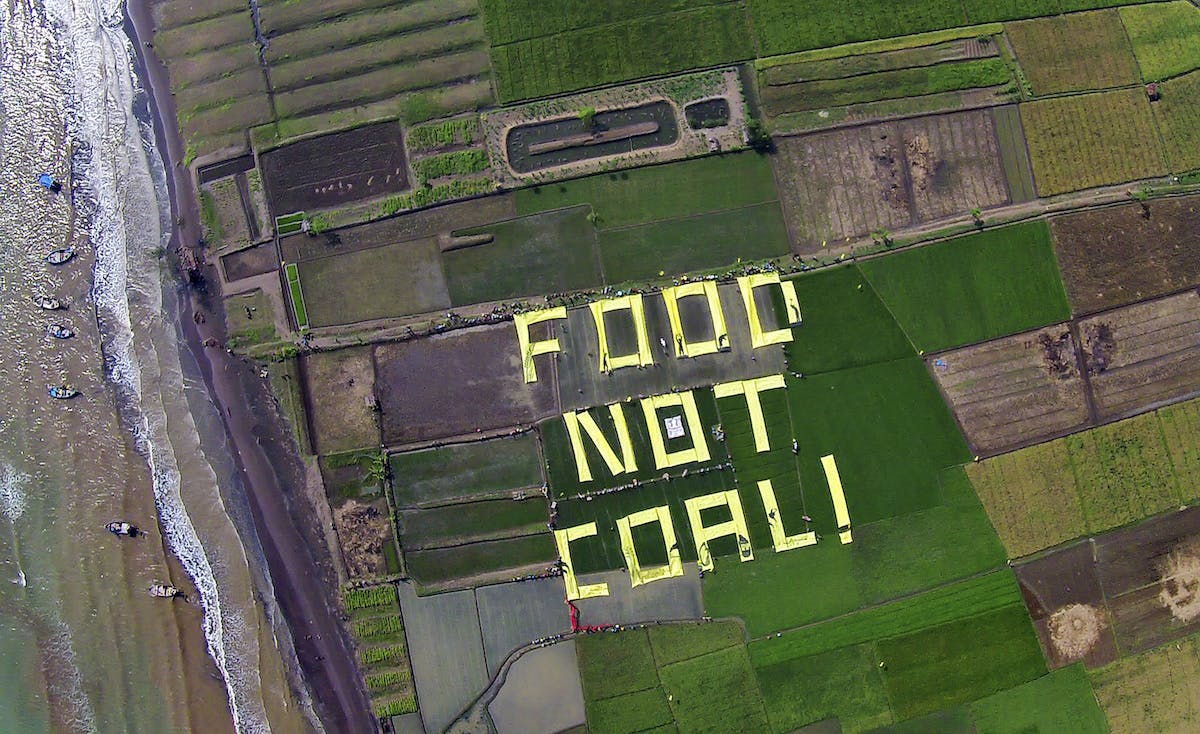 Activists send a message in the middle of Ponowareng village rice fields to show their opposition to a coal-fired power plant in Batang, Central Java. Image: Greenpeace via Mongabay.com

“This is only rice, we have yet to report on other crops,” said Johansyah, who called for a moratorium on mining in agricultural land.

The regulation allows it and there’s no water quality monitoring as there are no standards.

The impacts of mining

Mines reduce available ground- and surface water and pollute these vital resources with acidic drainage and heavy metals. Villagers living near coal mines reported having no option but to use mine pit water for washing, bathing, irrigation of crops and fish farming, and told researchers their rice yields were consequently reduced by 50 per cent and fish production by 80 per cent.

The researchers also analysed water samples from 17 coal mining sites and surrounding waterways. All but two were found to have concentrations of aluminum, iron, manganese and/or pH balances likely to have an impact on crop production and fish farming.

For example, water samples taken from the largest mining site in East Kalimantan were found to have aluminum concentrations that exceeded by 21 times, and iron by 119 times, the US Environmental Protection Agency’s maximum recommended concentrations for freshwater aquatic life. 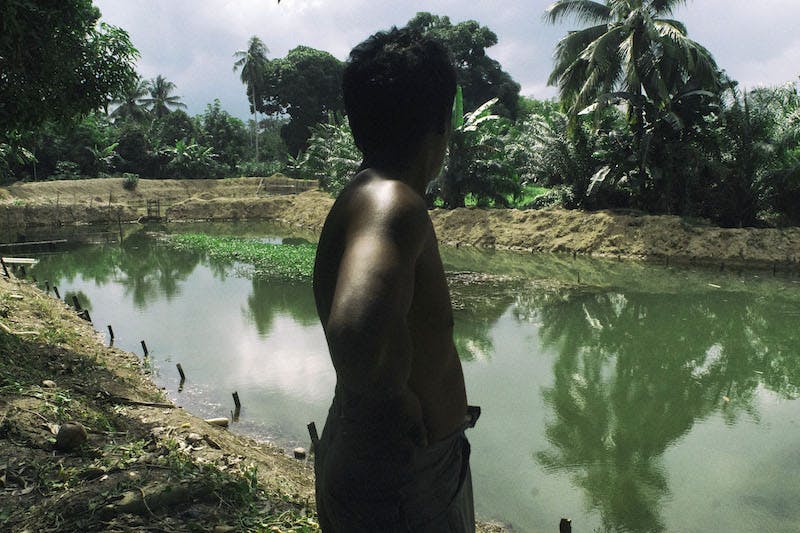 Budi Haryanto, an environmental health expert at the University of Indonesia, said the minerals tested for — iron, aluminum and manganese —are required by the human body, but can be harmful above certain levels. “They found that these minerals exceeded standards,” he said, adding that coal contains additional damaging substances beyond those examined in the report.

According to the study, aluminum toxicity has been linked to neurological diseases such as Parkinson’s disease, amyotrophic lateral sclerosis, and Alzheimer disease.

High concentration of aluminum in water can also be deadly for fish.

In plants, aluminum toxicity can reduce root systems, induces a variety of nutrient-deficiency symptoms and decreases yields. Iron toxicity causes similar problems, potentially resulting in poor plant growth and severe yield reductions at concentrations above 10 parts per million (ppm). For aquatic life, iron has been found to be harmful at concentrations as low as 1ppm.

“It turns out that there are no standards for heavy metals contamination in water used for agriculture, Johansyah said.

On the contrary, he added, Indonesian law allows abandoned mining sites to be used for housing, tourism, water and cultivation.  “The regulation allows it and there’s no water quality monitoring as there are no standards,” he said. “There are regulations on water standards for agriculture but they do not give specific numbers.”

Haryanto emphasised that the factors examined in the report represent just a small fraction of the health and environmental dangers coal can cause.

“It means that you need to push it farther [from humans]. That’s how it should be regulated. There should not be water pollution or river pollution,” he said. “They [mine pits] should be buried, not turned into housing or containing water or parks.”