Climate change will impact Philippines' ability to feed its people

Farmers and their families bear the greatest brunt of food insecurity and malnutrition in the country as prolonged droughts and extreme precipitation affect their crop yields.

Climate change is altering production systems and compromising food security and nutrition for millions of people in the Philippines, according to the United Nations Food and Agriculture Organization (UN FAO).

José Manuel Fernandéz, FAO’s country representative in the Philippines, said that amid an annual population growth rate of 1.5 per cent, the Philippines now have an estimated 105 million people, the 13th biggest population in the world. This means a bigger threat to food security in the country.

He noted that globally, the total production should increase by about 60 per cent by 2050 to produce enough food for the world’s growing population. 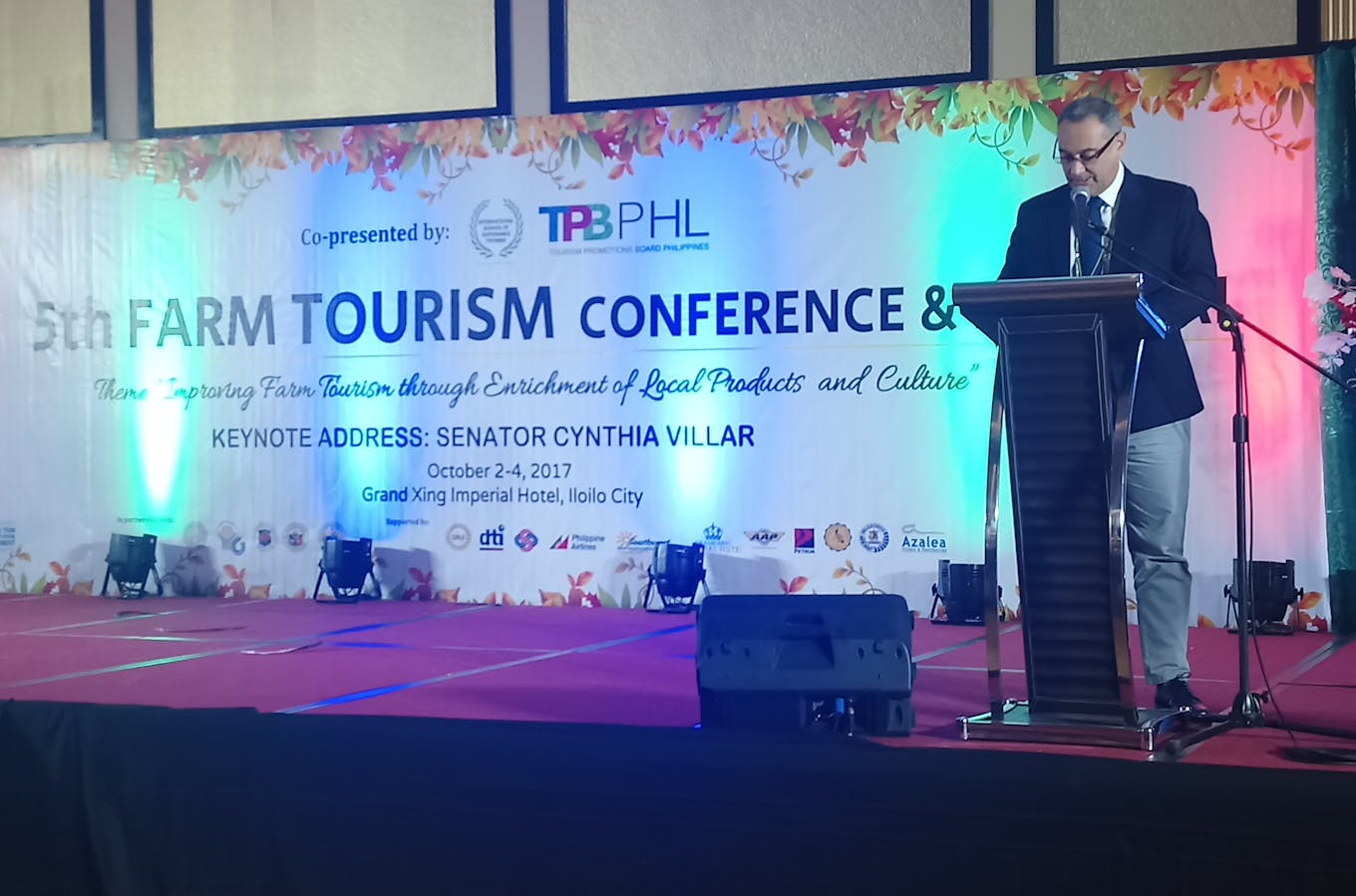 Ironically, Filipino farmers who labour in the fields to produce food bear the greatest brunt of food insecurity and malnutrition.

Ludovico Gagante, a farmer from the island province of Guimaras in central Philippines, used to harvest crops three to four times in a year. The harvest from their one-hectare land is usually more than enough for his family’s consumption. However, with climate change, one successful cropping season is even hard to achieve.

“There’s either too much heat or too much rain that ruin our crops,” he said in vernacular. Prolonged heat results to the proliferation of pests, destroying their crops. If not the heat, there’s also too much rain drowning their plants.

With the uncertainty of a fruitful harvest, the 47-year-old farmer has been forced to wear too many hats at the same time—as a construction worker, labourer, helper, among others. Most of the time, his earnings from these jobs are still not enough to feed his eight children.

Gagante is not alone in this struggle. Farmers across the Philippines have been suffering extreme weather events due to climate change.

There’s either too much heat or too much rain that ruins our crops.

From September 22 to 30, heavy rains and flooding damaged 917 hectares of rice lands in the province of Negros Occidental in Western Visayas region. The disaster affected around 800 farmers in the six towns of the province, data from the Department of Agriculture Regional Field Office 6 (DA-RFO VI) showed.  The damaged amounted to PhP11.4 million or over US $222,000.

The Western Visayas region, the third biggest rice producer in the country, also suffered from the long-term drought in the past years.  The El Niño phenomenon which hit the region from October 2015 to May 2016, affected some 90,000 farmers in the provinces of Iloilo, Capiz, Antique and Guimaras.

The eight-month drought damaged crops in more than 80,000 hectares farmland which resulted to more than PhP2 billion or US$40 million in losses. The drought has also affected farmers and crops in the provinces of Quezon, Camarines Norte, Samar, Laguna and Mindoro.

This year’s Global Food Security Index (GFSI) showed a decline in the Philippines’ ranking. From 74th, it dropped to 79th among 113 countries based on the data released by the Economist Intelligence Unit (EIU).

With a score of 47.3 out of 100, the Philippines trailed behind other countries in Southeast Asia, such as Thailand and Indonesia.

The global index measured the three core issues of food security: affordability, availability, and quality. This year’s index also included the natural resources and resilience factor of each country.

It measured the country’s vulnerability to the impacts of climate change and its adaptation capacity. The Philippines with a score of 52, ranked 101 among 113.

Based on the latest National Nutrition Survey of the Food and Nutrition Research Institute (FNRI) of the Department of Science and Technology (DOST), malnutrition rate in the Philippines is also increasing, especially among children.

The Philippines’ malnutrition rate or stunting among children under-5 years old has increased to 33.4 per cent from just 30.3 per cent in 2013, the report said.

With climate change, FAO’s Fernandéz said farmers should be educated on how to become climate resilient.

He said climate-smart practices such as crop diversification and introducing drought-tolerant crop varieties can be implemented.

“Producing diversified crops will help improve the diet of the family. Children will be given diversified and nutritious food,” he said.

Karen Bermejo is a freelance journalist based in Boracay Island, Aklan, Philippines. She has written for different local publications in her six years in the profession. Currently, she is a 2017 Southeast Asia Fellow for Climate Tracker, a global network of climate journalists.