The American former renewables executive described as an 'eternal optimist' by colleagues died age 41. The Singapore-based startup he founded in 2018 is to continue operations.

Reilly conceived the idea of a cup reuse system while on a plane from Bali to Shanghai in 2018, and the platform, with a mission to end single-use plastic containers has since established operations in Singapore, Hong Kong and Toronto.

In a statement on Facebook, the company said it had “lost a star from our sky.”

“As a team we remember him for his eternal optimism, his energy, his belief in the best of everyone. He drew people to him and to Muuse and gave this project the ability to fly.”

“Revolv, and then Muuse, was his baby, and he carried so much passion for the project of reuse. He loved the company and the mission and we have so many wonderful memories of him, Revolv/Muuse cup in hand, scoot suit on, loving life.”

“Rest peacefully Brian. We’ll be borrowing a cup in your honour today.” 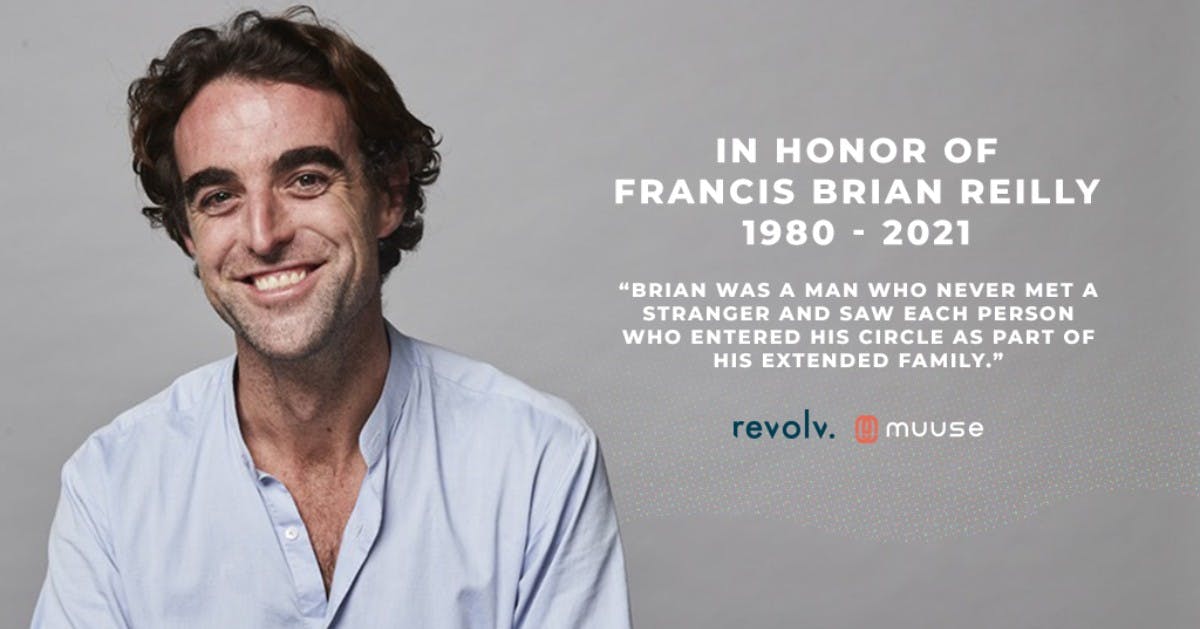 A tribute to Reilly posted on Facebook by Muuse. Image: Muuse

In another statement shared with Eco-Business, Muse described Reilly as “an eternal optimist” who was passionate about reuse and “always believed in the best of everyone.”

“We will miss him, and remember him, as we continue driving Muuse forward to make reuse a reality,” the company said.

Reilly was born in Somerville, New Jersey and started out his career in renewable energy.

In 2002, he led a college initiative to measure wind energy potential at the Middlebury Snow Bowl ski mountain, which led to the installation of meteorological towers and wind monitoring equipment that is still in use today.

He started out his career developing large-scale wind energy projects in North America, and pivoted to solar energy in 2010. He helped to build and direct the renewable energy team for United States power firm NRG, and later moved to India and China to work in solar energy.

He founded Muuse, formerly known as Revolv, in 2018, and the startup was a finalist for sustainability innovation competition, The Liveability Challenge in 2019. Muuse aims to drive a circular economy for food and drink takeaway and delivery containers, enabling customers to rent drink cups and food containers and avoid single-use plastic.

Muuse has faced numerous challenges in operating in a pandemic, such as the closure of many retail outlets in the markets where it operates, and some brands withdrawing bring-your-own container schemes because of the perceived contagion risk. The company said that it will continue operations, despite the passing of its founder.

Muuse chief operating officer Jonathan Tostevin will take on the role of CEO.