Be afraid—11 scary facts, stats and lies about our planet this Halloween

From drowned cities and the collapse of ecosystems to the terrifying ignorance of politicians, here are some of the most frightening things that are happening to this planet we call home.

There’s nothing like a bit of terror to wake people up to what’s going on in the world.

The most frightening piece of news of the year (so far) was the recent report from the Intergovernmental Panel on Climate Change (IPCC) that revealed that humanity has a little over a decade to dramatically reduce greenhouse gas emissions before the climate starts to go seriously crazy. 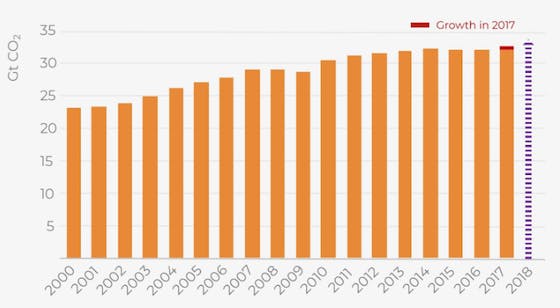 Scarier still, humanity doesn’t seem to care. We continue to pump carbon dioxide into the atmosphere, dump plastic in the ocean and cut down trees at an unprecedented rate. “The chances of co-operative action seem near zero in today’s nationalistic world. One need only consider the response to the IPCC report—essentially a collective yawn—to realise that,” wrote Martin Wolf, chief economics commentator at the Financial Times last month.

But the IPCC report, and the world’s lack of response to it, is not the only reason for us to run for the hills. With Halloween upon us, Eco-Business presents 11 things that should scare us to our senses.

1. Shanghai, Bangkok, Manila, and Jakarta will be scuba-diving destinations in 80 years 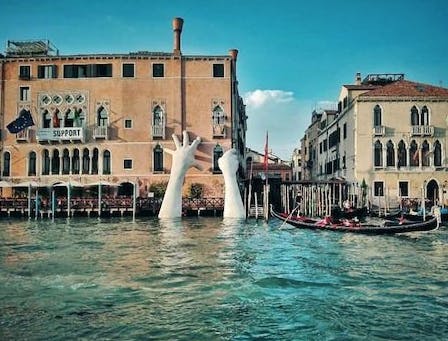 Many of the world’s great cities will be underwater before the end of the century, if global warming is not limited to 1.5 degrees Celsius. London, Shanghai, Bangkok, Houston, Miami, Osaka, Jakarta, Manila, Dhaka, Venice, New Orleans, Rio De Janeiro, and Lagos could all be scuba-diving destinations for disaster tourists by 2100. Scarier still, these cities are growing rapidly—60 per cent of humanity will live in cities by 2030.

2. Climate change will destroy all wealth

If the world warms by 3.7 degrees Celsius, the cost in damage will run to US$551 trillion, more than all the wealth that exists in the world today in property and land.

A warmer world will mean more people taking their own lives. A study published in Nature found that after a 1 degree C rise in temperature in the United States and Mexico, the suicide rate rose by 0.7 per cent and 2.1 per cent, respectively. As global temperatures continue to rise, there could be 9,000 to 40,000 additional suicides in the US and Mexico alone between now and 2050. This is equivalent to the number of suicides that follow an economic recession. 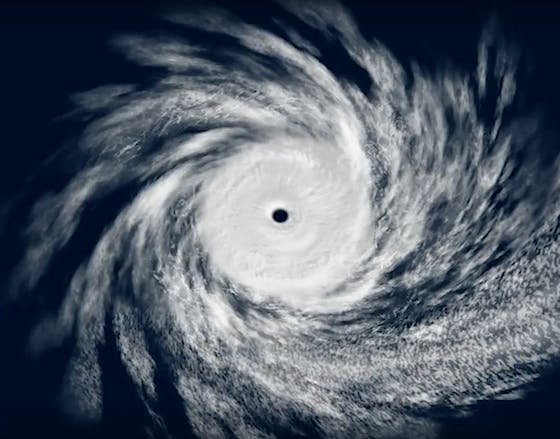 Climate change is creating a new breed of hurricane. Caused by rising sea temperatures, hurricanes of the future will be stronger, slower, wetter and more catastropic. By 2100, if global warming continues at the current rate, Typhoon Haiyan, which caused US$4.5 billion in damages and claimed 6,300 lives with 300 kilometres per hour winds when it savaged the Philippines, South China and Vietnam in 2013, could seem like a fart in the wind compared to the horror hurricanes to come over the next 80 years.

Warming seas will mean that some marine animals will creep polewards. So venomous creatures such as lion fish, crown-of-thorns starfish, and box jellyfish, which is responsible for about 100 human deaths a year, become more abundant as their ranges change. 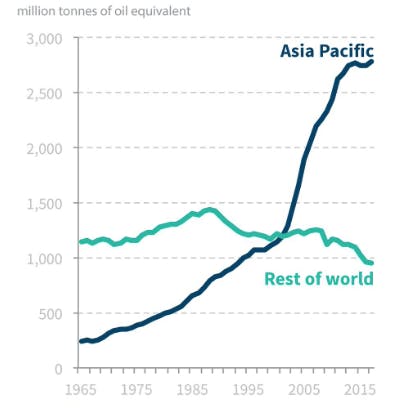 A scary idea is gathering momentum among Asia’s influential defenders of coal—that the fossil fuel is somehow “green.” Building supercritical coal-fired power plants that burn less coal and produce lower emissions can make coal sustainable, Harold Tjiptadjaja, the head of infrastructure investment for one of the world’s most enthusiastic builders of coal plants—Indonesia—said in September. A few weeks later, Melita Obillo, director of the Energy Resource Development Bureau of the Philippines, made the same argument.

Which is not true. Coal is the single biggest contributer to greenhouse gas emissions globally, no matter how you burn it.

Coal use in Indonesia, Vietnam, Malaysia, Thailand, Philippines, Taiwan and Pakistan has jumped by 45 per cent over the last decade, while scientists are telling us we can only burn a third of the coal we’re burning now or change this to must cut coal use by 2/3 to hold global warming to 1.5 degrees C.

7. The sunniest places on earth are “unsuitable” for solar.

The United States is famous for its powerful fossil fuel lobbyists (that outspend green lobbyists by 10 to one) and the scary views of its president, who once said that climate change is a China-made hoax and polar bears are making a comeback. But what about leaders in Southeast Asia?

A senior executive at Malaysia’s national electricity company, Tenaga Nasional Berhad, recently told Eco-Business that Malaysia, which is the world’s third biggest manufacturer of photovoltaic cells, is “not suitable” for renewable energy—because it has a rainy season.

Near-equatorial Malaysia has year-round sunshine and, like the rest of Southeast Asia, is twice as sunny as Northern Europe. Yet Southeast Asia is the world’s laggard for renewable energy. Go figure.

8. The collapse of ecosystems is beginning 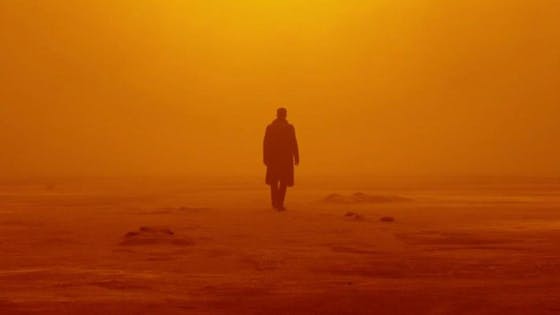 The collapse of eco systems as depicted in the 2018 film Bladerunner 2049.

Species of plants and animals are disappearing between 1,000 and 10,000 faster than the natural extinction rate thanks to humans. The most conservative estimate is that 200 species are going the way of the dodo every year. Worryingly for us, the rate at which we’re killing wildlife is destroying the web of life on which humanity depends.

A report from World Wide Fund for Nature (WWF) released on Monday found that, thanks to the human appetite for resources and food, 60 per cent of all mammals, birds, fish and reptiles have been obliterated since 1970. The destruction of nature is as dangerous as climate change, and climate change threatens to wipe out one in six species. The warmer it gets, the more lives will be lost, and the closer we’ll get to the vision of ecosystem destruction depicted in the 2018 film Bladerunner 2049.

9. The soil is dying 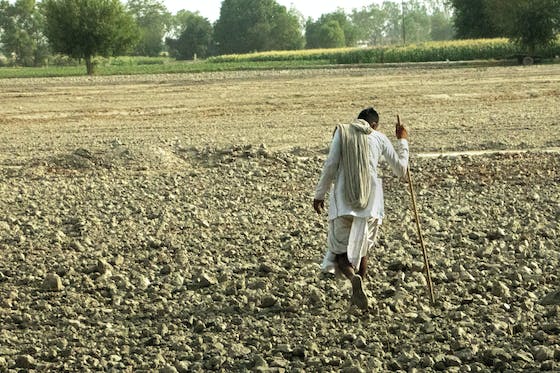 A quarter of the Earth’s surface—land that could feed 1.5 billion people—has already been lost to erosion, deforestation, and poor farming techniques. We only have 60 years of harvests left before the world’s soils can no longer support life, according to the Food and Agriculture Organisation of the United Nations.

10. A truck load of plastic is dumped into the ocean every minute—and polluters don’t care

For every square mile of ocean, there are 46,000 pieces of plastic floating on the surface, according to UN Environment. Plastic pollution has reached the deepest depths of the ocean, the Earth’s last wilderness, Antarctica, and plastic was recently found in human faeces, confirming what we already knew, that it has entered the food chain.

But the scariest thing about plastic pollution is that the companies responsible aren’t doing much about it. Last week, a consortium of the world’s biggest plastic polluters, which included consumer goods giants Coca-Cola, PepsiCo, Procter & Gamble and Unilever, and chemicals colossus Dow, pledged to fight plastic pollution in Asia—with a fund worth US$90 million. That’s 0.03 per cent of these companies’ combined annual revenue to tackle a problem of their creation that costs US$13 billion a year in environmental damage.

Perhaps the most frightening thing of all is that people in the world’s most powerful country believe the climate-denying propaganda that’s regularly trotted out on TV stations like Fox News. Such as host Brian Kilmeade’s claim that man-made climate change is just a point of view. Or that all science is wrong. Or that climate change is no longer important and has “jumped the shark”. Or this segment from September, in which a metereologist is brought on the show to argue that there has not been an increase in extreme weather, and hurricanes are not caused by climate change.

Scared yet? What do you think is the scariest thing that’s happening to our planet? Let us know. Leave a comment.