Why biodiversity loss is scarier than climate change

Much progress has been made at working out how much climate change will cost humanity. Less is known of the value of biodiversity. This is essential to safeguarding the environment and mankind, argues the head of WWF.

While the plight of tigers, sharks and rhinos may be sad, does it really matter to mankind if these species go extinct? Should we care if the only way to see these beasts is in a zoo or aquarium, or if they go the way of the Dodo?

Preserving these species is not only in the interests of zoologists and animal lovers, it is essential to safeguard the future of our own, says Marco Lambertini, director-general of environmental group World Wide Fund for Nature, also known as WWF. 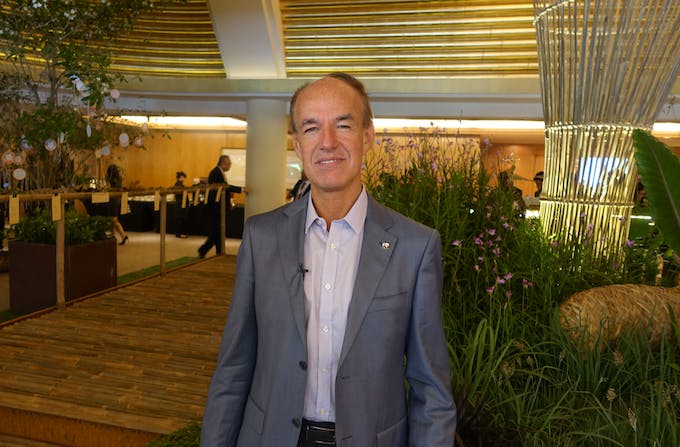 Talking to Eco-Business on the sidelines of Ecosperity, an annual sustainability conference held by Singapore investment firm Temasek, Lambertini pointed out that nature has an intrinsic, intangible value that cannot be measured.

A price tag cannot be placed on the feeling of wonder on seeing, say, an eagle soaring over a hillside, or the sense of calm one feels when strolling through a forest, although “forest bathing” - the act of simply being in a forest - has been a recognised healing method in Japan since the 1980s.

Calculations can be made about the value of individual animals, for example, an African elephant might be worth around US$2 million a year in tourism value, and a whale shark in the Philippines a similar amount, estimates Lambertini. But it is harder to work out how much an ecosystem is worth.

“A forest is not just a piece of greenery,” says Lambertini. “It’s a network of animals and plants all working together to make the forest a living system that produces oxygen, regulates water and retains the soil for us. It’s hard to put a price on that.”

The cost of loss

Although it is more difficult to work out how many species of plants and animals there are on Earth than stars in the sky, says the World Resources Institute, the rate of species loss can be more reliably measured.

It is estimated that 150 to 200 species of plant, insect, bird and mammal go extinct every 24 hours. This, Lambertini observes, is almost 1,000 times the natural rate of extinction, and the fastest rate of species loss since the demise of the dinosaurs 65 million years ago.

WWF’s Living Planet report from 2016 showed that of 3,706 wildlife populations around the world, 60 per cent have disappeared in the last 40 years.

“We need to work out the invisible value of nature,” says Lambertini. “We cannot have a prosperous society in a depleted planet.” 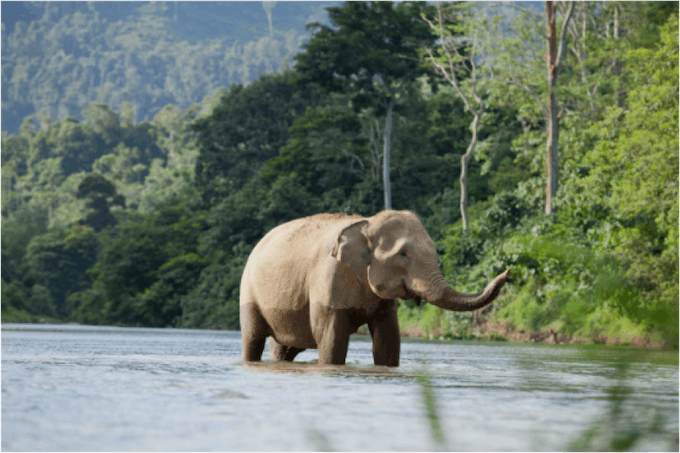 Populations of Sumatran elephants have dropped dramatically over the last decade

The numbers behind the impact of this decline are stark. According to a report from the United Nations-backed Business and Sustainable Development Commission launched at Ecosperity, biodiversity loss in Asia could reduce gross domestic product globally by 18 per cent by 2050, up from just over 3 per cent in 2008.

The reason for the decline is that, for most of the two million years that humankind has been around, “we’ve taken nature for granted. Fruits were there to be picked, fish to be fished, game to be hunted,” says Lambertini.

“Only in the last 50 years, because of the demographic and technological boom, we’ve realised that these resources are not infinite. Using them up will massively affect economic and social stability.”

People and companies must go from being “grabbers” of natural resources, to being stewards and managers of nature. “That’s a big cultural transition to make, but it’s not easy,” he says.

A study in 2014 by ecologists found that the services provided by nature, such as trees filtering air and water, plants storing carbon, insects pollinating crops and the mental health benefits of green spaces, were worth US$125 trillion to US$145 trillion a year. The study also found that losses from land use change amounted to US$4 to US$20 trillion a year.

The services provided by nature are now increasingly being valued because they are becoming less reliable and less available, says Lambertini. The deforested areas of Sumatra in Indonesia, for example, are experiencing much less precipitation than they used to, because the forest has gone, he notes.

We need to work out the invisible value of nature. We cannot have a prosperous society in a depleted planet.

Even mining companies are starting to invest in conserving forests upstream because they are such big users of water.

But the agricultural sector, which uses 70 per cent of the world’s fresh water, is far behind, and moving much slower towards recognising its own dependence on nature, notes Lambertini.

“We need to be able to plan agriculture in a way that incentivises high yields instead of just using more land,” says Lambertini, whose comments came on the same day that the chairman of the Indonesia Investment Coordinating Board, Thomas Lembong, told delegates at Ecosperity that years of deforestation and haze had been caused by low productivity on the part of Indonesia’s agroforestry industry.

“We need to produce more food with less of everything; water, land and energy. We need to get the right balance of where we produce and where we protect,” says Lambertini. “The forest provides water regulation, pollination and local microclimate and precipitation services.” 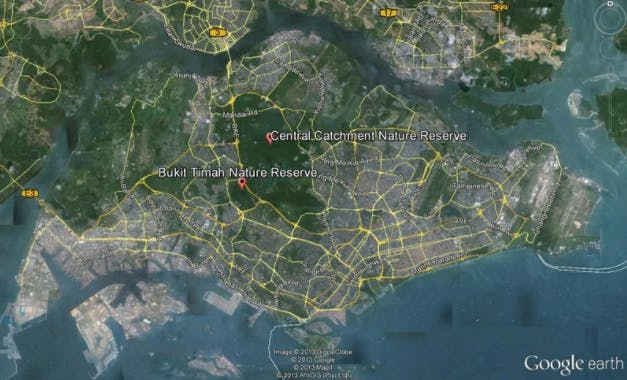 Cities depend on the water regulated by forests, and Lambertini points to Singapore as a country whose water supply is reliant on the Central Catchment Reserve, a small patch of forest surrounding a lake that also holds the richest of Singapore’s biodiversity.

“The reason there are still trees in the middle of the island is because of their function to regulate water for the city. Municipalities are beginning to preserve forest areas because of the services they provide,” he says, at a time when Singapore’s remaining forests - which make up just three per cent of the city-state’s land area - face ongoing threats from construction and development.

Reason to be optimistic

Though ecosystems face increasing pressure from human development, the head of an organisation with 5 million followers says he is optimistic.

“It couldn’t be a better time. I’ve never seen a stronger response to the ecological crisis than now, both from government and business,” says Lambertini, who has been a conservationist for the last 45 years, taking the top job at WWF three years ago, moving across from BirdLife International, where he was chief executive.

But there is a long way to go. While climate change has entered the mainstream of political thinking and is now used by corporates to assess business risk, biodiversity is treated as largely an irrelevance.

Biodiversity loss is even scarier than climate change.

“It’s extraordinary how climate change has in the last 10 years surged to top of the political agenda and is used in business risk assessment. With the [Donald] Trump announcement about [the United States pulling out of the] Paris [Agreement on climate change], 80 per cent of big businesses in the US stood up and complained,” says Lambertini.

“Climate change is now considered a serious issue and a dangerous issue, for society, for business, for everything.”

“With climate change we’re not there yet, but we’re on the right track. With biodiversity, we’re nowhere near,” he says.

“The concept [of biodiversity] is too remote, too esoteric, too intangible. People don’t connect. And yet people are sad when they hear about extinctions, or the decline of animal populations, or deforestation - but they’re not worried.”

That’s the difference with climate change, says Lambertini, while acknowledging that the two issues are often interlinked, for instance climate change leads to coral bleaching, which in turns leads to biodiversity loss.

“We need to make biodiversity loss and nature loss a serious issue, an issue that people are afraid of,” he says. “We are scared of climate change, but the loss of nature is “even more scary,” says Lambertini.

“If we lose the oxygen that comes from the ocean and the forest, then we really are doomed. There’s no doubt about that.”

The struggle for environmentalists, says Lambertini, is to find ways to connect biodiversity - the foundation of ecosystems - to the services people enjoy every day.

“That’s the challenge. I am optimistic that we won’t ignore that challenge, and make nature as a big an issue as climate change.”