An African COP will be beneficial to the Philippines: experts

As the Philippine delegation presses for funds to pay for the loss and damage caused by extreme weather events, climate negotiators weigh in on why it is in the country’s best interests that the biggest annual climate-related negotiation is held in a developing region.

An African country as host and president of this year’s most important climate conference is beneficial to developing countries like the Philippines, according to climate talks experts.

World leaders and climate negotiators have been convening this week for the 27th Conference of the Parties (COP27) to the UN Framework Convention on Climate Change in the resort town of Sharm el-Sheikh, Egypt to decide on critical measures needed to address climate change.

It is the developing world’s first COP since Marrakesh in 2016, as the climate summits rotate per region every year.

The Philippine delegation, led by environment secretary Maria Antonia Yulo-Loyzaga, will be pushing for rich countries to pay for the loss and damage caused by global warming-related weather events. A super typhoon hotspot, the country is still recovering from the onslaught of Typhoon Nalgae this month which resulted to 48 deaths from flooding and rain-induced landslides.

The interests of climate-vulnerable countries like the Philippines are likely to be promoted by a fellow developing state like Africa, said Vicente Paolo Yu III, a Filipino lawyer who is the chief arbitrator for the biggest negotiating bloc of low-income countries at the conference, the G77.

The bloc includes 134 developing countries, including the Philippines.

With the issue of the funding needed to address loss and damage included for the first time in an agenda agreed upon by the global community, Yu said this year’s conference may shape up to be the “implementation COP” that the host country vowed it would be.

Unlike Glasgow where they pushed for pledges and promises, this COP is expected to deliver concrete outcomes.

“Unlike Glasgow where they pushed for pledges and promises, this COP is expected to deliver concrete outcomes,” Yu told Eco-Business. “This time we are seeing movement on the loss and damage issue.”

Yu said the loss and damage agenda is focused on setting up a funding facility for needy vulnerable nations when climate disaster strikes. The summit will also finalise the Santiago Network, first established in the Madrid conference in 2019, which is a network that will catalyse technical assistance from various sources and channel them into low-income countries.

Being a climate negotiator for 15 years, Yu said previous conferences did feature loss and damage, but it was only centred on how to reduce emissions and adapt to climate change.

“The difference here from the other COPs is that there is now board recognition that we can no longer avoid staring climate impacts in the face,” he said. “That’s why loss and damage is front and centre. It wasn’t before.” 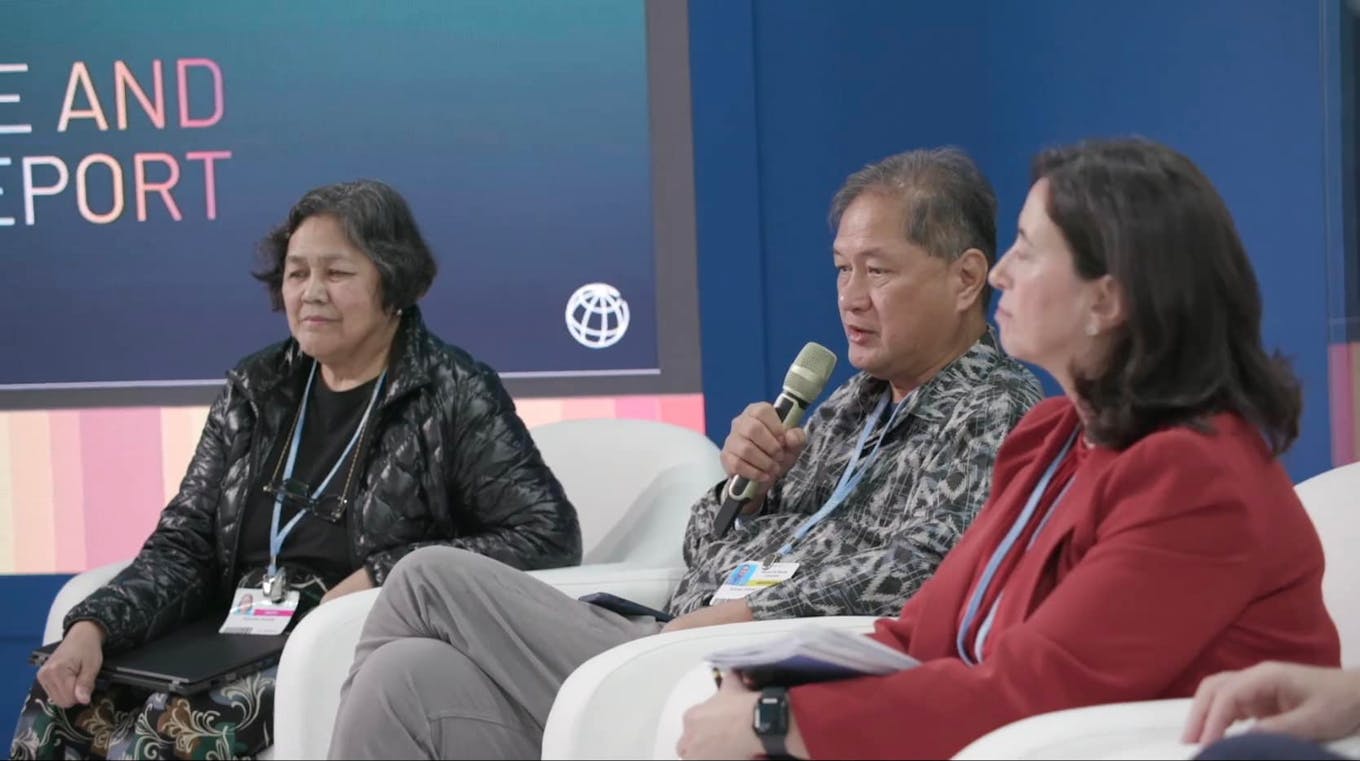 Some members of the Philippine delegation discuss how the country will reach its sustainable development goals in a side event at COP27 on 9 November, 2022. From left, department of agriculture undersecretary Merceditas Sombilla, and Dr Antonio La Viña, associate director for climate policy and international relations, Manila Observatory. Image: World Bank

Another climate talks expert who has been advising the Philippine delegation for the past two decades said emissions avoidance will also take the spotlight in the following days because Egypt understands the climate vulnerabilities of low-income states.

“Noting developing countries’ experience of being shortchanged in the past COPs hosted by developed countries, Egypt is by far the best choice we can hope for, noting what’s at stake at this COP, which is the emissions avoidance value for developing countries,” said the veteran Filipino climate advisor who spoke to Eco-Business on the condition of anonymity.

Noting developing countries’ experience of being shortchanged in the past COPs hosted by developed countries, Egypt is, by far the best choice we can hope for, noting what’s at stake in this COP.

Emissions avoidance, where developing countries’ shift to clean energy should be supported by rich nations, not only through money but through technological transfer, was initiated in the Madrid talks.

The Philippines’ position ever since then was to include the concept in the Paris Agreement, but high-income countries have been resistant to give up their scientific know-how, especially since they are banking on developing countries becoming their primary markets to sell technology to, the source said.

The UN climate talks in Bonn, Germany held in June, which were meant to set the stage for COP27, saw growing support for emissions avoidance to be incorporated in the Paris Article 6 decisions, she said.

“This time in Egypt, certainly we are not backing down or tolerating the repeat of the Glasgow experience where our insertions on emissions avoidance were taken out insidiously by the Chair,” she added.