6 times when sustainability was almost funny in 2020

One of the most miserable years in living memory occasionally provided some light relief. Eco-Business remembers the times when sustainability amused us in 2020 (because if you didn't laugh, you'd blub into your face mask).

Even for the usually gloomy business of reporting on environmental and social issues, 2020 was a particularly bleak year. As if apocalyptic forest fires in the Amazon and Australia weren’t depressing enough in the early months of the year, a pandemic ensured that humanity had little to smile about for the rest of 2020.

Eco-Business tweets from the Overheard in sustainability account on the rare occasion that something funny happens in the topsy turvy world of sustainability, and the account has been as quiet as a self-isolating monk during lockdown this year, as death rates and ‘coronageddon’ have hogged the headlines.

But even as the world retreated into quarantine, donned face masks and ordered online deliveries in mountains of single-use packaging, there were a few things that made us slightly less miserable this year. Here are six of them:

While the impact of a pandemic that had killed more than 1.4 million people at the time of publishing is not to be sneezed at, climate change could make Covid-19 seem like a picnic in the park. Cartoonists and memeists might have done a better job than scientists to make that point this year.

“Be sure to wash your hands and all will be well.” Covid in context. Sources: The Economist, Mackay Cartoons, Raf Schoenmaekers, Seppo.net 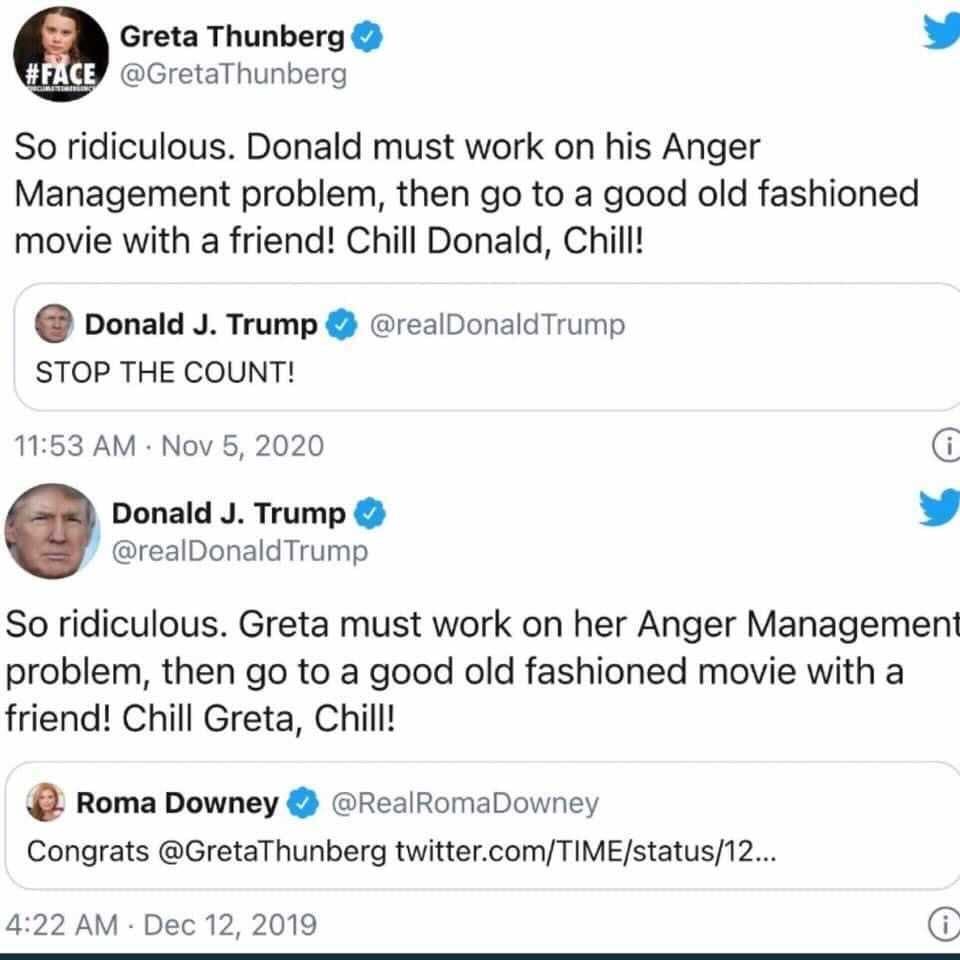 She patiently waited almost a year for revenge. Youth environmental activist Greta Thunberg was goaded on Twitter by United States President Donald Trump after she was named Time magazine’s Person of the Year in December 2019, an accolade that Trump was in the running for. Trump tweeted: “So ridiculous. Greta must work on her Anger Management problem, then go to a good old fashioned movie with a friend! Chill Greta, Chill!”

So when, in early November, Trump appeared to be losing the US elections and demanded a stop to the vote count as his chances of winning slipped away, Thunberg saw her opportunity to respond.

When Thailand announced a ban on single-use plastic bags at the end of last year, shoppers got creative with alternative means for ferrying their groceries about. 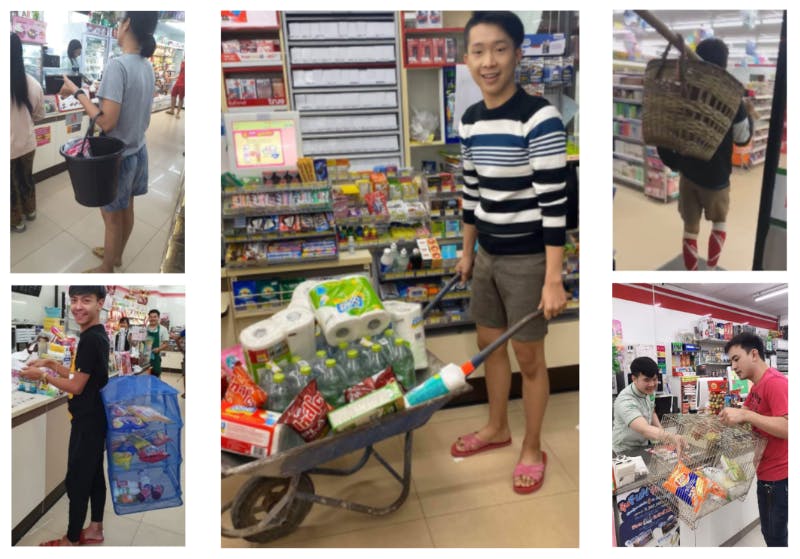 God keeps changing His mind about how to destroy Australia

After the worst bushfires in memory scorched Australia earlier this year, the rains came. This photo was taken in Hawkesbury, New South Wales, in February 2020. 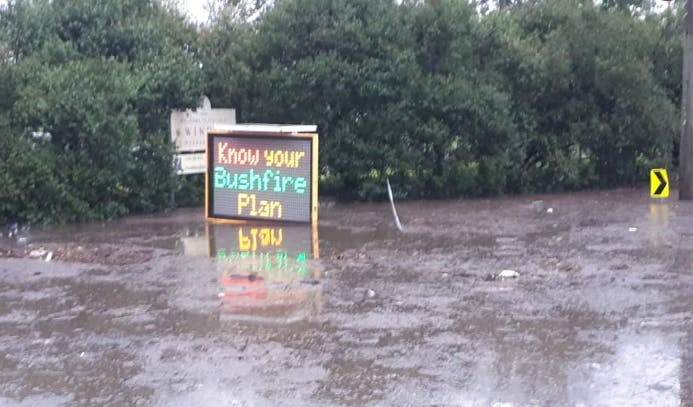 This photo was in Hawkesbury, New South Wales, in February. One poster pointed out on Twitter, “I’d laugh if I didn’t fear this will become commonplace in our lifetimes.” Image: Matthew Bennett

A tweet from the parody Twitter account of God summed up what Australians were thinking about their abruptly changing weather: “I keep changing My mind about how to destroy Australia.”

Oil major Shell showed its support for International Women’s Day this year by changing its logo slightly at one petrol station in the United States. It placed a tiny apostrophe in its name to spell “She’ll” to show how it was helping women. 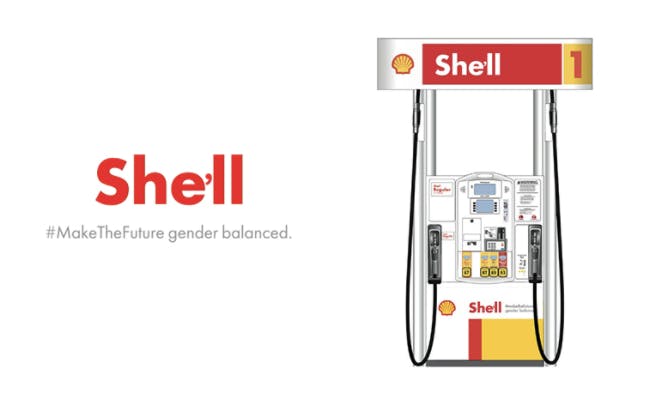 Shell’s International Women’s Day stunt involved placing an apostrophe in its logo at one petrol station in California. Image: Marketing

Cue the slow claps in social media. One Twitter user responded by pointing out how disproportionately climate change — which Shell contributes to by digging for oil — will affect women, while another remarked, “We live in S’Hell’. One netizen said sarcastically that Shell had beaten sexism with punctuation.

In February, a month before Covid-19 was declared a pandemic, animal rights group People for the Ethical Treatment of Animals (PETA) pointed out on Twitter that coronavirus is an anagram of carnivorous. The group was drawing attention to the link between the exploitation of animals and the source of the virus. “Coincidence? We think NOT!” the group tweeted, with an emoji of a masked person next to an emoji of a steak. 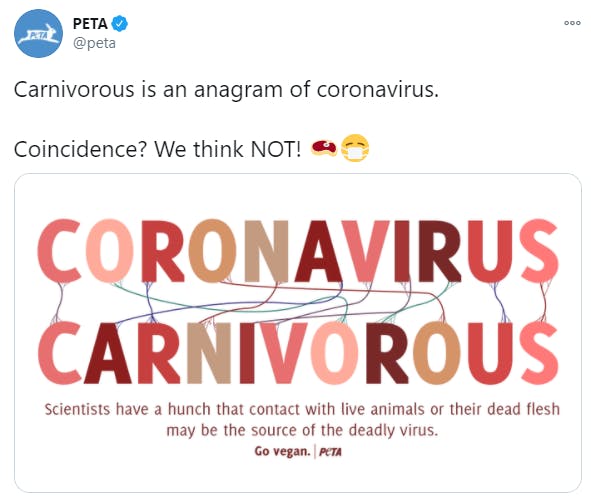 Peta explained: “Experts agree that the virus likely began at a “wet market” in China. When we interfere with wildlife or eat meat, we hurt animals AND put fellow humans at risk of getting sick. The UN has also found that 70 per cent of new human diseases originated in animals. Please go vegan!”