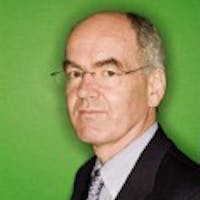 Founding Partner & Executive Chairman of Volans (2008 to date) also Co-founder of SustainAbility (1987-2008, where he remains a non-executive member of the Board) and of Environmental Data Services (ENDS, 1978), John Elkington is a world authority on corporate responsibility and sustainable development. In 2004, BusinessWeek described him as “a dean of the corporate responsibility movement for three decades.” His first involvement in the field: raising money for the newly formed World Wildlife Fund (WWF) in 1961, aged 11.

In 2008, The Evening Standard named John among the ‘1000 Most Influential People’ in London, describing him as “a true green business guru,” and as “an evangelist for corporate social and environmental responsibility long before it was fashionable.” In 2009, a CSR International survey of the Top 100 CSR leaders placed John fourth: after Al Gore, Barack Obama and the late Anita Roddick of the Body Shop, and alongside Muhammad Yunus of the Grameen Bank.

Volans, launched in April 2008, and is a future-focused business working at the intersection of the sustainability, entrepreneurship and innovation movements. Volans applies thought leadership and global networks across these areas to develop solutions for entrepreneurs, businesses, governments and investors.

Getting the jump on a White House weasel

Getting the jump on a White House weasel

Can the global C-suite break through?

Can the global C-suite break through?

Breakthrough wasn't built in a day

Breakthrough wasn't built in a day

How technology can expose bad business

How technology can expose bad business

A winning formula for businesses

A winning formula for businesses

Money, that's what they want

Money, that's what they want

Climate change: It's time for CEOs and mayors to join forces

Climate change: It's time for CEOs and mayors to join forces

Capital of the green economy

Capital of the green economy

Shining a LIGTT on breakthrough technology

Shining a LIGTT on breakthrough technology

R is for Resilience

R is for Resilience

Should 2012 be the start of a decade of sustainable capitalism?

Should 2012 be the start of a decade of sustainable capitalism?