US non-profit group Consumer Reports has given a rave review to Tesla Motors’s luxury sedan Model S P85D, saying it has set new benchmarks for the automotive industry. 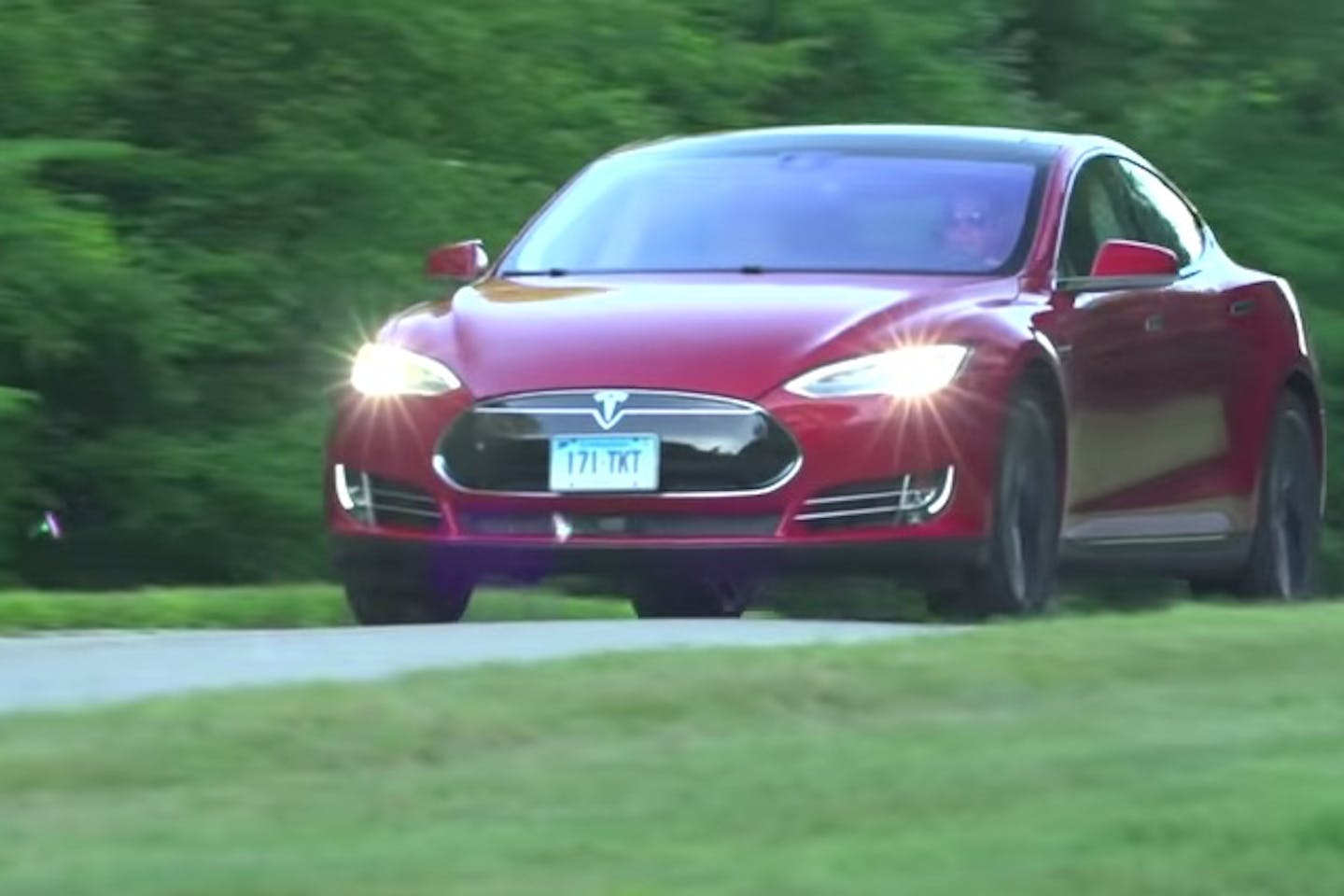 The United States-based organisation declared recently that the Model S P85D scored 103 on its road test, above its ratings system ceiling of 100, and had to change its scoring.

The EV has set a new benchmark for automotives, said the group, whether it is an electric or not, and its result is significant as electric vehicles have traditionally been regarded as inferior to traditional cars when it comes to performance.

Tesla has in recent years made significant inroads into EV technology and its latest model is a reflection of how much EV technology has caught up with their fossil-fuel powered counterparts.

“The P85D is brutally quick, with instant acceleration. The car’s thrust is forceful and immediate. Its near-instant g-forces can otherwise be achieved only by leaping off a building—literally,” the group said in the report.

The car accelerates from 0 to 60 mph in 3.5 seconds without an engine’s roar, and also has better braking and handling than the standard Model S, while being energy-efficient, the report added.

However, the ratings group said that - at its US$127,000 price tag - the car cannot be called a perfect car, given its interior materials that has not matched the opulence of other luxury brands.

Telsa announced last year a deal with Japanese electronics giant Panasonic to construct a large-scale battery manufacturing plant near Nevada in the United States, known as the Gigafactory.

According to the agreement, Tesla will prepare, provide and manage the land, buildings and utilities. Panasonic will manufacture and supply cylindrical lithium-ion cells and invest in the associated equipment, machinery, and other manufacturing tools based on their mutual approval.

The Gigafactory will produce cells, modules and packs for Tesla’s electric vehicles and for the stationary storage market and is meant to produce 35GWh of cells and 50GWh of packs per year by 2020.