At the UN Climate Summit, Hollywood actor Leonardo DiCaprio delivered a stern message to government leaders, telling them to stop ignoring the reality of climate change. Watch his speech here: 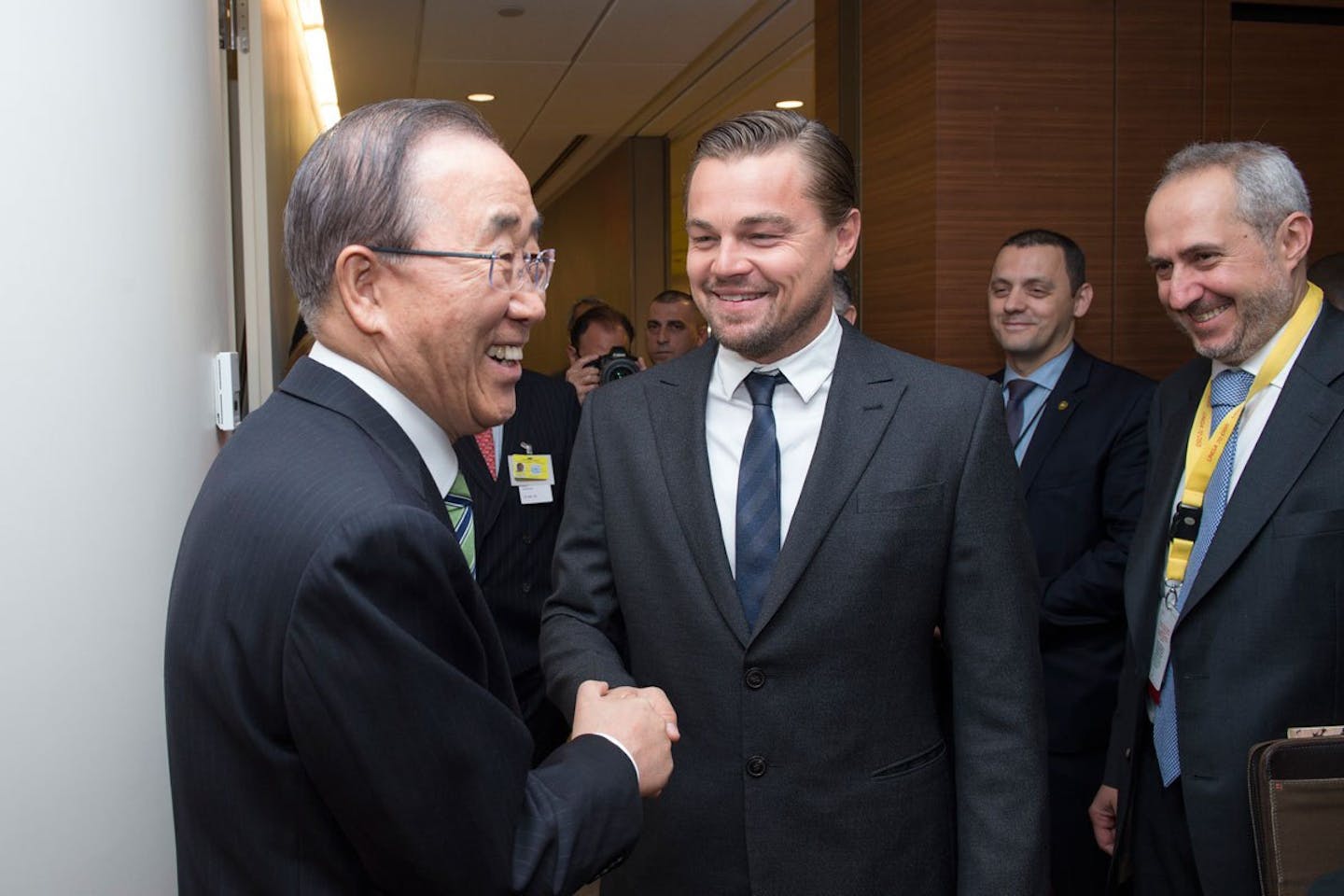 Hollywood actor and environmental activist Leonardo DiCaprio addressed government leaders in a three-minute speech on Tuesday at the UN Climate Summit, telling them that climate change is not a fictitious problem and pretending that it is not real will not make it go away.

DiCaprio, who was recently designated by UN Secretary-General Ban Ki-moon as UN messenger of peace for climate, told 120 dignitaries to take action on climate change that went beyond simple steps such as changing light bulbs and buying hybrid cars. He said: “This disaster has grown beyond the choices that individuals make. This is now about our industries and our governments around the world taking decisive, large-scale action.”

Two days before the summit, DiCaprio joined the People’s Climate March in New York, a massive global call for climate action that was held in conjunction with nearly 3,000 solidarity events and public protests in 166 countries. Organisers said 400,000 people attended the march in New York alone, making it the biggest street protest in history.

DiCaprio also called for putting a price on carbon emissions and eliminating subsidies on fossil fuels such as oil, coal and gas. He added: “We need to end the free ride that industrial polluters have been given in the name of a free market economy. They do not deserve our tax dollars, they deserve our scrutiny,” and emphasised, “leaders of the world, I pretend for a living, but you do not.”

DiCaprio, who became famous in the 1997 epic romantic disaster film Titanic, has been actively involved in addressing environmental and humanitarian issues. He established his own environmental foundation in 1998, supporting biodiversity conservation projects.