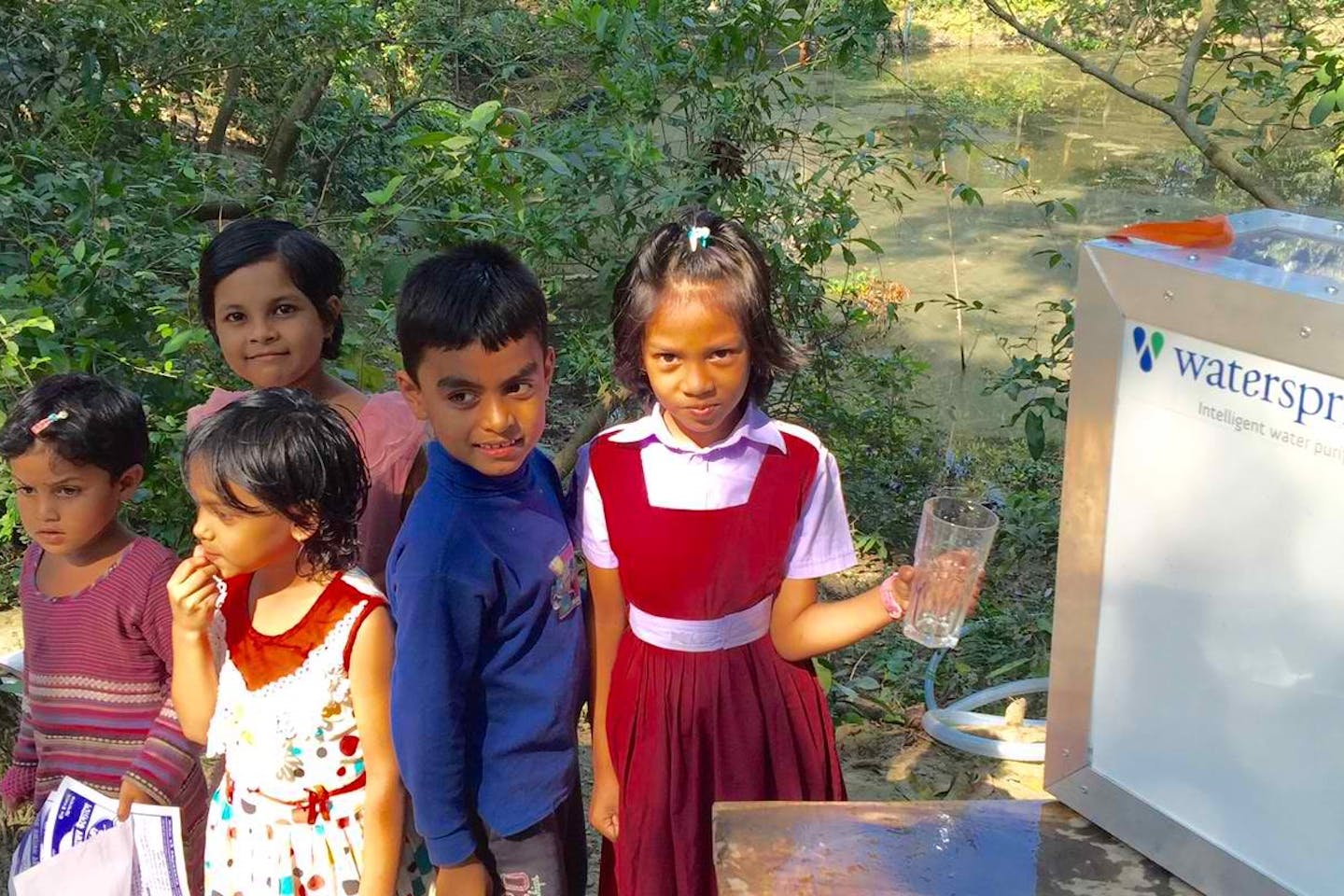 Researchers at Lund University in Sweden have developed a water purification plant that provides clean water far beyond the reach of the electrical grid – thanks to solar cells.

With the help of Nobel Peace Prize recipient Muhammad Yunus, these small and portable solar cell stations have now been placed across rural Bangladesh.

“750 million people lack access to clean water across the globe. To be able to supply safe drinking water is one of the biggest challenges and one of the most important goals for humanity”, says inventor Kenneth M. Persson, Professor of Water Resources Engineering at Lund University.

The environmental company Watersprint, founded in 2013 by Persson and engineer Ola Hansson, has patented the technology that helps disinfect and purify water by combining UV-LED technology with intelligent software and Wi-Fi. Its system of 12 volts is so effective that it can be run by a single solar panel.

The solar cells also charge its battery, which means that the portable facility can be used around the clock and in rural areas without access to electricity.

The order was done by Nobel Prize winner Muhammad Yunus and his organization Yunus Centre. In October, the first unit was installed and by now, another 9 units have been delivered to the pilot project in Bangladesh.

The portable water purification facilities, so-called Micro Production Centres (MPC), are managed by local suppliers and help create jobs for young, unemployed people who run the small facilities and sell clean water in exchange for a small fee. A large part of the population in Bangladesh currently use water contaminated by arsenic.

“It is important that the cost of purifying water is sustainable. Many people can now begin to purchase inexpensive, clean water, and at the same time – in accordance with Muhammad Yunus’s model – a lot of them can make a small profit by running the water purification plants”, says Persson.

Watersprint recently signed a contract with the United Nations about placing 500 portable units in Bangladesh. The units can be connected to Wi-Fi and they include software that monitors the machine. In case of malfunction, the unit will send out alerts via text message to any mobile phone that is connected to it, as well as through the LED lights on the machine.

“The installations are hopefully only the first step to set up similar structures in several other countries that lack access to clean water,” says Persson.