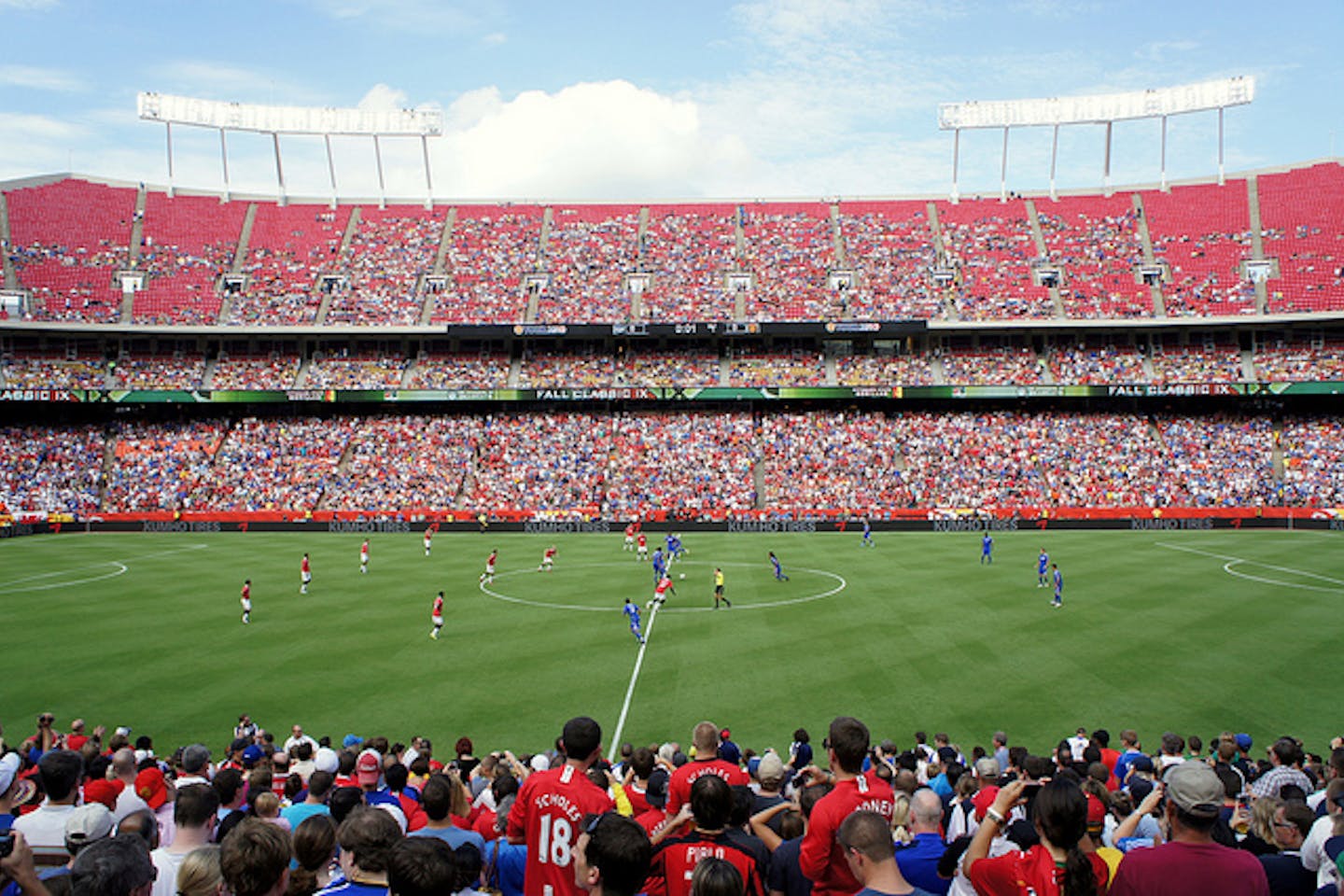 Asia’s most popular English Premier League club is aiming to even the score against plastic pollution with its new uniform, each of which is made out of 28 plastic bottles collected from beaches.

The club, Manchester United Football Club, or the Red Devils, officially unveiled its new jersey last month. Produced by sporting goods company Adidas and environmental organisation Parley for the Oceans, the jerseys are meant to raise awareness about plastic pollution in oceans.

The navy blue shirt bears the Adidas logo and the club’s crest in gold on the shirt’s front, and commemorates the 50th anniversary of the team’s 4-1 win over football club Benfica at the 1968 European Cup.

Richard Arnold, group managing director of Manchester United, said: “This jersey represents an important moment for our club—when we became the first English team to win the competition.”

Designed for United’s next season, the club’s third kit will be worn on pitch for the first time during United’s summer tour in the US.

According to a 2015 study by market research firm, YouGov, Manchester United is the most popular football club in Asia.

“By working with Manchester United to create new, stunning jerseys made with Parley Ocean Plastic, we hope that we can highlight the issue of plastic damaging our oceans, and ultimately encourage and inspire football fans to join us in creating a better environment for everyone,” said Oliver Nicklisch, Adidas’s Category product director.

This is not the first time that Parley for the Ocean’s recycled plastic yarn has been used in manufacturing sportswear. Adidas first used it in 2015 to make sports shoes and it has since been used in the production of football jerseys, with football teams Real Madrid and Bayern Munich donning them for one-off games in 2016.

In 2017, four football clubs from the Major League Soccer league in the United States wore jerseys made from recycled plastic in support of Earth Day. This year, the number increased to 23.

Separately, Adidas has committed to using recycled plastic in all its products by 2024.

Competitor Nike has also designed National Basketball Association (NBA) jerseys using a similar technology that incorporates polyester derived from recycled plastic water bottles. According to Nike, each jersey uses 20 discarded bottles’ worth of plastic, and together with other products synthesised from the recycled plastic yarn, it managed to save over 3 billion plastic bottles from being landfilled.