Loss and damage, here and now

Despite strenuous efforts by many rich governments, loss and damage due to climate change is evident everywhere; UN environment and climate bodies suggest some ways to deal with it. 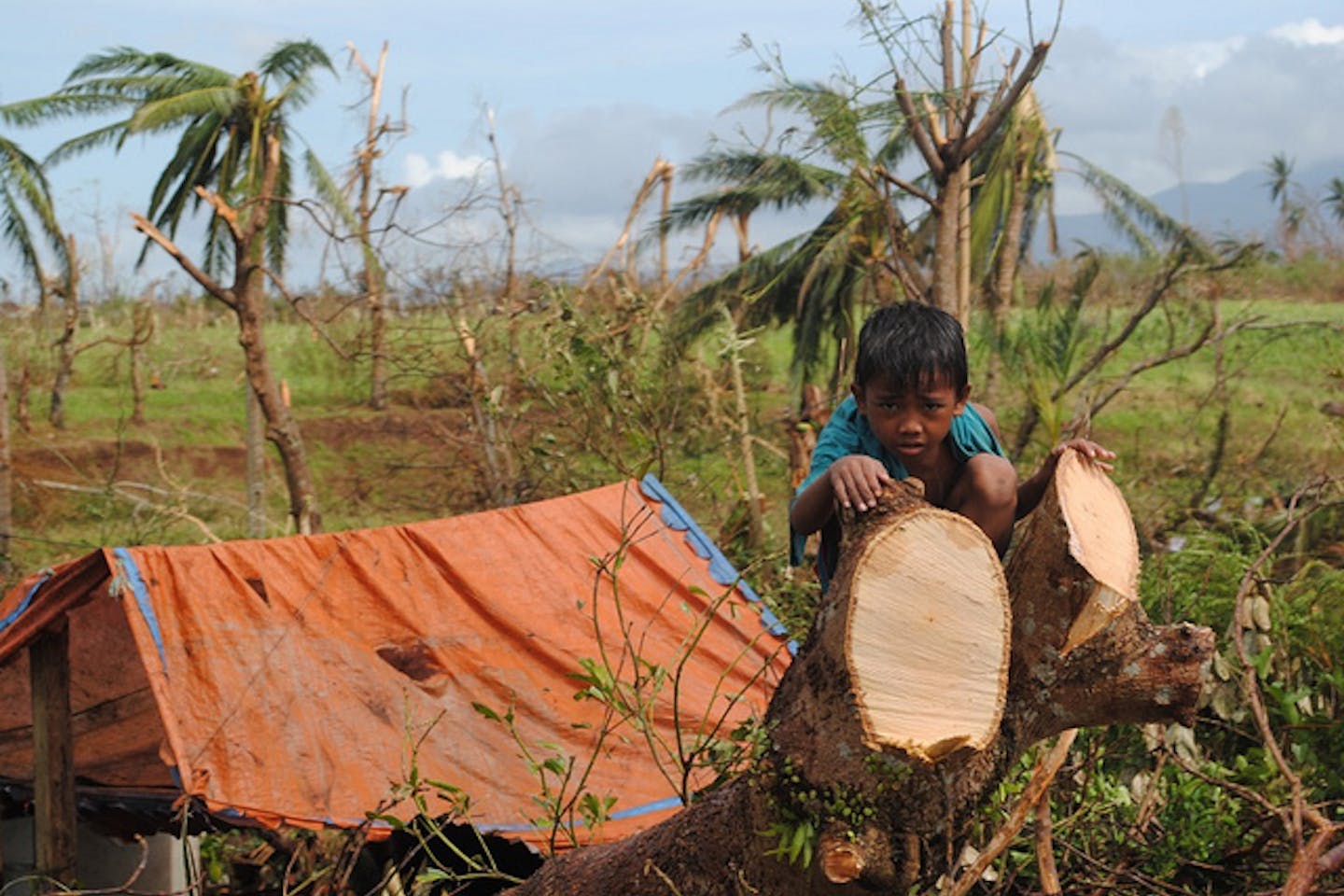 It is now known that human societies are not able to adapt to all the impacts of climate change. There is now so much extra greenhouse gases in the atmosphere, so little effort to mitigate emissions, even less for adaptation, that impacts are occurring and will continue —with more severity and higher frequency.

The inevitable consequences are loss and damage. A recent report by the United Nations Environment Programme (UNEP) looks at the extent of loss and damage the world can expect, and what can possibly be done about it.

The latest report of the Intergovernmental Panel on Climate Change (IPCC) reconfirms that as the world has become 0.85 degree Celsius warmer than in the late 19th century, climate change is making storms, floods and droughts more severe and frequent and raising the sea level. Going by this, countries — especially in the tropical zone — have been facing loss and damage due to climate change since at least the 1990s.

The IPCC has forecast that by 2100, net cereal production in South Asia can go down anything between four and 10 per cent if the world is three degrees Celsius warmer than in the pre-Industrial Age. In India, forecast of decrease in rice yield also ranges between four and 10 per cent; the quantity of maize grown in the monsoon may not be affected at all, or it may go down by as much as 35 per cent, depending on the level of global warming. Pakistan may lose 16-19 per cent of its rice crop and 6-8 per cent of its wheat.

What is going on

Perhaps the first systematic study of such loss and damage following an event occurred after the 2003 heat wave in Europe, which killed around 30,000 people, melted 10 per cent of all the ice on Alpine glaciers, thawed permafrost in Siberia and Scandinavia and led to a loss of USD 14.7 billion in agriculture in the European Union alone.

In large parts of Asia, Europe and Australia, the frequency of heat waves has increased since 1950. Recent studies suggest that severe heat waves, formerly occurring twice a century, are now expected to occur twice a decade.

Authors of the UNEP report have been studying the various effects of Typhoon Haiyan, which hit the Philippines in 2013, killing around 6,300 people and displacing nearly 800,000. The typhoon led to the loss of 260,000 tonnes of rice when paddies were inundated by storm surges. These surges were worsened because in the Philippines, the sea was already 30 cm higher in 2013 than it had been in 1993. In many islands, the surges affected freshwater supplies by getting into ponds and aquifers. It will be years before the salt in the water is sufficiently diluted for people to be able to use it.

There may not be much headway on loss and damage at the political level by the next summit, but operationally the executive committee is making some headway.

Loss and damage can occur from sudden events such as storms, flash floods and landslides. They can also be due to the slow effects of climate change: increasing average temperature, sea level rise, drought, soil salinisation and ocean acidification. All these disrupt food production, water supply, infrastructure and settlements, and human lives and livelihoods.

At the beginning of 2015, in Niger, Nigeria, Mali, Chad, neighbouring countries in the Sahel and in the semi-arid drylands of East Africa, an estimated 20.4 million people were suffering serious food insecurity due to drought, says the UNEP report. Increased drying temperatures – again an effect of climate change – have partially offset the recovery of rainfall since the great drought of the 1980s.

In the US, California faced its worst drought in 1,200 years from 2012 to 2015. The UNEP report refers to a range of scientific research that has suggested a link between human induced warming of the atmosphere and an increase in the occurrence, strength and length of high impact droughts in this region. The economic impacts of the drought on California agriculture in 2015 alone were estimated at USD 2.7 billion.

About 60 per cent of California’s water supply comes from groundwater, a store overdrawn for many decades. The long drought drastically increased groundwater withdrawal and, as a result, lowered the groundwater level and storage capacity. Reduced rainfall also means less replenishment for the aquifers. This has led to an irreversible aquifer-system compaction, causing the land to subside. In 2014 a strip of land 96 km long subsided by 33 cm.

With over 60 per cent of global ecosystems and their services already degraded or exploited unsustainably, climate change worsens adverse consequences, making it important for policymakers to know what is going on and what to expect.

What is to be done

UNEP suggests a number of risk management strategies and instruments described in the Sendai Framework for Disaster Risk Reduction. These are usually for slow onset phenomena such as sea level rise, but can become very useful in dealing with sudden events such as a storm surge. The 2012 Superstorm Sandy would have caused far more damage in New York if the authorities had not been planning for such an event since 2008, says UNEP.

With the IPCC now predicting a sea level rise of 1.3 metres by 2100, such planning and action – whether building walls or planting mangroves along the coast – become crucial.

There are well-known methods of risk transfer, such as insurance, which the UNEP recommends for sudden events such as storms. But it is not optimal for something like inundation of a floodplain every monsoon: due to the near certainty of such an occurrence, the premium would be forbiddingly high, even if an insurance firm was prepared to take on the risk.

For such events, the best way out is to teach the affected population how to handle them and how to live them, says the report. Researchers have often been surprised by the depth of traditional knowledge available to deal with events such as monsoon-induced floods. But policymakers can always help out – one suggestion in the report is to establish local reserve funds that residents can draw on during times of trouble.

Lost and found in climate talks

For many years, loss and damage has been a taboo phrase for government delegates from rich countries to the United Nations Framework Convention on Climate Change (UNFCCC) negotiations. Negotiators from the US government were especially told by their lawyer colleagues that any acceptance of loss and damage due to climate change would open the door to compensation suits in US courts, so they should stonewall anything to do with this concept.

But NGO representatives at climate talks as well as delegates from some poor countries kept pushing. As a result, the Warsaw International Mechanism on Loss and Damage was established at the 2013 UNFCCC summit held in the Polish capital. The 2015 Paris Agreement on climate change turned that into a permanent institution.

The Paris Agreement also came up with some specific suggestions to avert or minimise loss and damage, such as early warning systems for storms and floods; emergency preparedness; comprehensive risk assessment and management; risk insurance facilities, climate risk pooling, and other insurance solutions; and how to improve the resilience of communities, livelihoods and ecosystems.

The executive committee that was set up under the Warsaw mechanism has met twice this year, and is scheduled to meet once more before the next climate summit this November. Harjeet Singh of the NGO ActionAid – who has been working in the area of loss and damage for many years and who attended these meetings as an observer – told thethirdpole.net that the action is now mainly on how to handle displacement of people due to climate change effects and on risk transfer through various forms of insurance.

“There may not be much headway on loss and damage at the political level by the next summit,” Singh said, “but operationally the executive committee is making some headway.” The committee has 20 members, 10 from developed and 10 from developing countries.

This story is published with permission from The Third Pole.