Clothing the Loop: Art made from textile scraps shows the true cost of fashion

An abandoned garment factory in Phnom Penh is reclaimed by artists in a haunting exhibition that depicts the impact of the fashion industry on the environment.

The average person wears about 2500kg of clothing in their lifetime. Picturing that amount of clothes is almost impossible.

But photographers Von Wong and Laura Francois of responsible fashion movement Fashion Revolution found that weight in textiles in the warehouse of a bankrupt garment company in Phnom Penh. Then they made an art exhibition out of it called Clothing the Loop.

While the abandoned fabrics were unsalvageable, the team along with the help of over 50 volunteers from more than five countries, repurposed the discarded garments into artwork depicting troubling scenes from nature.

A white and blue waterfall cascading out of ventilation ducts reflects the 27,000 litres of water needed to produce one cotton t-shirt. 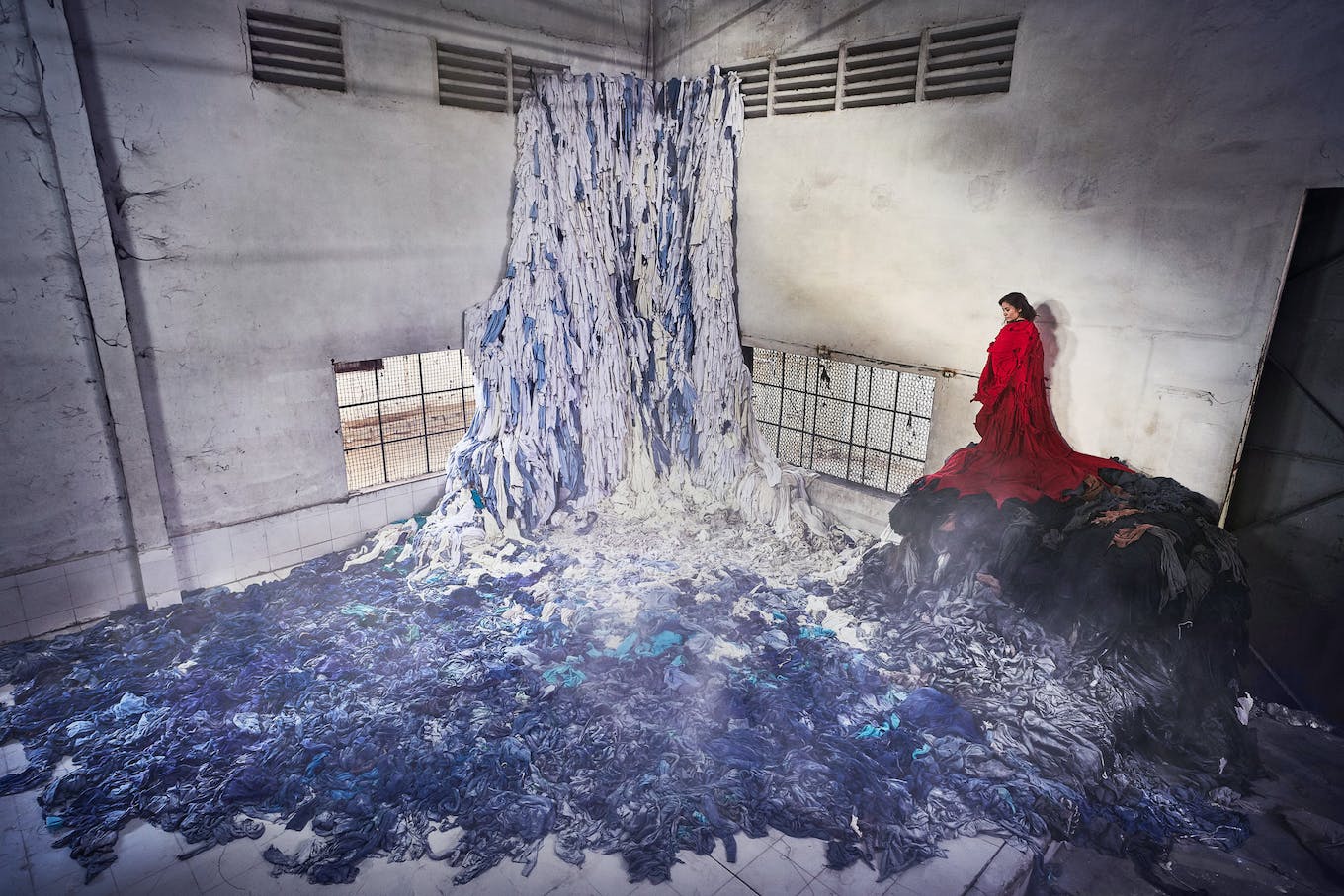 A spindly, leafless tree structure reaching into the collapsing roof represents the 70 million trees cut down yearly for the fibres to make our clothes. Clothing scraps twirling around a spiral metal structure into the scaffolding of the building become a tornado, a symbol of the clean air sacrificed by endless clothing consumption; the fashion industry is expected to produce 2.8 billion tonnes of CO2 per year by 2030.

Von Wong and Francois’ idea behind the exhibit is to spark debate around the circular economy, although it is unclear what will happen to the clothing once the exhibition ends. The process of creating the exhibition looked at the communal aspect of creating art and becoming aware of our impact as consumers.

The old garment factory has since been renovated into a co-working space and art incubator open to the public.